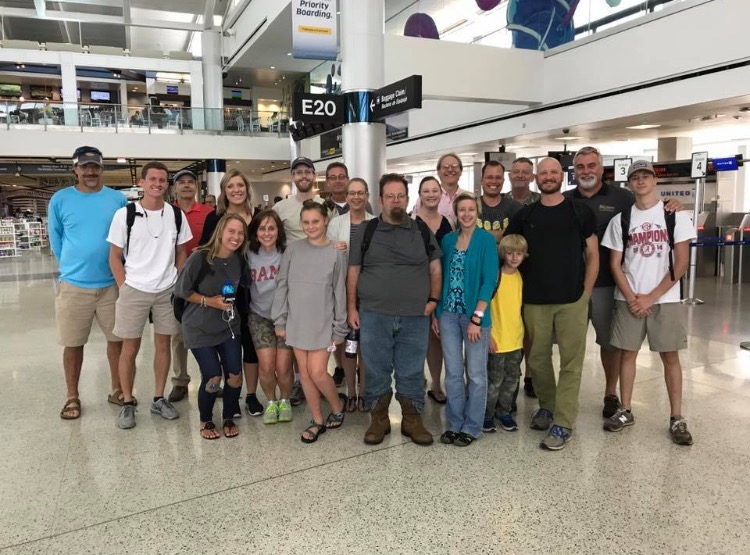 First United Methodist works in tandem with ACE, the American Caribbean Experience, in St. Mary just a couple hours away from Montego Bay. The team has to be careful every year going through customs due to the harsh governmental system but the volunteers feel that the stress is well worth it once they start working with the locals.

Beth Binkowski, a third-grade teacher at East Elementary, made her third trip to Jamaica this year and as a teacher she was excited to help out with one of the local schools that is in danger of being closed.

"On Monday, we did construction on one of the schools that was being shut down. The school reached out to ACE to ask for help because if they shut the school down the kids would have to go farther or just wouldn't be able to go to school at all," Binkowski said. "We helped them build a multipurpose court and some other things that can be used to bring in more people and more money."

They also spent time in one of the classrooms working with some of the students who were still in class during the trip.

"I and a few other members got to go hang out with some of the school kids and I got to go into a classroom and help them with their work," Binkowski said. "Sometimes we complain about the things we have and then I went in this classroom and they had fourth-, fifth- and sixth-grade kids all in one room so it was cool to get to work with some of them and see what they're learning versus what my kids are learning back in the states."

The team was happy to be able to build new facilities for the local people but it was really the emotional support that they thought was most important. The team spent a lot of time at the infirmary caring for the mentally and physically disabled as well as the elderly that don't always get the attention they need.

"People bring their family members there and a lot of the time they don’t come back so these people don’t have family or friends that visit them. We visited with them and took some musical instruments and some of our team members played and the residents got to dance and they really enjoyed that," Binkowski said. "They really just enjoy the human contact because they do not get enough of that."

First United Methodist and their team of volunteers have developed a bond with the people of St. Mary and don't show any signs of slowing down. Some of the team members have even committed to making a trip every year for the next 10 years to continue improving the community and helping them become self sufficient.

"I feel like God has put it on my heart to go and especially now that I've been to Jamaica a few times I can really tell that he has put this country in my heart so I know that I want to go as many years as I can," shared Binkowski.