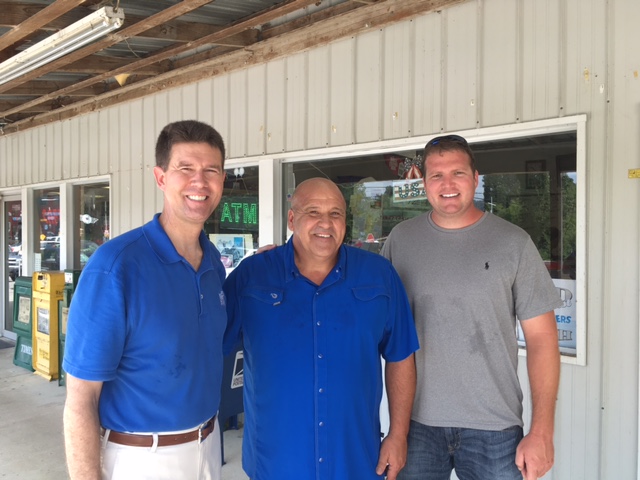 In addition to registration, photo identification, whether a driver’s license or simple state ID, has been required for voters in Alabama since June 2014.

Merrill shared, “We are excited about improving voter integrity, improving voter credibility and ensuring the safety and security of the election process.  That’s what the ID component is all about.

“We’re trying to ensure that each and every eligible U.S. citizen that’s a resident of Alabama is registered to vote and has a photo ID.  People who want to update their voter registration record can do that here, too.”

For those who missed the event, but need to register or update their information, there are still simple ways to do so.  Merrill explained, “They don’t even have to come here to do it.  All they have to do is download the mobile app ‘Vote for Alabama’ for your iPhone or Android; you can do it from your home, or do it from the lake, wherever you want to do it from.  We want to make it easy for people, not hard!”

“Vote for Alabama,” as described in Google Play, “is built to enable all Alabamians to register to vote and locate their registration information, including polling location and the date of the next election in their area, all at their fingertips. In addition this app will allow users to become ambassadors for the Secretary of State’s Office and reach members of the community that may be neglected by traditional forms of registration.”

The three elected officials present when Merrill spoke to The Tribune Saturday were all Republicans, but the secretary wanted to assure people that this is not a partisan effort.

The roughly 500,000 unregistered adult citizens includes those who have been convicted of crimes that would strip them of their voting privileges, as well as persons of diminished mental capacity.

“Most people don’t realize just where we are,” said Merrill.  “Eighty-seven percent of all eligible African-American voters are already registered in Alabama, and 83 percent of all eligible white Alabamians are already registered.”  Compared to other states, according to the secretary, “Our numbers are extraordinarily high, and we’re excited about that.

“We think that we sometimes have to work harder than other states do, because people portray us in a negative light and they say that we’ve been a state that restricted people from participating.  We can’t talk about what people did before we got where we are; we can only do what we can do from this point forward.  And that’s what we want to do. We want to make sure that we’re reaching out to everybody in all four corners of the state, and that we’re allowing them to go where they need to go and do what they need to do.”

For more information about voting in Alabama, or to get registered, visit http://sos.alabama.gov/alabama-votes.  Look for the “Vote for Alabama” app in Google Play and iTunes.