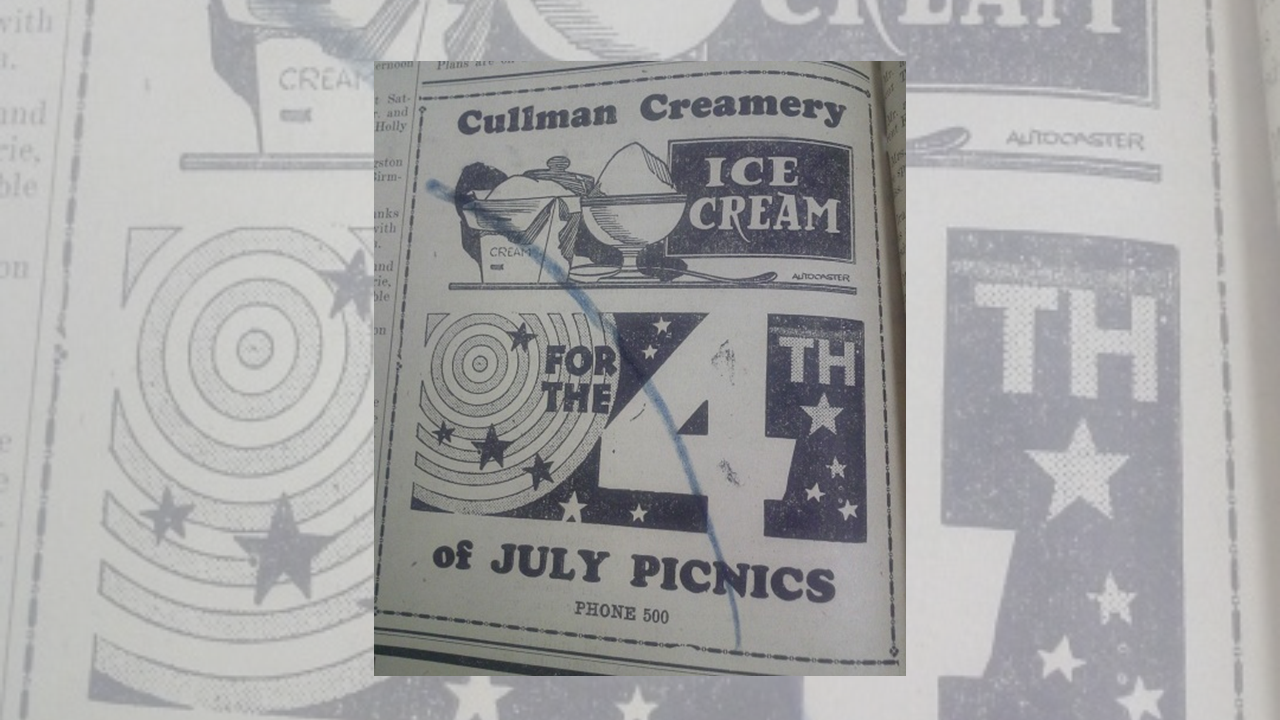 On Tuesday, July 2, 1929, a large hailstorm hit Cullman County. The storm began around 1 p.m., first leaving damage north of the city of Cullman before traveling southeast and causing further destruction. The primary damage caused by the hailstorm was to crops – in particular to cotton and corn- with at least 50 farmers experiencing damage. The hail was large enough to strip cotton plants of their leaves and limbs, and split corn into strings. The city of Cullman escaped the hailstorm, but experienced heavy wind and rain, along with a dust storm. Some minor damage to the city’s electric plant was caused by the storm, by a tree being blown onto the plant’s lines.

On July 4, 1935, a picnic and baseball game was held at Trimble to celebrate the 4th of July. The festivities also included dancing and swimming. All activities were open to the public and free to attend.

On Friday, June 29, 1951, City Park and East Elementary each hosted a pet show. The City Park show began at 3 p.m. and the East Elementary show began at 4 p.m. The pet shows were open to a wide variety of pets, including cats, dogs, fish, birds and even chickens. Some of the prizes awarded in the cat, dog and bird categories included those for the biggest, smallest, youngest, oldest, ugliest, prettiest and best-dressed animals, a prize for the pet dog that did the most tricks, and a prize for the pet with the most complete summer outfit. Prizes in the fish category included prizes for the biggest, smallest, ugliest and prettiest fish.

On July 1, 1954, Compton’s Veterinary Hospital opened its doors. The original location for the hospital was 1007 Catherine Street, west of what was then known at the Dixie Motor Company.

On July 4, 1974, the Cullman Chamber of Commerce held its second annual 4th of July fireworks display. The show began at 8:15 p.m. and was held in Cullman High School’s football stadium. According to Jim Cason, then- director of the Chamber, more than 100 pieces of fireworks were used in all.