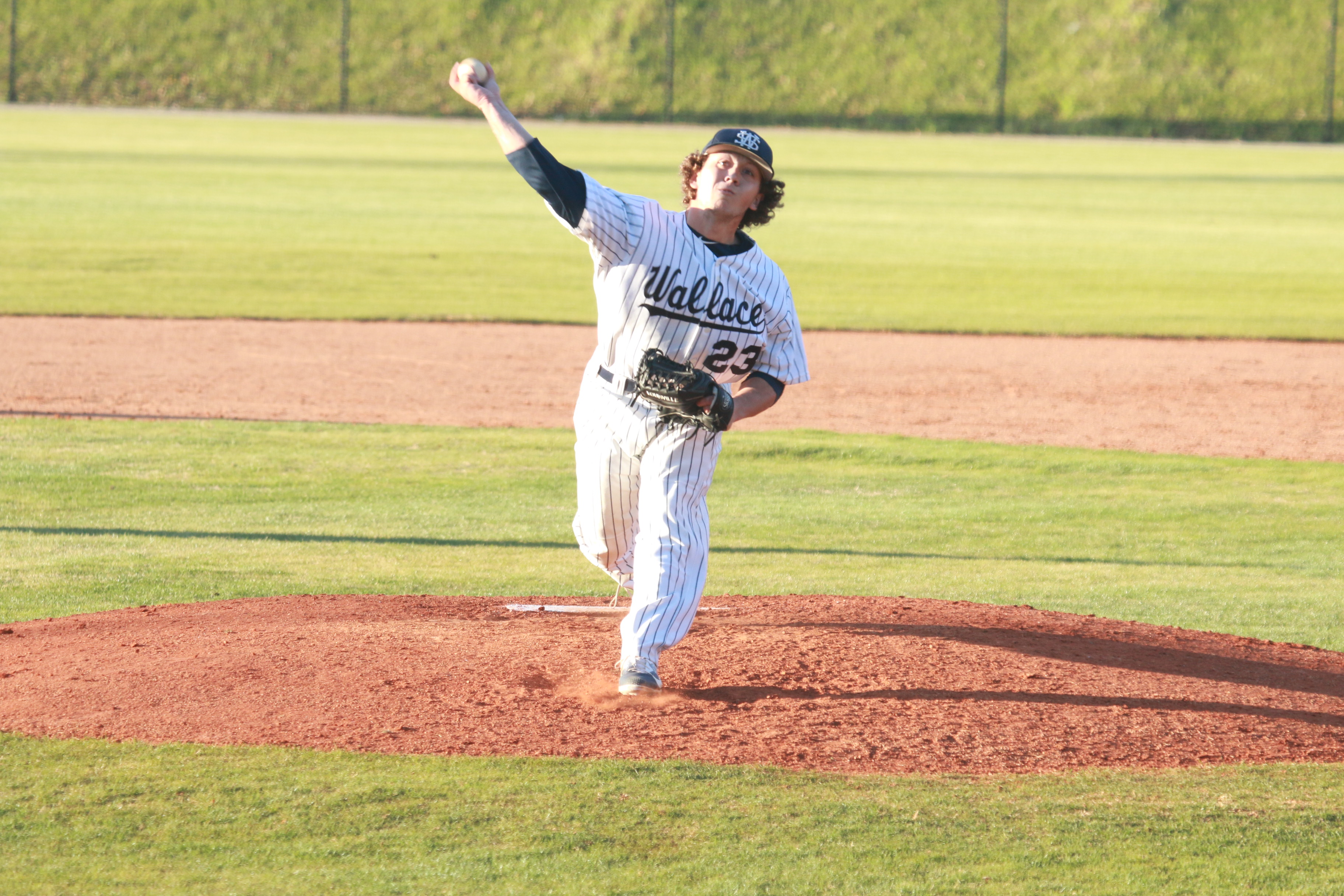 Braxton Light was drafted by the defending World Series-champion Chicago Cubs in the 24th round on Wednesday./ Russell Moore

Light was drafted by the Chicago Cubs in the 24th round, while Rivera, a freshman, was drafted in the 32nd round by the San Francisco Giants. With Light and Rivera being selected, it marks the fifth time in six years a Wallace State player has been drafted.

Light, a Southside High graduate, served as a starter and reliever for Wallace State in 2017, finishing 6-0 with a team-high 10 saves and a 1.90 ERA. He struck out 55 batters in 40 innings as a sophomore.

“Braxton developed into a special pitcher. We were able to use him in every situation possible, whether he started or closed for us,” said Wallace State baseball coach Randy Putman. “I’m proud of Braxton for being drafted. He’s a competitor and hates to lose, so we might just see him pitching in the big leagues one day.”

Light, the 735th selection overall, settled into the closer’s role for Wallace State during conference play in mid-March and tallied six consecutive saves over a three-week stretch.

As a freshman at Wallace State, Light collected a 3.45 ERA in 36 1/3 innings, punching out 61 batters. He is a Faulkner University commitment.

Rivera was also a stalwart on the mound for Wallace State. The freshman from Smith’s Station went 7-1 with a 1.94 ERA and recorded 72 strikeouts in 55 2/3 innings. Rivera was named to the All-ACCC North Division first team.

“I’m also proud of Blake Rivera. I know it’s a good feeling for him. He had an impressive season for us, and I think he has a chance to be an excellent pitcher for a long time,” Putman said.

Rivera, who won a Class 7A state championship at Smith’s Station, was the 966th selection overall.

Light and Rivera were part of a strong Wallace State pitching staff that compiled a collective 3.11 ERA and combined for 11 shutouts, helping the Lions capture the Alabama Community College Conference (ACCC) North Division championship and finish with a 46-13 record.

Light and Rivera become the first teammates to be drafted out of Wallace State in the same season since Jake Elmore and Craig Kimbrel were drafted here in 2007. Elmore transferred to Arizona State after the 2007 season, and Kimbrel returned to Wallace State, raised his stock, and became a 3rd-round selection in 2008.

Hughes, who played for Wallace State during the 2014-2015 seasons, was drafted by the Atlanta Braves in the seventh round on Tuesday after two strong seasons at Georgia Southern. Hughes was the 200th selection overall. He went 19-9 with a 2.36 ERA and 197 strikeouts in 187 innings in his collegiate career between Wallace State and Georgia Southern.

A year after being drafted by the Marlins (30th round) out of Wallace State, Suchey was selected again on Wednesday. He was drafted by the Kansas City Royals in the 26th round (780 overall) out of Alabama after pitching a team-high 73 2/3 innings, posting a 3.18 ERA and recording 70 strikeouts for the Crimson Tide. Suchey is a Mortimer Jordan product.