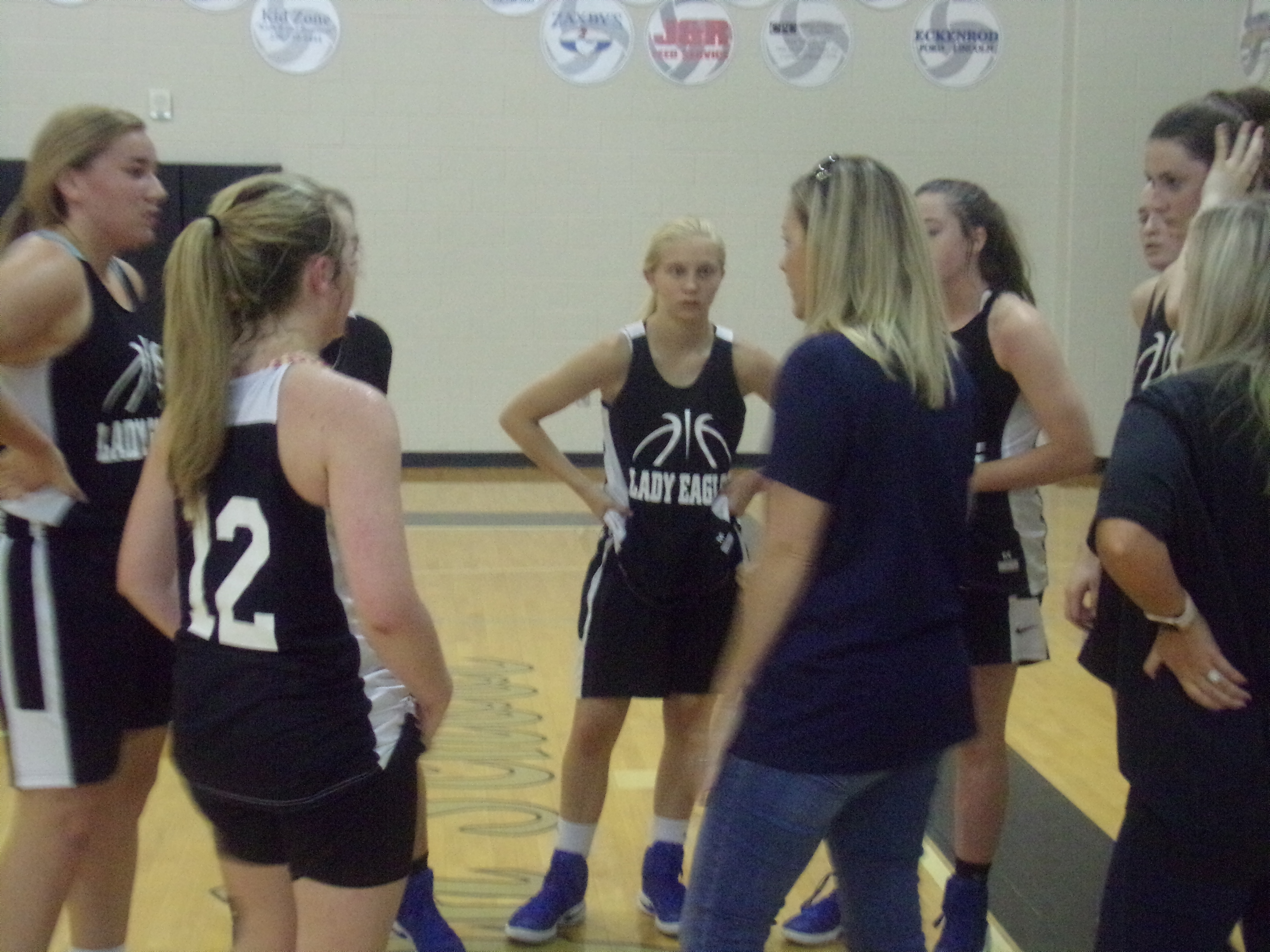 After having success Tuesday in a trip to West Morgan, the Lady Eagles displayed variety in several phases of the game, outlasting Cullman 45-36 and running by Good Hope 57-25.

Cullman finished the three-game agenda with a strong three-point attack to defeat Good Hope 49-16. Cullman has gone 3-4 in its first week of play-day assignments, with Cold Springs 3-1 for the week and Good Hope 2-3.

With the game against Cullman close for the first three minutes, Cold Springs got things going by the three-point shooting of Elizabeth Hill and Toni West. That allowed the Lady Eagles to open the lead to 18-6 when West scored from downtown with 10:58 to play in the half.

Others got involved in the potent three-point parade for coach Tammy West. Camryn Crider ripped a three and Kinley Campbell drained from the wing to make the score 24-6 at the 7:28 mark.

Cullman's offense showed improvement for the rest of the half, going on a 13-6 run and narrowing the margin to 30-19 at the break. Olivia Neal was the spark for Josh Hembree's Lady 'Cats with seven in the period and a couple of treys coming from guard A.K. Eastman.

Kylon Hamby gave Cold Springs another weapon Cullman had to be concerned about in the second half. Hamby landed twice from long range and hit a couple of foul shots to push the advantage to 45-27 with less than four minutes remaining.

Cold Springs' offense hit a dry spell, allowing Cullman to close the game with a 9-0 run. A free throw by Eastman got the Lady 'Cats within 45-36, but time ran out.

Crider anchored the Lady Eagles with 14, Hill tossed in 12, West and Hamby scored eight each with three coming from Campbell.

West was pleased that another player, center Aubrey Negron, contributed on the offensive side. Negorn worked hard in the post against Good Hope's Kate Kent and delivered four field goals for eight points.

A basket she made extended the advantage for the Lady Eagles to 22-8 inside the 6:00 mark of the half. The Lady Eagles clung to a 31-17 cushion when the contest reached halftime.

Cold Springs converted seven shots in the final period, producing 26 points and pulling away from Good Hope, who had trouble getting shots to fall.

Crider had the hot hand in this game with 15 points, West supported her by scoring 13, Hill and Hamby had nine each, Negron eight and Zoe Strawbridge two.

It was a battle with one team scoring and the other unable to. Cullman ended the first half on a 17-0 run in a span of 14:00 to lead Good Hope 21-4 at intermission.

The Lady Raiders scored one basket in the half, a Kent field goal just more than a minute after tip off.

Cullman's three-point scoring accounted for six shots in the final half as they outscored Good Hope 28-12 to gain command of the battle.

Sadie Young found the long range to her liking with three treys while Bowden scored twice and Hoffman knocked down one. For the game, the Lady 'Cats made nine treys in comparison to none for Good Hope.

The Lady Raiders had only six field goals for the game with many attempts not falling.

Good Hope got eight in the post by Kent, Derrick had four and two each by Rudy Garrett and Bobbi Johnson.

Good Hope will be on its way to a play-day trip Thursday to Oneonta while Cullman concludes the second week of the play-day series, visiting the Birmingham area Friday for a couple of games at Jackson-Olin High School.