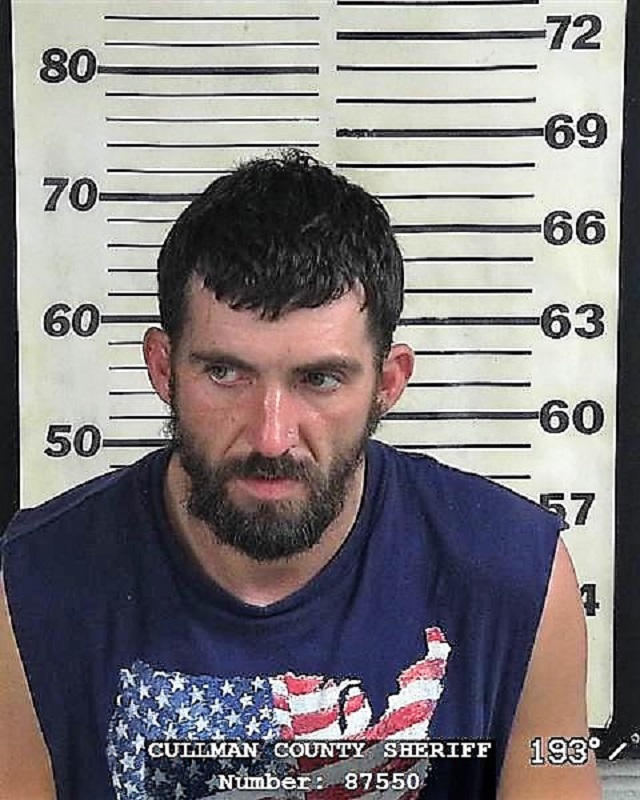 CULLMAN COUNTY – An Arab man was arrested in the early morning hours of Friday, June 2 following an attempted traffic stop at the intersection of Summit Road and County Road 1718 in Cullman County. Joe Louis Moody, 38, is charged with trafficking in methamphetamine and unlawful possession of drug paraphernalia.

Moody allegedly fled at a high rate of speed after Cullman County Sheriff’s Office (CCSO) deputies observed him driving a black motorcycle near the intersection. Moody wrecked around the 2000 block of Summit Road, where he fled the scene on foot.

K-9 Deputy AJ was brought in to track Moody, who was located a short time later hiding under a pile of brush.

Deputies allegedly recovered an ounce of methamphetamine and drug paraphernalia when they searched Moody.

“Honestly, I am proud the deputies persisted after this guy and eventually plucked him out of the brush pile he was hiding under to go to jail and also seize the meth before it could be sold in our county,” said Sheriff Matt Gentry.

Moody is currently being held in the Cullman County Detention Center on a $1 million bond.