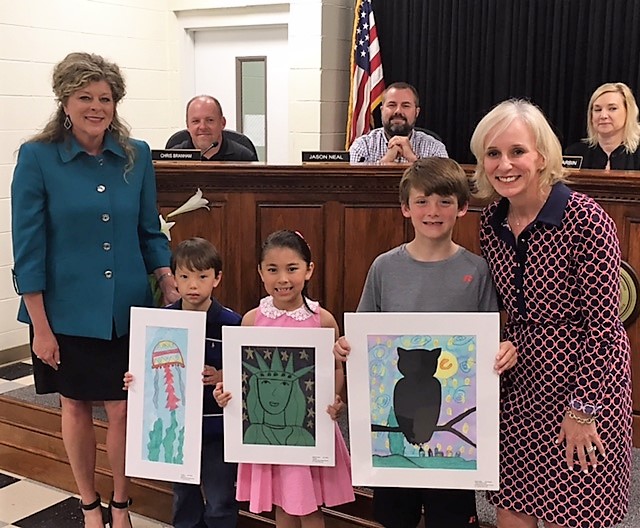 CULLMAN – On Tuesday afternoon, the Cullman City School Board met at the board office with a long list of items on its agenda, starting with recognition of the achievements of some of its students and a teacher who could be the next state Teacher of the Year.

The board recognized Cullman Primary School kindergarten teacher Erica Rutherford for being selected as a top 16 finalist for the 2017-18 Alabama Teacher of the Year.

In other business, the board gave bulk approval to a long list of agenda items, including:

The next Cullman City School Board meeting will be at 5 p.m. on May 16 in Tillman Hall at Cullman High School.  The public is invited to attend.