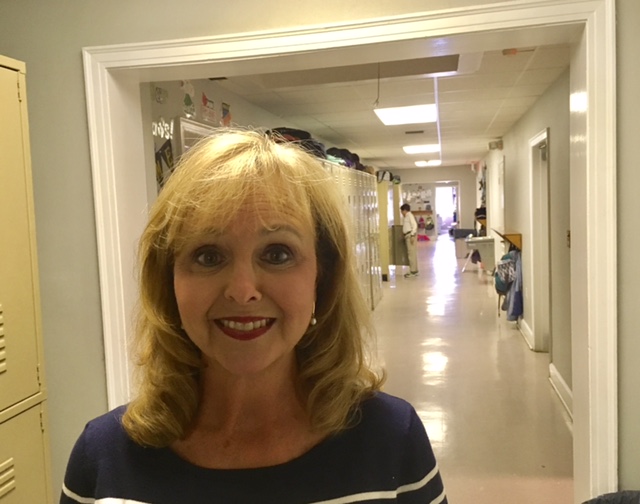 CULLMAN – Cheryl Parker retired a few years ago, after working as a teacher and counselor in the Morgan County public school system for 31 years.  Most recently, she taught at Falkville Elementary School.  Like so many retirees today, though, she might just be busier now than she was back then.

On Tuesday, Feb. 21, Parker was appointed interim principal of Cullman Christian School (CCS) when Rachael Howze left to take a full-time position at Wallace State Community College.  She started last year as a part-time teacher in science and English, and was serving as the school's counselor this year when she was approached about the promotion.

An Arkansas native who spent her older youth in Texas, Parker graduated from Arkansas State University and earned her master's degree in education from the University of Alabama at Birmingham.  She is married to Stephen Parker, an attorney with Regions Bank; the couple has two adult daughters.

CCS is in its 10th year of operation, an interdenominational institution located at Seventh Street Baptist Church since the loss of previous facilities during the 2011 tornado.  With less than four years remaining on its agreement with the church, CCS is engaged in a capital campaign to fund the construction of a new facility on Golf Course Road.  Parker spoke highly of the good relationship between CCS and Seventh Street, but noted that the close quarters often create inconveniences for both entities.

"We're so thankful that they let us be here," said Parker, "but we're also looking forward to having a place of our own."

The school is small by any standard, a Pre-K through 12th grade program with a 25-member staff and 130 students.  Parker considers the small size to be an advantage, in that students are able to receive far more attention from teachers than they would get in a larger school setting.  And, unlike some private schools, CCS boasts a faculty composed entirely of state-certified teachers. The academic outcomes are impressive.

"We have a 100 percent graduation rate," Parker boasted.  "We don't have anybody that drops out.  All of those who have graduated have gone on to college.  Last year's graduating class received over $700,000 in scholarships.  Every student received some type of scholarship."

That number gets even bigger when you find out that last year's graduating class had only nine members.  That averages out to over $75,000 in scholarship money per graduate.

All of last year's seniors scored higher than 25 on the ACT, and more than half exceeded 30.  The school, though not currently accredited, is working toward that goal.

"That is something the board talked about at the last board meeting," Parker noted, "so it is being discussed; and we know that's something we're going to have to do.  But all of our teachers are certified, and no college has ever refused to accept one of our graduates."

CCS has just created a new partnership with local homeschool groups to begin a co-op program which will allow homeschool students to take certain classes at the school, and will allow those students to participate in CCS sports.  CCS students who might enroll in the academic Fast Track program at Wallace State will be eligible for sports programs as well.  The school currently has basketball, baseball and softball teams.

Parker is proud of her school, saying, "We have small classes, we have great teachers and we can offer more one-on-one instruction for the kids in a Christian environment, which is so important to me.  A lot of people would like for their kids to go to a Christian school, especially in today's society.  It's scary to me what some kids are facing, that they shouldn't have to face at young ages; in a Christian environment, they're not going to have to deal with that kind of stuff.  I think that's something parents are looking for, and here they will see that difference."

Parker encourages interested families to call the school, arrange a tour and have their kids come and sit in for a day.  Enrollment for the 2017-18 year begins this week.  For more information, visit www.cullmanchristian.org or call 256-734-0734.