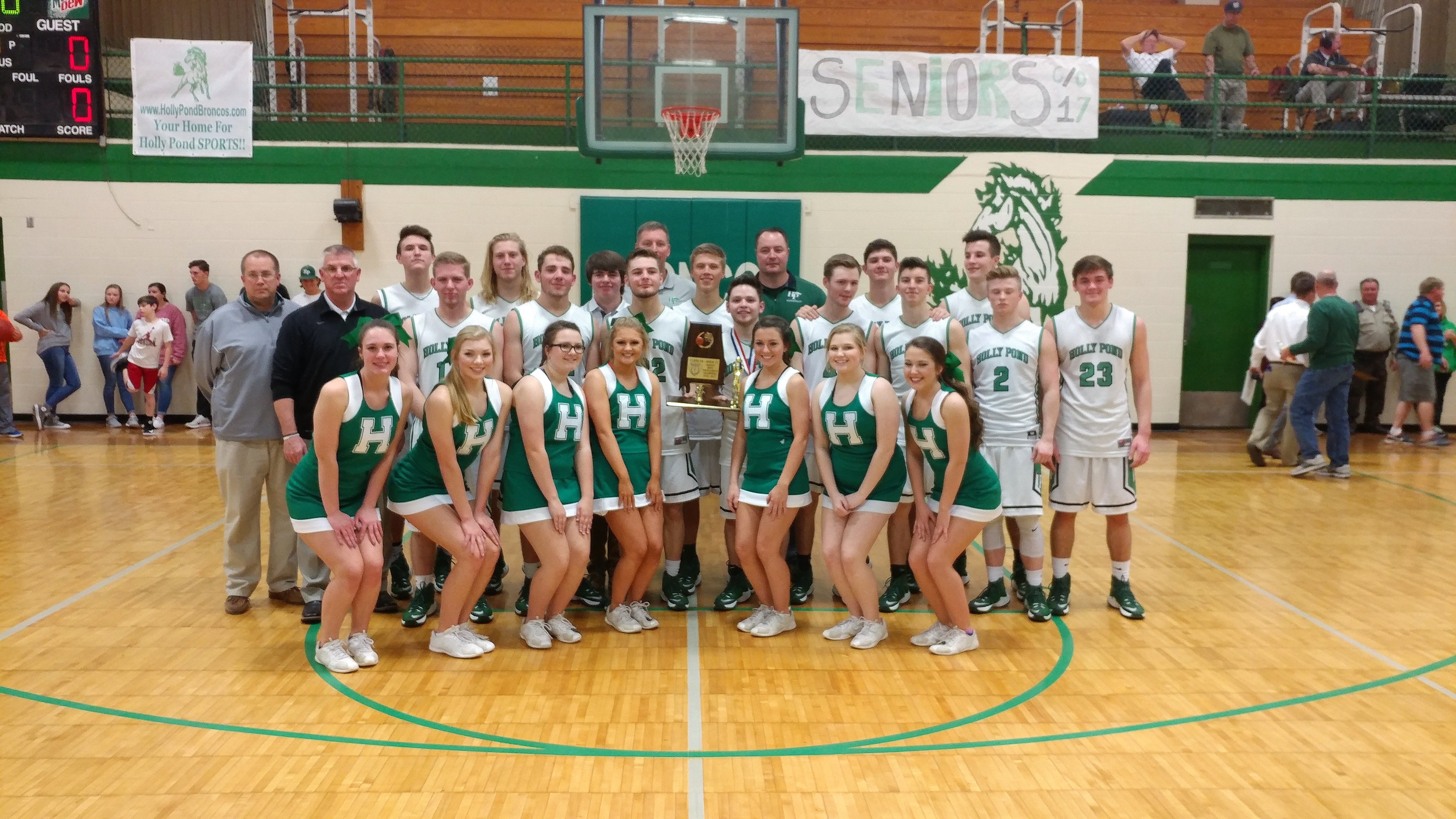 HOLLY POND – For the 29th time this year, the Holly Pond Broncos did what they do best- win. The Broncos defeated the Locust Fork Hornets by a final of 101-49 to win the 3A, Area 11 Championship and earn the right to host their sub-regional game Tuesday night at 7 p.m. versus Carbon Hill.

Multiple 3A state high jump champion Matt Cahoon showed off his hops for the 30th time this season, tipping the ball to a Bronco to open the game. On the ensuing possession, Griffin Morris buried a three in the corner to start a 10-0 run that included another three my Morris, a long ball by Cahoon and a layup by Morris that forced a Hornet timeout. Out of the break in the action, Drew Jones and Dawson Foust got in on the point parade to help push the Bronco lead to 17 before Daniel Goss hit a three for the first Hornet points 4:04 into the game. Bay Etheredge added four for the Hornets, but the Broncos offense was too much and they took a 21-7 advantage after one.

Morris continued to have the hot hand in the second, starting the Broncos off on the right foot with four points on back-to-back tips down the floor. Goss converted a 3-point play on the Hornet end, but the Broncos kept the pressure on with their starting five early and their bench late to take a 49-26 lead at the half.

The third was full of rough action and controversy; the game got muddled when Jones was hit with a technical foul after getting upset about a particularly hard foul where no play was made on the ball and he was thrown to the floor. His shot went in but he was awarded two free throws as well, causing a delay in the game as the miscue was sorted out.

After the confusion, it was back to business as usual for the Broncos, as the dominated the third and took a 50-point lead to the final frame.

Holly Pond continued to apply pressure and at the 1:01 mark, Reid Hollis hit a layup to make it back-to-back century mark games for the Broncos. The win broke the all-time single season win record set in the 1983-84 and 1986-87 seasons.