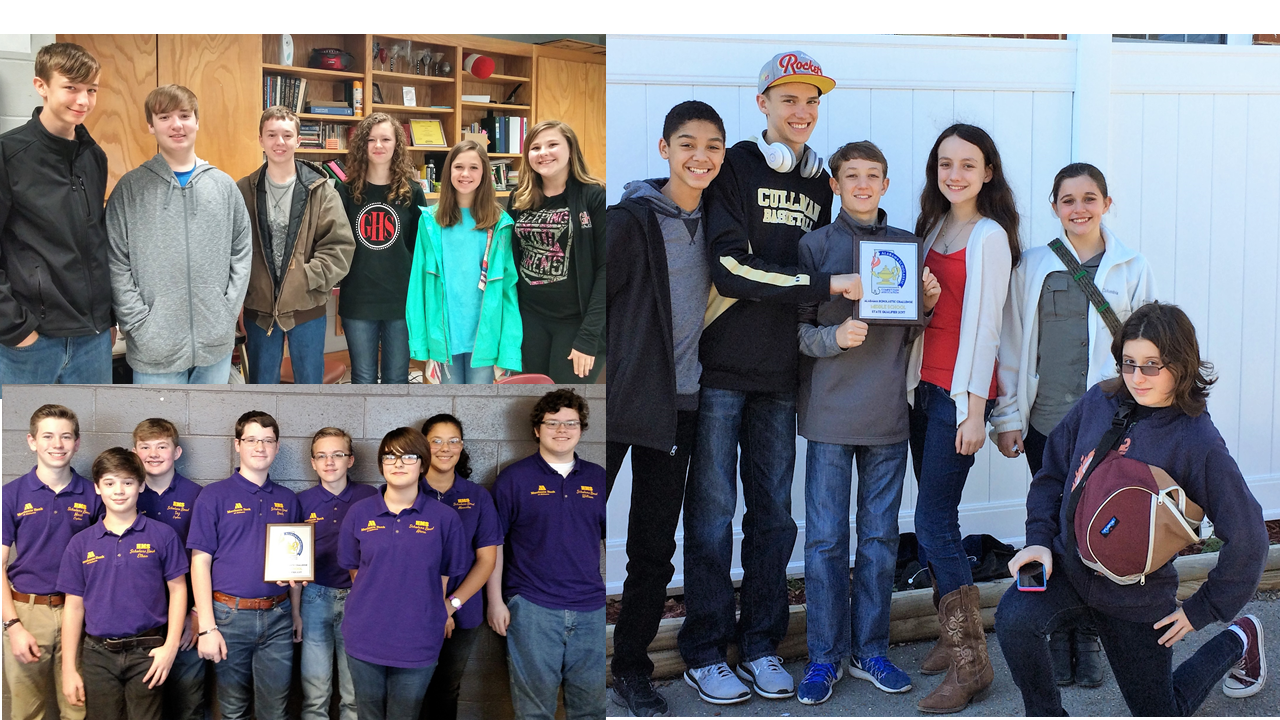 Joining them are three area schools that qualified for the ASCA's state middle school tournament, which will be held at Hoover High School near Birmingham, also on Feb. 25.  Cullman, Good Hope and Hanceville Middle School teams will meet teams from 27 other schools around the state, to compete for the title of Alabama Middle School Scholar’s Bowl Champion.

The Tribune asked the coaches/sponsors of each team to tell us about their teams and experiences.  All three sent in team rosters and photos, and their comments are below.

Mike Briscoe of Good Hope Middle School said of his team, "We are very excited to be going to the state championship.  We have been practicing very hard, and we are glad that it has paid off.  Our team is very diverse, and that's another reason for our success."

Carrie Morrow of Hanceville Middle School said, "I have been the scholar’s bowl coach since 2005. During this time, we have had teams that have won at the local level. We have never participated at the state level. I am very pleased with the hard work and dedication of my team. They deserve the opportunity to go to state. Their parents are very supportive and come to most of our matches and for that I am very thankful. I would also like to thank the faculty, staff and administration for their support. Our faculty does a phenomenal job at teaching these students every day, and I owe part of their success to them."

For the recent district tournament, only six students are allowed to participate.  Deciding on those six was a difficult task because all of the students have contributed to the team this year.  The district team was made up of Cade Barnett, Jackson Llewellyn, Morgan Shikle, Kirin Tisdale, Cannon Trimble and Dante Woodard.  They did an awesome job by winning every round of the tournament.  I am very proud of these students.  I have to give full credit to these students for all that they have achieved."