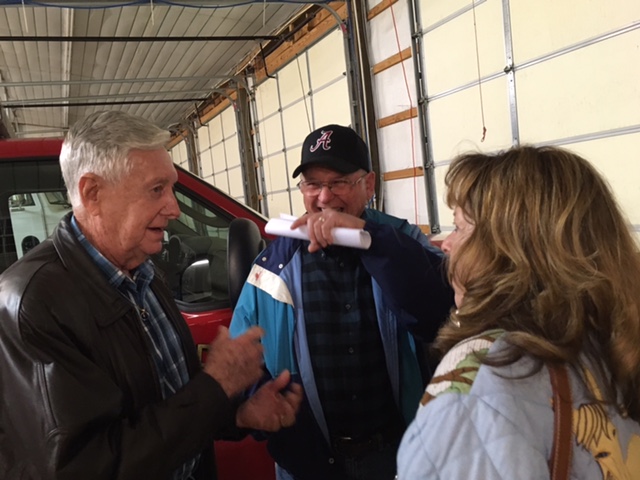 BETHSADIA – The Bethsadia Volunteer Fire Department (BVFD) board held its regular monthly meeting on Thursday evening.  Much of the discussion centered on the results of a special called meeting held Jan. 16.

At the special called meeting, remaining members had to pick up the pieces in the aftermath of three resignations that took place at the regular board meeting on Jan. 3:  Board Chairman Dan Willingham, Treasurer Steve Moody and Randall York.  All three resigned after the board voted to reject a bylaws amendment that would have allowed a special election, though none of the three named that as their reason for departing.

At the meeting on the 16th, the shakeup continued as embattled longtime BFVD Chief Buddy Carden resigned, and additional board member Jason Dean also gave up his post.  Dean stated that, though he would no longer serve on the board, he would continue as a firefighter.

At that same meeting, the rebuilding began.  Keith Bates was nominated and approved as the new chief, while Carden was voted in to fill one of the vacancies on the board.  Don Wilbanks was elected to fill an additional vacancy, and was named board secretary.

At the February board meeting, Bates took charge as temporary moderator.  Among the items of business was the nomination of Rayburn "Butch" Cupp to fill a remaining board vacancy; the motion passed.  Cupp has an accounting background, and was appointed to serve as board treasurer.

The current board of the BVFD is now as follows:

Among his first acts as the new chief at the Jan. 16 meeting, Bates brought a motion that the BVFD instate a drug testing policy for new firefighters and any firefighter involved in an accident.  That motion passed, and was clarified and expanded with the passing of a further motion at the February meeting.

In other business, the board voted to purchase turnout gear for Bates in the amount of $2,900 (Edwards stated that the actual cost would be slightly lower, since Bates already had a few of the necessary pieces of equipment), and to allot approximately $3,400 to purchase replacements for hoses that recently failed testing.  The board also voted to enroll in a $95 per year state service that will provide low-cost criminal and driving record background checks.  Bates brought a motion to sell a department tanker truck no longer in use, but that motion was tabled until the next meeting, so a fair price for the truck can be established.

The BVFD board of directors meets the first Thursday of each month at 7 p.m. at Bethsadia Fire Station no. 1.  The public is invited to attend.