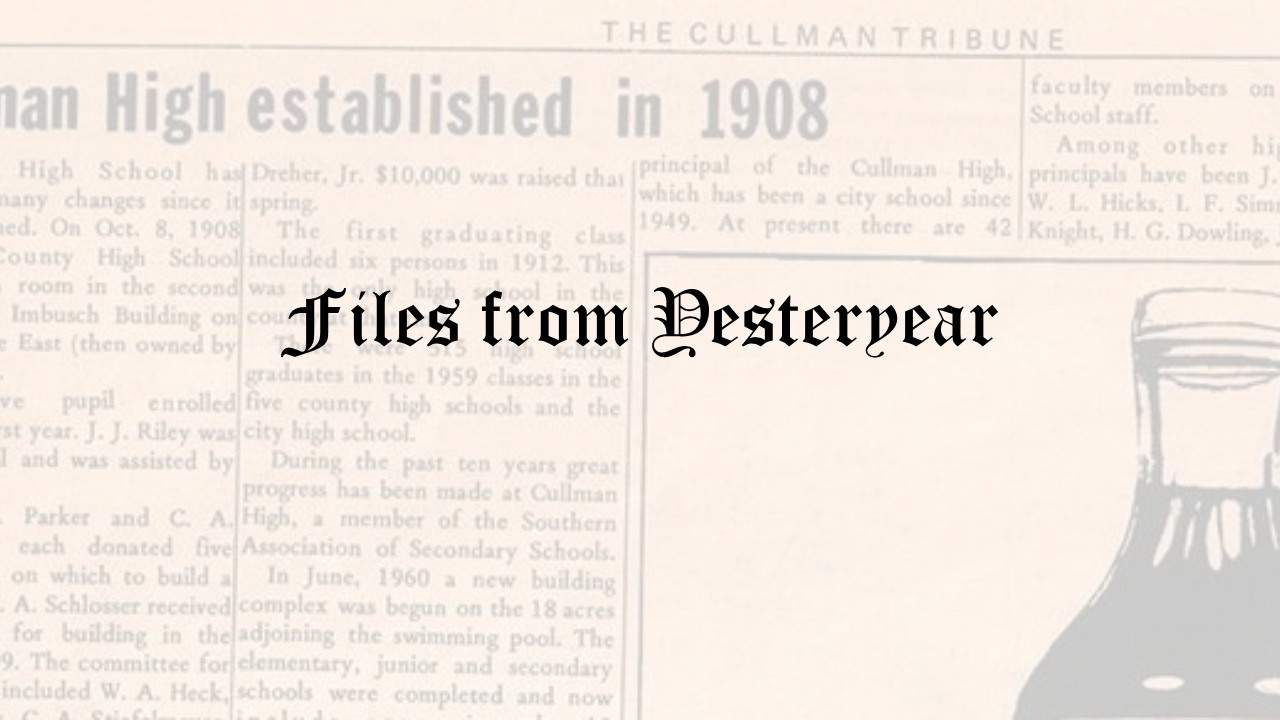 The first open cotton boll of the season that we have seen was brought in on August 17th, by James Trapp.

The hat trimming party at H.L. Heidleberg’s on Tuesday evening was largely attended and was a pleasant affair.

Fire at early dawn on Sunday destroyed the storehouse and fixtures of N.J. Stewart and Sons and the vacant building formerly occupied by the Hays Drug Company.

A meeting of the school board was held on August 15th, attended by three of the five members. J.H. Karter, W.H. Jones and E.M. Stone were present. They elected the teachers for the coming school year, which will begin on September 26th. S.H. Green was elected principal, at a $45 per month salary, Charles G. Speegle, teacher of the intermediate department at $30 per month and Miss Magdeline Scheiterle as primary teacher at $25 per month. The financial statement for October 1897 to July 1898 shows receipts to be $1,383.05 and expenditures to be $971.92, leaving a balance of $411.13.

J.M. Biggs is erecting a shop and wagon factory at his residence, near Trimble.

Fritz Homberg, a veteran German shoemaker, who had worked and lived alone for many years, died suddenly on Wednesday morning. He had accumulated $18.75 in cash, which will suffice to defray his burial expenses.

Mrs. J.E. Clark left on Saturday morning for Grand Rapids, Michigan, with the hope of regaining her health.

Mr. and Mrs. W.H. Jones are spending a week in Vermont.

Mayor John F. Beyer is in Louisville, Kentucky, this week.

An unsuccessful applicant for principalship of the City School vouched for his ability to teach anything taught in a school and therefore need (he wrote) “know recommendation” beyond that.

Bertas Mackentepe, who recently purchased the Alabama Hotel, is remodeling the interior.

The home of W.C. Wilhite was destroyed by fire on Friday night, about 11:00 o’clock.

The Mothers Club is sponsoring free dental and medical examinations of the Cullman City School pupils. The physicians and dentists are giving their services free.

Mr. and Mrs. Alva Gene Tucker, Bernice Tucker and Mrs. W.B. Wood have returned from Akron, Ohio, where they attended the funeral of their cousin, Edgar A. Tucker, last Friday.

Funeral services were held on October 9th at the New Prospect Church for Mrs. Eula Hutchinson, age 42, of Gardendale, who died at her residence, on October 7th.

Surviving are her husband, Leonard Hutchinson; her parents, Mr. and Mrs. L.D. Grimmett; a sister and three brothers.

Mrs.  Nancy Knight, age 78, was injured in an automobile accident on Monday afternoon in Hanceville. She received a broken leg.

The accident occurred on the street in front of Warren Brothers Store. Miss Lula Mae Knight, driver of the car, in which Mrs. Knight was a passenger, hit a parked car and then ran into a house.