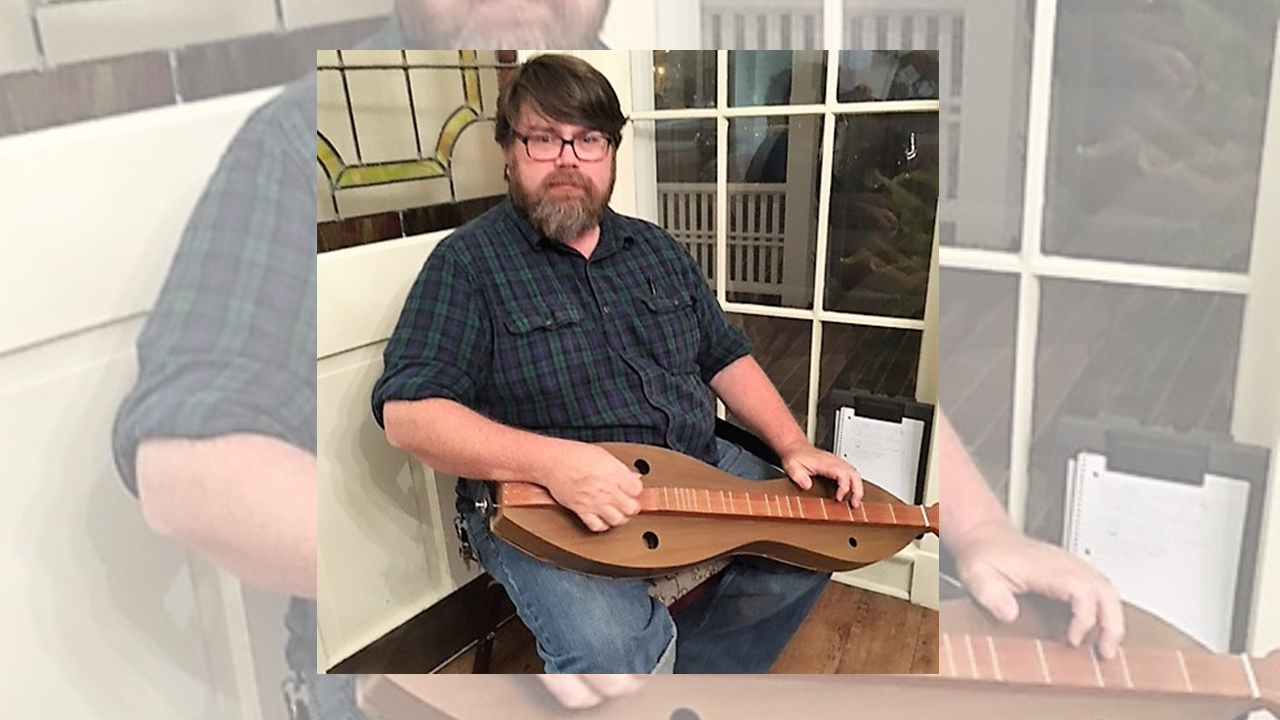 When you stop to consider that Craig Mann has performed on 38 musical instruments, it makes all kinds of sense to refer to him as the Music Man. That’s more instruments than most people can name in a trivia contest.

Mann was the assistant curator and music historian for Old Alabama Town in Montgomery from 1997 -2006, and was the top Alabama finisher in the dulcimer competition in 2015 at the Old Time Fiddlers Convention in Athens, Alabama, which garnered him the title as the Alabama State Dulcimer Champion for 2015-16.

He holds the United Daughters of the Confederacy's Jefferson Davis Medal for preservation of southern history for his work in the preservation of music of the Civil War era.

According to Mann, his interest in history reaches way beyond music. He has won craft competitions in historical leather crafting, traditional blacksmithing and hand sewing reproduction historical cloth goods. “I have also been a reenactor, portraying characters of the early French colonial era, French and Indian War, Creek War/War of 1812, fur trade era, Civil War and Old West,” he said.

Mann started playing more than 25 years ago, at the age of 25. His parents were musically inclined, both sang around the house, and his mom sang in the choir and was the church pianist. She realized that her son had a gift for music when she was practicing for the upcoming Christmas season one year. “She had been playing ‘The Little Drummer Boy’ and got up from the piano to do something,” recalled Mann recently. “I climbed up on the stool and began playing the same tune.”

He was 6 years old at the time. His mother immediately arranged for him to take music lessons, but after a few months, Mann says that he got kicked out of both piano and organ lessons, which ended his parents’ funding of his budding career.

Much later, in about the 10th grade, he picked up a guitar and began playing it. The following years in high school, and later on in college, he would return to the piano, often earning extra money in college by playing piano in area churches around Birmingham.

He attended college at Samford, where he majored in religious education, with a minor in psychology, then went on to attend graduate school in New Orleans at the Baptist Theological Seminary, where he did some elective studies which included classical guitar.

As a musician, he didn’t have much interest in the dulcimer until years later, when, in April 1991, he was host to contemporary Christian star, Rich Mullins, who was proficient on the instrument. The sound so intrigued Mann that he drove from New Orleans to Birmingham to buy his first dulcimer soon after hearing Mullins in concert.

That began his love for the instrument which eventually led him to share its unique sound with students in the Cullman area. One of the reason’s he elected to teach this, out of all the other instruments he might have chosen, is because it allows students the opportunity to learn the basics in about two minutes. “Most leave their first lesson knowing how to play ‘Mary Had a Little Lamb,’” said Mann, “That gives them a lot of confidence to keep coming back each week for more complex lessons.”

Along with his advanced students, Mann is one of a nine-member performing group called Mountain Melodies. The group performs at venues such as Peinhardt Farm Day, Oktoberfest, the Strawberry Festival, Farm Y'all, the Farm to Fork dinner, Blountsville and Hanceville Christmas open houses and at several local churches.

“The dulcimer has a lot of complex levels, but it offers students a way to gain self-confidence quickly, so that they don’t get discouraged,” he pointed out. “This instrument works on a tablature similar to the number system used in the ‘paint-by-number’ concept,” he explained. “Students can take it as far as they want to go.”

Mann has produced some instructional YouTube videos for those who want to familiarize themselves with the instrument. Enter ‘Dr. Bill’s Mountain Music’ to check them out. If you would like more information, contact Mann at wcraigmann@yahoo.com.

“I also encourage people who think they might want to enroll in classes to come and sit in on one before signing up,” he suggested.

Mann has served as music director of several churches and is currently a reporter for the Cullman Tribune, the father of a son, Hunter, and a daughter, Bonnie Heather, both of whom are in the marching band at Holly Pond High School. His wife, Lana, is a respiratory therapist. The family makes their home near Holly Pond.

Mann has lectured on early Alabama history, and is currently awaiting publication of his biography of Creek Chief Samuel Moniac by NewSouth Books.

If you would like to attend a class, or sign up for classes, or book Mountain Melodies for a performance, contact Mann at wcraigmann@yahoo.com or call the Donald E. Green Senior Center at 256-734-9157.

The Donald E. Green Senior Center is located at  510 Fifth Street SW in Cullman. Hours of operation are Monday thru Friday 8 a.m. – 5 p.m.