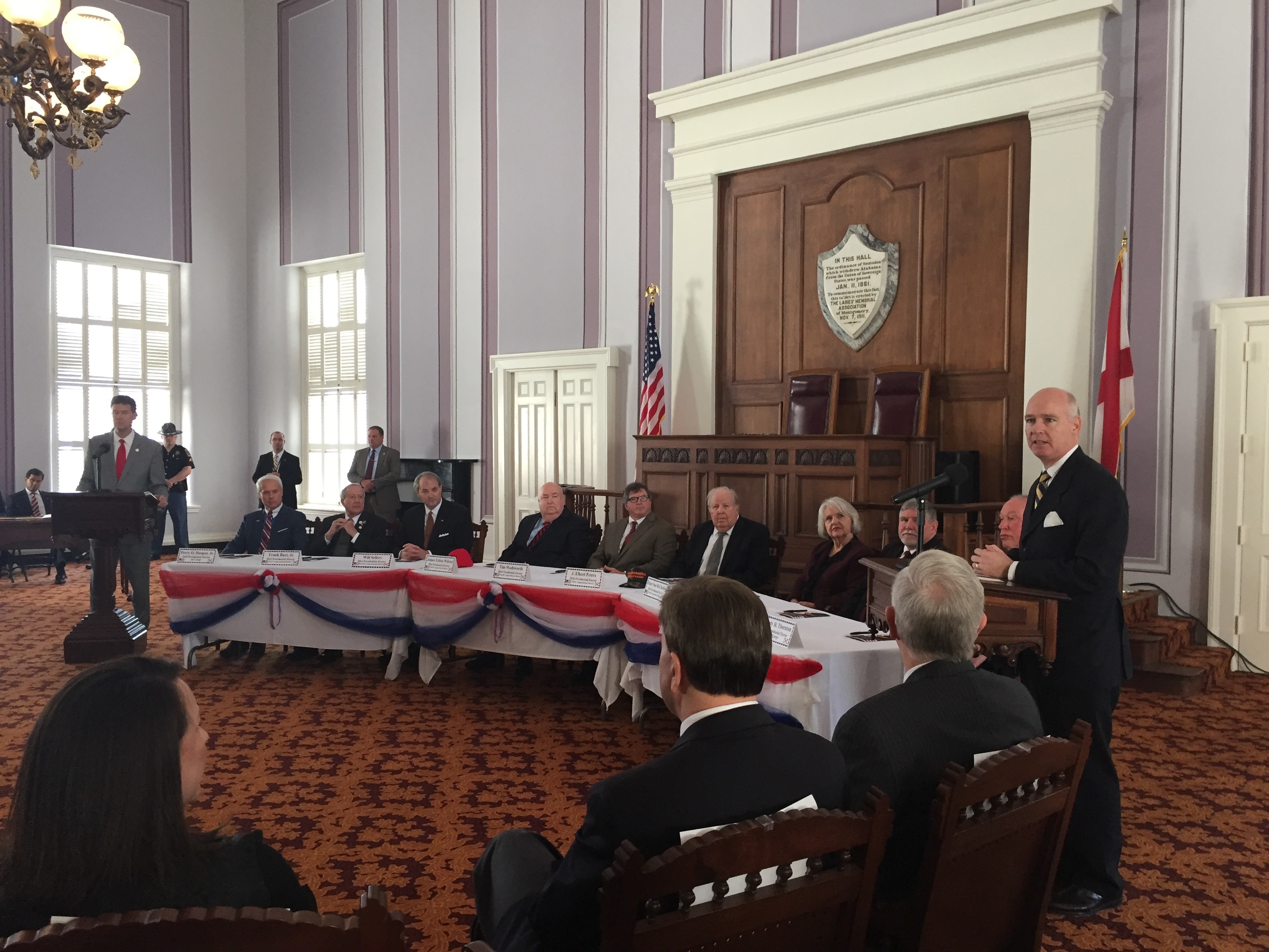 WASHINGTON, D.C. – Congressman Robert Aderholt, R-Alabama on Monday released the following statement after attending the vote of Alabama’s nine members of the Electoral College where they cast their votes for Donald Trump and Mike Pence.

“I was both honored and humbled to be in attendance today as the nine Alabama members of the Electoral College cast their votes.  Also, I appreciated the opportunity to speak on behalf of the other members of the Alabama Congressional Delegation at the Capitol in Montgomery. As expected, the nine electors cast their votes for Donald J. Trump for President of the United States and Mike Pence for Vice President of the United States.

“Watching the electoral process playout (sic) is truly like having a front row seat to watching the United States Constitution work and perform just as our Founders intended more than 200 years ago. John Adams summed up the reasoning behind our system of electing Presidents when he wrote about his fear of ‘tyranny of the majority.’ The Electoral College is in place to assure that the voices in small to medium sized states are not drowned out by the wishes of the largest states. The Founders’ system works.

“Now the hard part begins. With the election of Mr. Trump, the voters gave marching orders.  Those orders are clear and come January, I will work with my Republican colleagues to see that a new agenda for the American people is our top priority.”