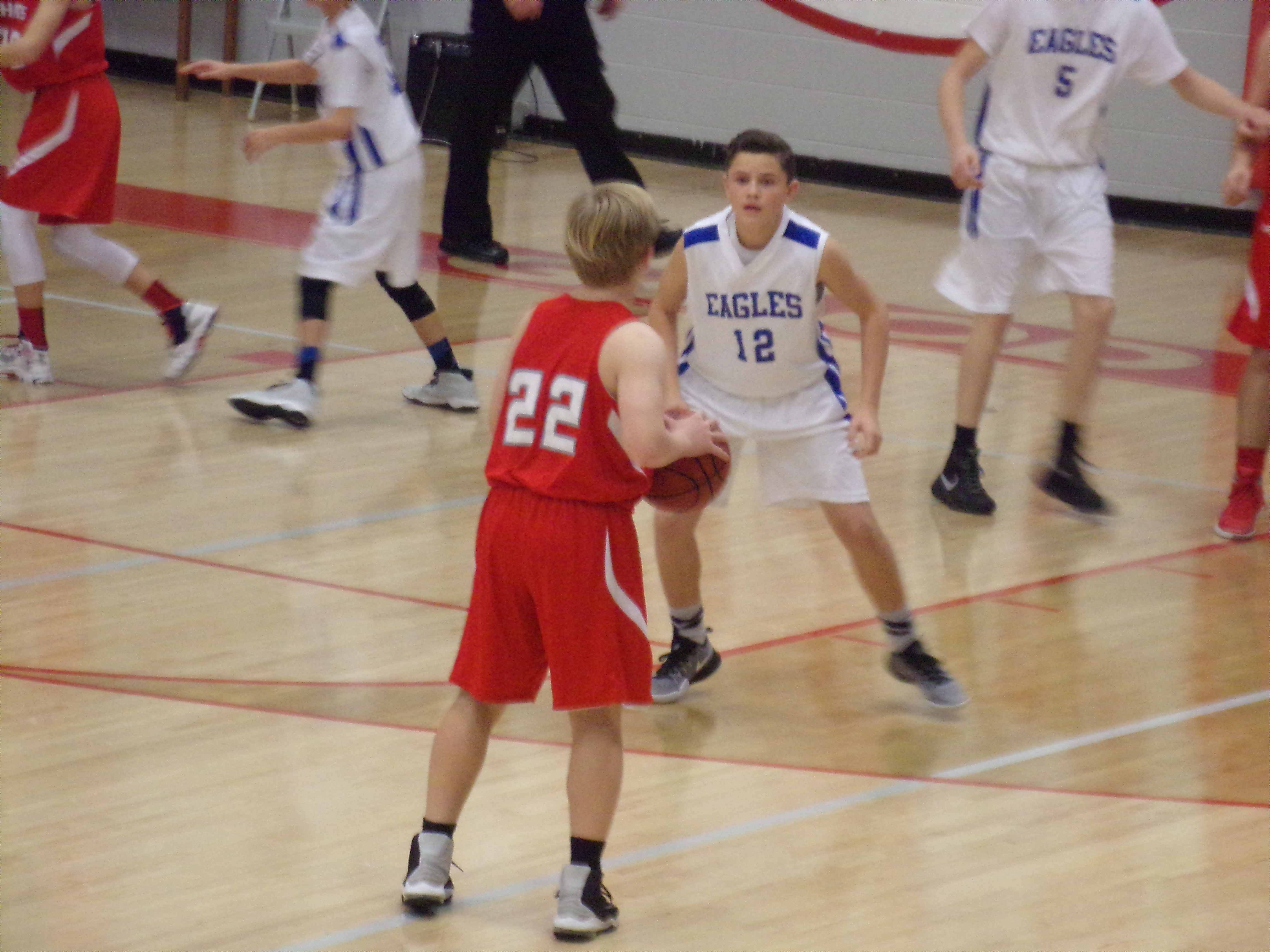 GOOD HOPE – All of the high seeds in the boys’ division of the Cullman County Middle School Basketball Tournament Tuesday put together a winning formula to move on to the semifinal round.

This sets up the semifinal matchups on Thursday at Good Hope Gymnasium with Parkside vs. Cold Springs at 6 p.m., followed by Holly Pond vs. West Point at 7 p.m. The winners return to play for the championship Saturday at 4:15 p.m.

Parkside got command of the game with Vinemont early, taking a 12-4 lead after the first period. A basket by Jack Brown as time expired enabled the Panthers to build an eight-point cushion.

Parkside extended the lead to 22-7 by halftime and was ahead 26-14 when the third quarter came to a close.

The Panthers scored their final four points from the foul line and held a comfortable advantage when time ran out on a Vinemont bid for an upset.

Leading Vinemont were Austin Riddle and Colby Miller with eight each and Tanner Brown with three.

Cold Springs' David Alexander had the hot hand for the Eagles as he scored four consecutive baskets from 3-point range in the second quarter and propelled his team to a 23-15 cushion by intermission.

The Eagles were able to outscore the Raiders 12-6 in the third and carry a 35-21 lead to the final stanza. Cold Springs was unable to get a point on the scoreboard in the final 6:00, but had a lead that was large enough to overcome the scoring problem in the quarter.

Tucker Gambrill gave the Broncos the lead when he ripped a 3-pointer before the horn sounded at halftime. That basket made the score 17-14 and sent the Broncos on to a 15-6 run in the third period to up their margin to 32-20.

But Fairview never stopped playing. The Aggies charged back in the fourth quarter by getting five points from Eli Speegle and four by Will Bailey that closed the deficit to three in the closing seconds.

Fairview had a chance to go for the tie, but was called for traveling with 1.4 seconds remaining. Holly Pond inbounded and ran out the clock to escape a hard-fought quarterfinal.

Gambrill was the leader for the Broncos, delivering 14 points to the victory, Levi Boatright scored five, Ethan Burnham four and Parker Sellers, Druss Hays and Casey Brown three each.