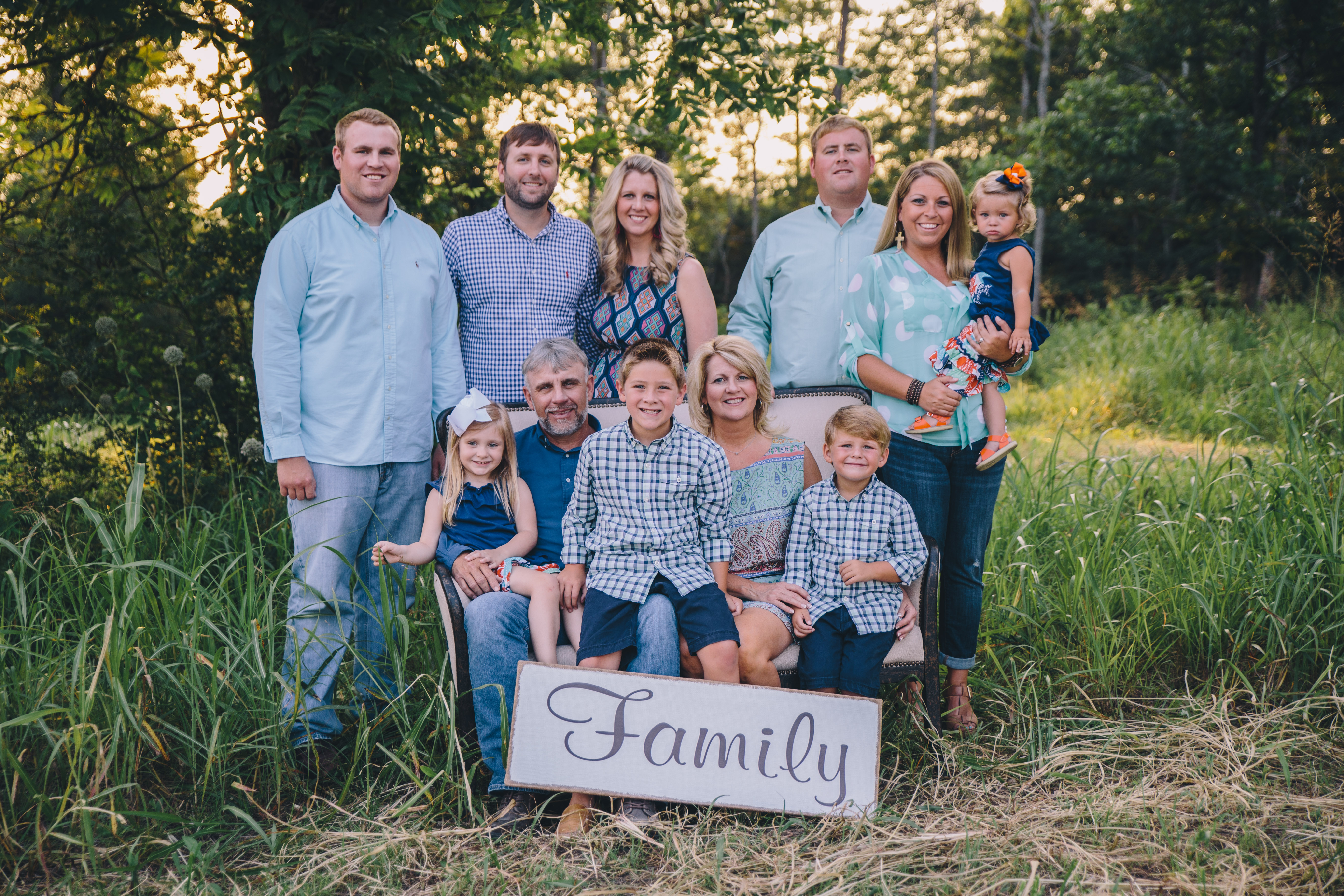 WEST POINT – Steve and Lisa Lake have been pulling rhythmically in tandem for years, moving themselves and their family forward, as well as being part of Cullman County’s thriving agricultural community and a close-knit church family.

“Because Cullman is such a large agricultural county, it’s a real honor to be recognized for something you love to do,” said Steve.

When Lisa Woods first met Steve Lake, she was still in high school. On one of their first dates, he cautioned her to wear old clothes because they would be hauling hay.

It must not have scared her off because they were married about a year later.

In 1983, Lisa went into the marriage not knowing how to cook or take care of a house.

“Not only did I not know how to cook, I didn’t eat vegetables and didn’t even know what they tasted like,” she confessed.  Steve ate a lot of burned meals and occasionally some that hadn’t cooked nearly long enough, as was the case with the cornbread that looked fine but was still runny in the middle. “It just sort of slid off of the plate. I enjoyed a lot of constructive criticism at the time,” she laughed. “But he didn’t complain he would just eat it.”

At that point she worked for the telephone company in Birmingham. “I got up every day and put on a dress and heels,” she said. “But five years and two babies later, about the time my oldest was starting kindergarten, I was ready to come home. I prayed about it a lot,” she recalled.

So, she traded in her high heels for muck boots and jumped in with both feet. The first thing Steve put her in charge of was taking care of 10 sows and scores of piglets. “We didn’t stay in the pig business very long,” she laughed.

Since then, Lisa has worked alongside Steve, feeding and caring for chickens and helping with hay and cows. Steve has at times worked public jobs, first for Donahoo Construction and was later in charge of maintenance at the Wal-Mart Distribution Center.

“The Lord has honored my decision to quit and help on the farm, whenever He saw a need in our lives, He supplied whatever it took to meet it,” said Lisa, emotions evident as she voiced her gratitude.

In 1985 they bought a farm where they raised three wonderful children and sent all of them to college, paid for weddings and are now the proud grandparents of five grandchildren.

The couple has always been active in the farming community surrounding Cullman. Steve has been president of the Cullman County Cattlemen’s Association, as well as sitting on its board of directors, while Lisa was chosen as leader of the Cattlewomen. In 2002 they were chosen Alabama Poultry &Egg Association’s Family of the Year. Lisa has also served as chairperson of the Cullman Farm-City Committee.

Lisa teaches the adult ladies class at Bethlehem West, is a member of the choir, and is also chairman of the event planning committee.

In the past, she has taught the youth at just about every age, directed a youth choir, served as past vacation Bible school director for more than 15 years, and still teaches or works in some capacity.

She is currently a director on the Women's Leadership Committee of the Cullman Farmers Federation, director for the Cullman County Cattlewomen, where she served as past president, and past district director of the Alabama Cattlewomen’s Association.

In addition to their farm and Lisa’s business and bus route, Steve and Lisa have both delivered Meals on Wheels for the West Point Community Center. Lisa was at one time the director of the Battleground School Preservation Board.

In spite of their demanding schedules, they have always found the time to be active with their children’s school and athletic endeavors. Steve coached several of their teams, but more importantly, the couple made sure that their children understood how farming affects the economy and their way of life.

“We traveled a lot of miles showing beef cattle,” Lisa recalls. “Ethan had the Reserve Grand Champion Steer one year at the Jr. Beef Expo in Montgomery, and both of the boys won numerous awards and ribbons.”

All of their efforts over the years were rewarded in 2015. Being chosen as 2016 Farm Family of the Year by the Cullman Farm-City Committee was an honor. Since then, they have enjoyed the Farm Tour, where Steve spoke at the lunch held at Camp Meadowbrook. They also rode in the Cullman County Fair Parade.

This couple is a shining example of what a farm family really is; dedicated, honest, hard-working, helping to build agriculture and their community, being involved in civic organizations and being role models to young farmers throughout the area.

“We really appreciate Alabama Farm Credit for nominating us,” said Lisa. “They have been wonderful business partners, and friends.”

Although farming sometimes means sacrificing other things, like family vacations, it has been a good way of life for the Lakes -the good obviously outweighing the sacrifices they’ve made.

“There’s a rhythm to farming,” Lisa said thoughtfully, referring to the cycle of life on a farm. Planting, harvesting, raking, baling and hauling hay, feeding livestock and watching the sky for rain, it’s what makes a farming family strong.