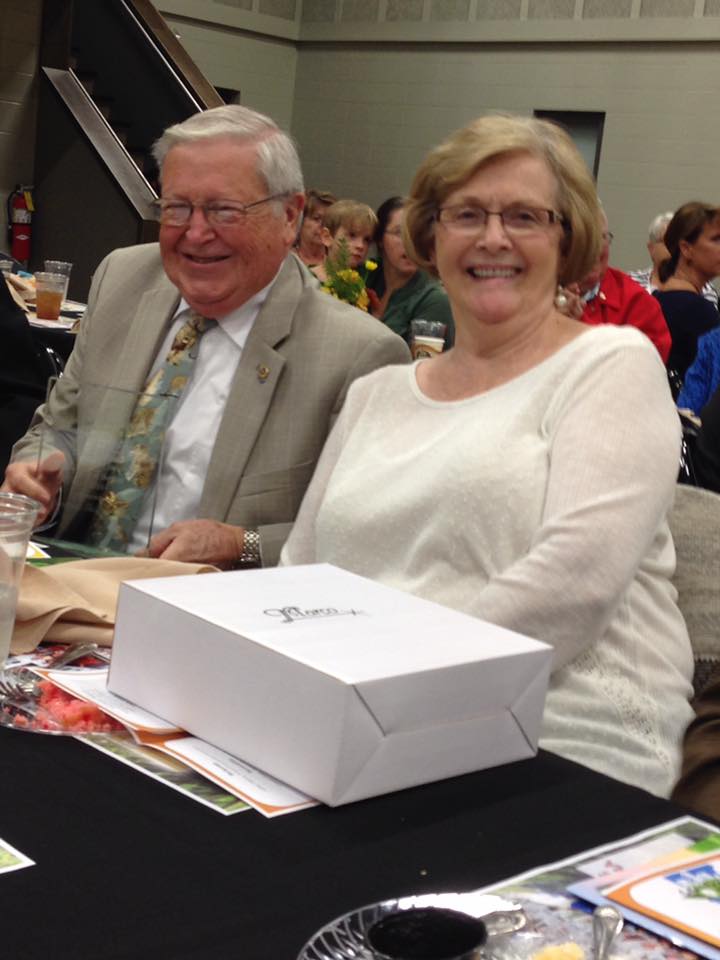 CULLMAN – The 2016 Farm-City Banquet was held on Thursday night at the Robert E. McGukin Civic Center, where Jerry and Shirley Bonner were named the 2017 City Family.

The banquet, which officially kicks off Farm-City Week, was opened with a welcoming message from Farm-City Committee Co-Chair Ashley Graves and an invocation delivered by Leonard Slade.

Guests were treated to a wonderful local meal. The appetizer was a crisp, fresh salad and was followed by an entrée consisting of cranberry sauce, a dinner roll, wonderfully creamy mashed potatoes and corn, and deliciously tender turkey with gravy. Choices for dessert ranged from decadent chocolate cake to the classic pumpkin pie.

After the meal began, guest speaker Dr. Gary Lemme took the stage to deliver an informational and inspirational message about the recent drought, the importance of preventing soil erosion and water pollution and how critical it is for communities to come together and support each other through trying times.

Lemme’s timely speech was followed by announcements of the winners of this year’s poster contest, the theme of which was "Stewards of a Healthy Planet." Each child who placed received a monetary award ($25 for third place, $50 for second and $100 for first), with the winners’ teachers receiving the same amount.

Youth awards were announced next.

Last, but not least, the 2016 Farm Family of the Year was recognized. Steve and Lisa Lake were both honored to have been given this title, and both gave short speeches about how grateful they were to the Farm-City Committee.

Entertainment for the night came from Kassie Wilson (née Miller) and her husband, Ben. Together, they serenaded the audience with a few classics like "Ring of Fire" and "I Saw the Light," as well as some original songs from her album Family Ties, such as "Seasons' Greetings" and "Pawn on Your Chess Board." The last event of the night was the announcement of door prizes, which ranged from birdhouses and gift cards, to an overnight trip to Gatlinburg, Tennessee.

The purpose of Farm-City Week is to bring about a better understanding between rural and urban people by increasing their knowledge and appreciation of each other as partners in progress. Farm-City Week is celebrated each year beginning on the Friday prior to and ending on Thanksgiving Day.