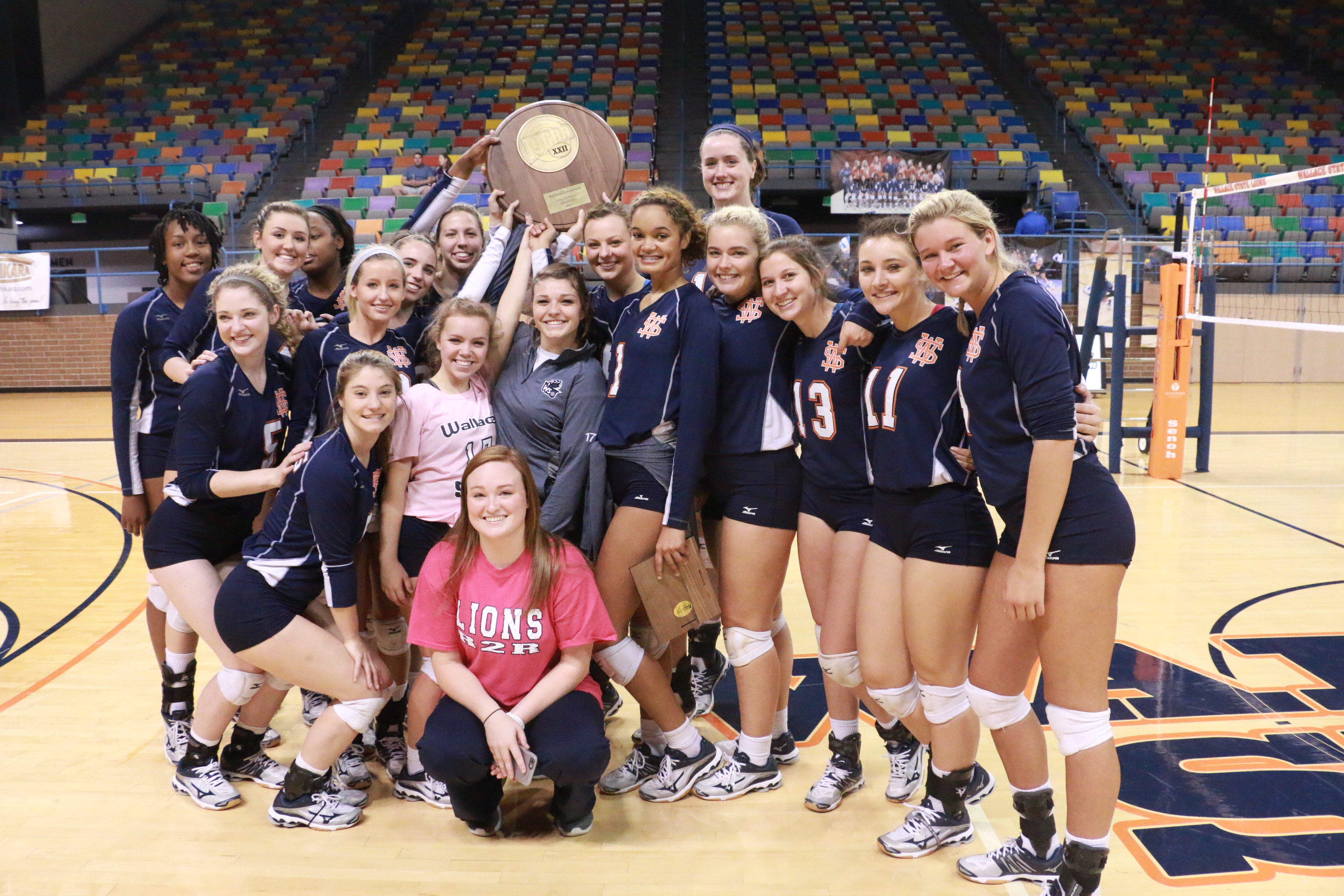 HANCEVILLE – Wallace State’s volleyball team has earned a No. 12 seed at the National Junior College Athletic Association (NJCAA) Division I national championship for the second consecutive season. The Lions play fifth-seeded Salt Lake Community College at 4 p.m. CST Thursday in the double-elimination tournament at the Casper (Wyoming) Events Center. All matches are streamed live at www.njcaatv.com.

Wallace State (38-2) is making its eighth consecutive Division I tournament appearance and a state-best 16th overall after another dominant march through the regular season and the Alabama Community College Conference (ACCC) tournament. The Lions earned a 12th seed – the highest in program history – a year ago and followed it up this season.

The Lions bring one of their most versatile teams to the national tournament under coach Randy Daniel’s watch.

Five Wallace State players have collected 150 or more kills this season, while four Lions have 200 or more digs.

Kelsea Bivins, the 2016 ACCC Player of the Year, has racked up a conference-best 429 kills behind a .412 hitting percentage. She’s also added 83 blocks and 70 digs.

MaKenzie Bearden, a 1st-team All-ACCC/Region 22 selection, enters the tournament with a .425 hitting percentage, 304 kills, 137 blocks and 65 digs. She led the ACCC in hitting percentage and blocks during the regular season.

Wallace State’s Cierra Davis, the 2016 ACCC tournament MVP, has 327 digs and 292 kills this season. Davis, a Sparkman graduate, was also a 1st-team All-ACCC/Region 22 selection for her regular-season work.

Freshman setter Abby Borden has 1,052 assists for the Lions, while freshman libero Emily Wilson has collected 599 digs. Both were 2nd-team All-ACCC/Region 22 selections.

Wallace State’s only losses this season were to non-conference opponents.

Like Wallace State, Salt Lake Community College has won 10 matches in a row entering Thursday’s match. The Bruins (24-7) were the District A champion.