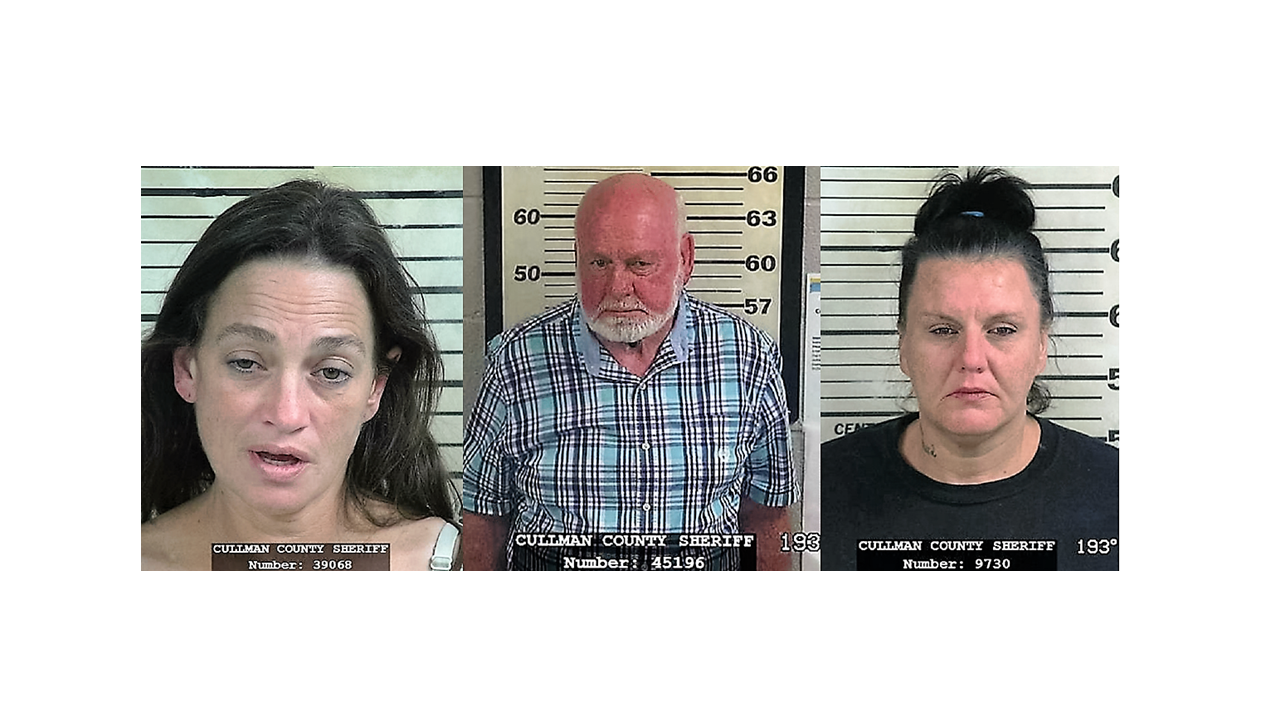 ******Editor's Note: This story has been updated. It was brought to the attention of The Cullman Tribune / CullmanSense editorial crew that the arrest article published on Friday, Oct. 28 had inaccuracies due to issues at the Cullman County Sheriff's Office. Edits made on Oct. 29, 2016.******

Investigators executed two search warrants in the West Point community that lead to the arrests of the three suspects. Investigators had probable cause to believe that the suspects were involved in several burglaries, thefts, vehicle break-ins and forgeries of stolen checks.

After entering both residences, investigators discovered stolen checks and also found evidence from the thefts and burglaries the suspects allegedly committed.

“Any time you can solve this many crimes and return property to its rightful owner, that’s a good day for everyone in the community,” said Cullman County Sheriff Matt Gentry.  “I am proud of the job the investigators did in this case.”

Taylor was charged with third-degree illegal possession of a forged instrument.

McDonald was charged with third-degree forgery.

All three suspects have made bond.

According to the updated information from the CCSO, "Other charges may be pending against other suspects, as this is an ongoing case by CCSO investigators."