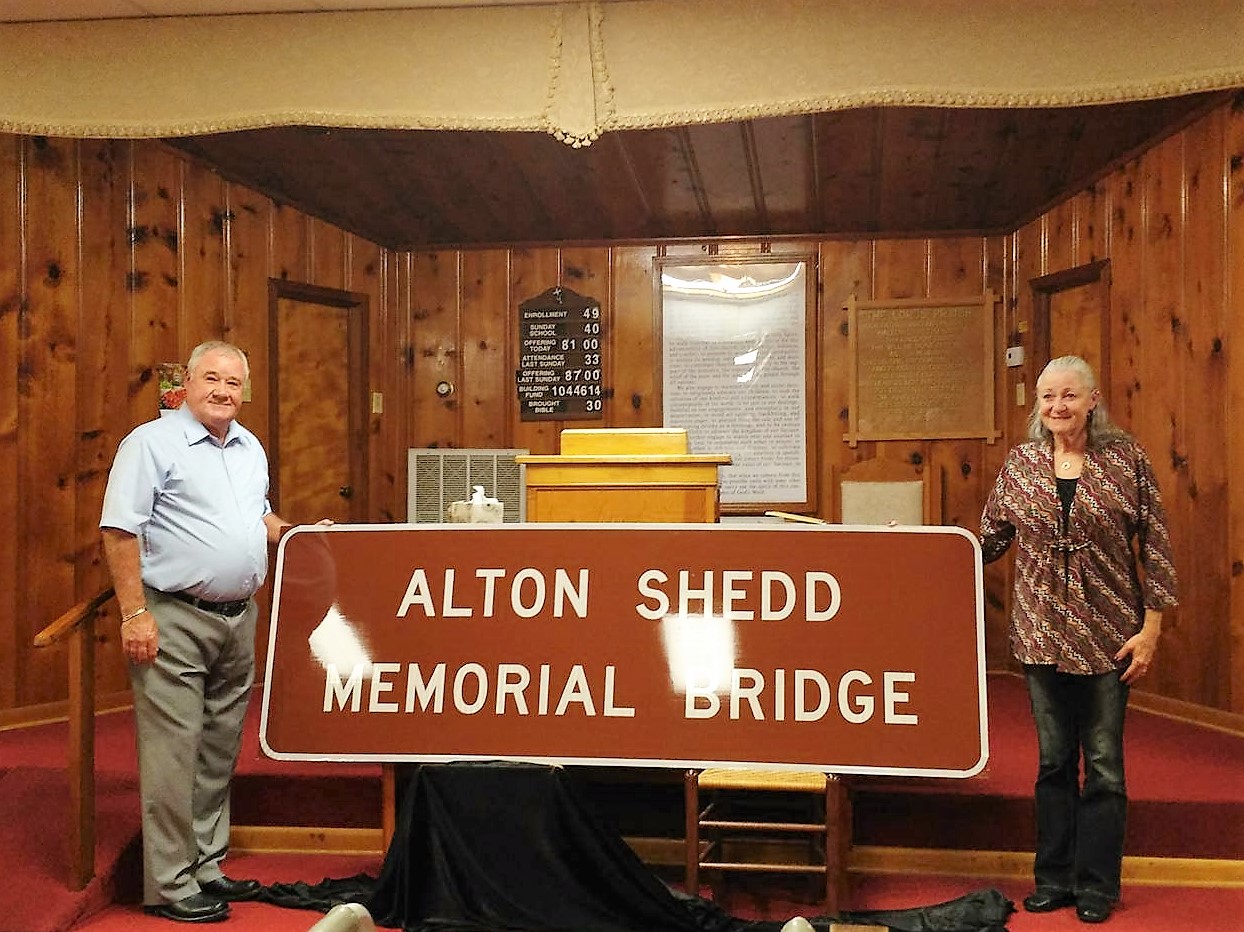 I still miss him after 50 years and it’s an honor to get to see the memorial bridge named after my brother.”
Charles Shedd

BAILEYTON – Family, friends and neighbors gathered together Sunday afternoon to remember Alton Shedd and to unveil a sign in his honor. The sign will be mounted to a bridge on the border of Cullman and Blount Counties, the Alton Shedd Memorial Bridge, in memory of a young man whose life was taken too soon, in the line of duty in Vietnam in 1967.

Rep. Randall Shedd, R-Fairview, first cousin of Alton Shedd, gave a rousing speech in honor of the fallen soldier. He says he still remembers coming to Roswell Creek Baptist Church when he was 14 years old when Alton Shedd’s burial service took place. “It’s obviously one of those things that sticks with you throughout your life. Having known what such a great guy he was as well as his lovely wife, it’s good that we don’t forget them,” said Rep. Shedd.

Rep. Shedd says he proposed the resolution to name the bridge after Alton Shedd not only because Alton was family, but also because, “I want to do this for every solider that was killed in wars from my legislative district.” He then went on to explain the process of getting a memorial bridge, highway or public facility named in honor of a fallen soldier. “First it has to be proposed to the legislature, it then has to pass, the governor has to sign the resolution and then the highway department gets involved.”

Peggy Cole, 59, of Huntsville is Alton Shedd’s sister and was 9 years old when her older brother died in Vietnam.  She was able to recollect her relationship with her older brother. “I had a very strong relationship with him. I spent a lot of time with him, getting to spend the night with them, when I was a little girl. I remember the day that we got the news about him. It was one of the saddest days of my life,” stated Cole, who then expressed that today’s service was “one of the happiest days of my life.”

Charles Shedd, 70, of Warrior is Alton’s younger brother. He had an extremely emotional day. “It was emotional for me as well as for the majority of people here.” He says he was especially close to his brother Alton, because they were only 18 months apart.  “I still miss him after 50 years and it’s an honor to get to see the memorial bridge named after my brother,” said Charles Shedd.

All memorials, sanctioned by the state, have to be privately funded, and the Shedd family would like to thank the community of Baileyton for conducting fundraising activities led by Mayor Johnny Dyar and the town council, as well as the Baileyton Senior Center for their efforts in raising the needed funds for the memorial.