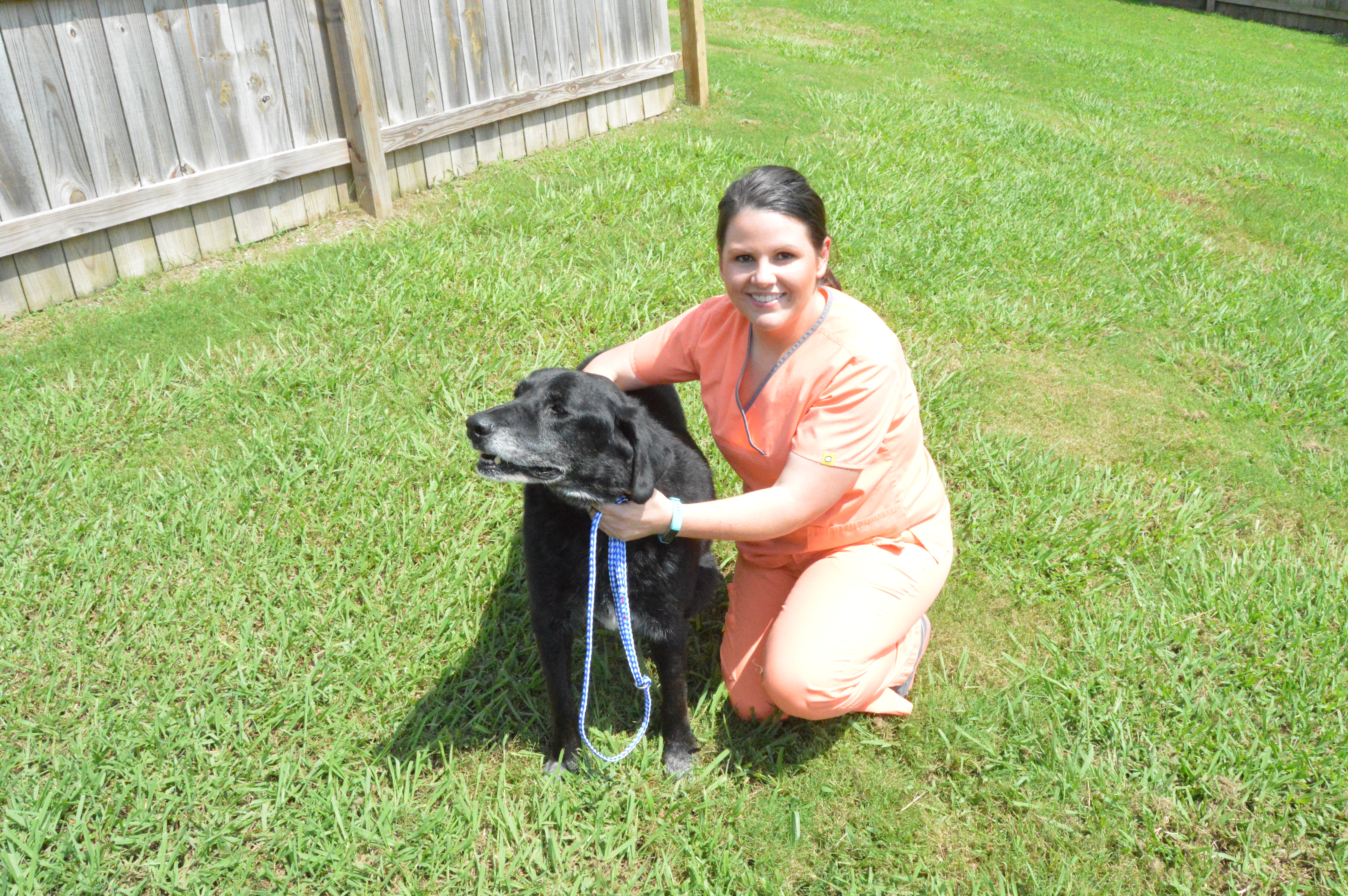 CULLMAN – Joco has been on quite the adventure this week. Lesley Hyde’s 15-year-old black Labrador retriever went missing on Aug. 2 before daybreak.  He was found several days later in the Cullman City sewer near Johnny’s Bar-B-Q, several miles from home.

“I just let him out at about 5:45 a.m. to use the restroom, like I do every morning, and when I went to let him back in, he was just gone,” said Hyde.

Joco has seen better days. The resilient dog is on medication that he must take daily, has difficulty breathing and has a tumor on his leg.

“I call him Joco the Rock because he is just a fighter,” Hyde said. “In about 2007 he went missing. Our neighbor found him in the pool of the home they had moved out of four days later. He had been stuck swimming in that pool for four days. And in 2009 he was attacked by a pit bull, almost all of the fur and skin ripped off his back. He had to have 265 stiches to get it all back on. He really is a miracle dog.”

After his adventure this week, Joco was found after a young woman heard barking in the area, but did not see a dog.

“Apparently, she saw Joco’s black nose sticking out from the drainage hole on the side of the road,” said Dr. Susie Dickerson, one of those who has helped Joco recover at Northside Veterinary Hospital. “It really is amazing with all the heat we’ve had and all the rain we have had recently that he was able to survive. It's really amazing at his age and health that he survived it.  We just gave him a checkup and a bath, and he's going to be just fine,” she smiled.

Dickerson and Hyde are both incredulous as to how the 80-pound elderly lab found his way into the sewer.

But, there is an important key to how Joco was so quickly identified. He has a collar with tags and is microchipped, which both Dickerson and Hyde stressed the importance of all pets having.

“Microchips are something that we insert in the shoulder blade area,” Dickerson said. “Any veterinarian’s office will have a scanner that, if the dog is lost and then found, they can scan over that area, and a personal number that is specific to that individual dog will come up, along with the owner of that dog. You are able to even register your dog with your smartphone with the microchip.”

Hyde stressed the importance of being persistent with any family that has a lost pet.

“I put up 100 fliers and shared Joco all over social media. You have to keep faith and trust he will come home,” she said.