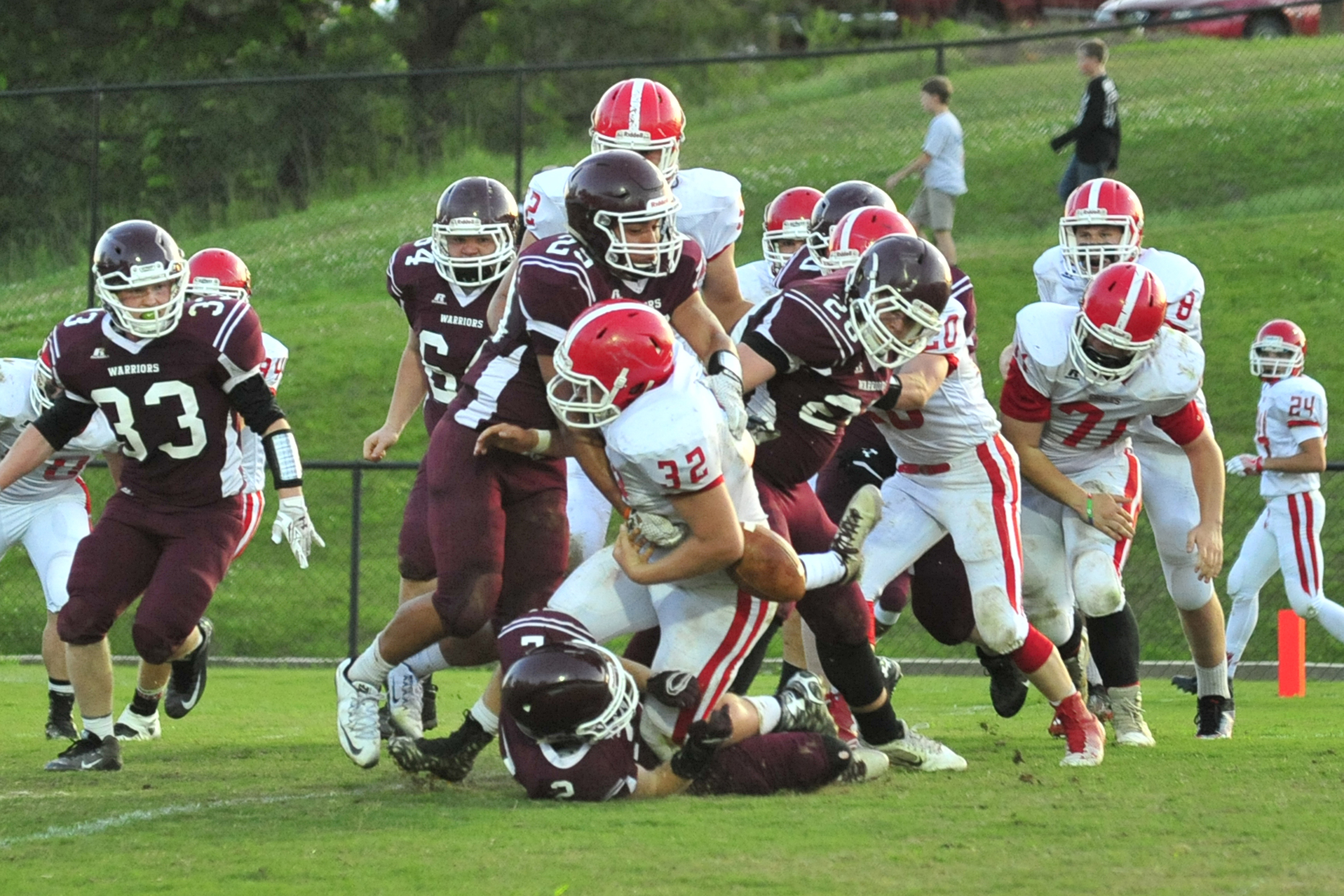 “We have had a good summer of workouts and conditioning,” said Farley of his team’s determination. “Our team has worked very hard and attendance has been awesome.”

West Point will be dressing 60 players this year, with 19 being seniors, and it is a good thing because the Warriors lost key pieces at quarterback, running back and on the offensive line.

Battling for the left guard spot will be Jake Wood, Michael Roberts, Carson Moon and Conner Aldridge. Former wide receiver Cameron Moore will be moving from his familiar position to running back his senior year to replace Kobe Smith who graduated.

Moore will stay at linebacker on the defensive side of the ball and he will be joined by a familiar face, Alex Hernandez. The senior duo is looking to hold down the middle of the field for the Warriors. The defensive line is still stacked for West Point this year with seniors Will McElhone, Dave Doss, Kaleb Faulkner, Sturgis Hunter, Austin Armstrong, Jake Bagwell, Tyler Thompson, Logan O’Neil and Andrew Quisenberry all suiting up for their last year with the Warriors.

“Our goals are to compete each and every Friday night and improve every day, so come end of the season, we have ourselves in contention for a playoff spot,” said Farley of West Point’s objectives for the season.

With a great group of seniors returning for the Warriors and a good core of younger players, it is no wonder coach Farley and West Point are looking forward to the 2016 campaign.

For the fall schedule, visit http://www.cullmansense.com/articles/2016/07/12/pigskin-party.