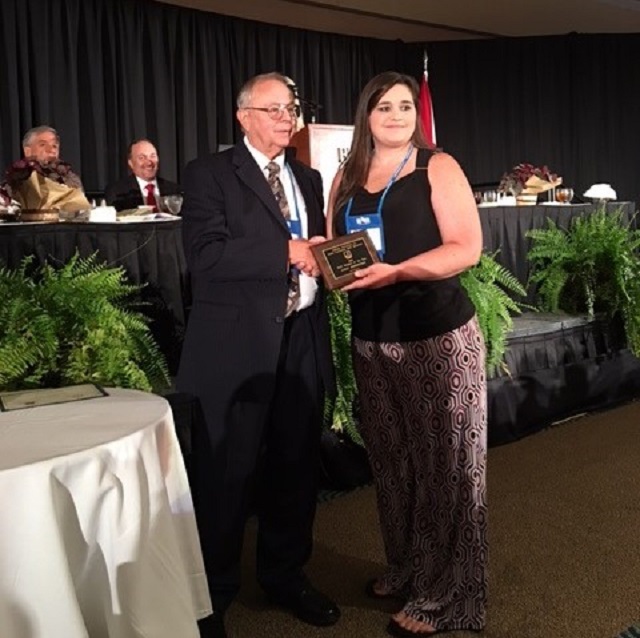 The Staff Person of the Year Award recognizes individuals for their work and personal growth from being a previous GED graduate to now working in the program and attending college.

Robertson, 39, also received a pair of Wallace State Future Foundation scholarships earlier this year as she pursues her associate’s degree on campus.

“I was very surprised I received the award. It’s also meant everything to earn the scholarships. There’s no way I could have gone back to school without them, especially since my daughter is a Wallace State student as well,” said Robertson, a Holly Pond native.

Robertson plans to transfer to Athens State upon completion of her associate’s degree at Wallace State.

Also at the Adult Education Awards banquet, Bud Jones, the founder and director of the Hope House, Incorporated, received the state award for Contributor of the Year, recognizing many years of contribution and assistance to the Wallace State Adult Education Program.

Through the Hope House, Jones provides a Wallace State scholarship each year to a deserving Adult Education graduate from Blount County.

1 day left to apply for absentee ballot for Primary Runoff...

1 day left to apply for absentee ballot for Primary Runoff...