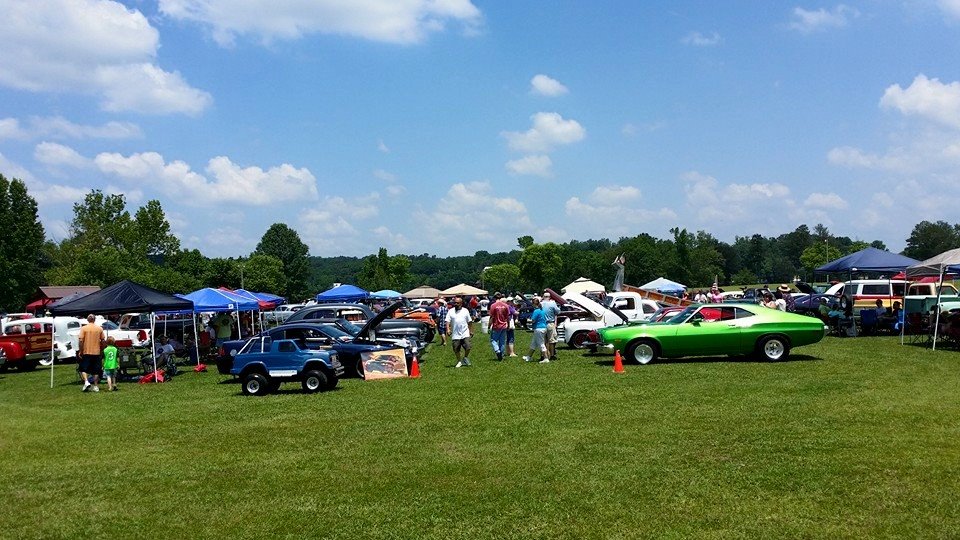 CULLMAN – Coming right on the heels of last weekend’s Memorial Day Festival, the second annual Cruze Fest and Swap Meet will be held at Smith Lake Park this Saturday, June 4 from 8 a.m.-2 p.m.

Sponsored by Smith Lake Park, Bill Smith GMC, Tony Serra Nissan, MyWay Transporation, Eckenrod Ford, Cullman Chrysler/Dodge, B&B Customs, McGriff Tire, Cullman Bounce House and Party Rentals and Keystone Automotive, the event will feature door prizes, food vendors and the car show. LifeSouth will be on hand to take blood donations from people who wish to give back while enjoying the day’s activities. As always, the park will have camping, cabin rentals, canoeing, kayaking and swimming in the pool and lake available.

With collector cars being a huge feature, the all-American classics such as 1960s Chevy Chevelles and Ford Mustangs are guaranteed to have spot at the show. As a contrast, Eckenrod Ford will be bringing a new Mustang to hang out with its predecessors and other dealerships will be driving in some of their newer models as well.

Instead of that trophies that are customarily awarded at car shows, Cruze Fest will feature a $1,000 money tree for registered participants. Each car show vehicle will be assigned a number, and toward the end of the event, numbers will be drawn. When a participant’s number is called he or she will pick an envelope from the money tree. In the envelope will be denominations of cash ranging from $10 all the way up to $100.

“Last year we had 105 vehicles on display and I’m hoping that, with the high temperature only supposed to be around 85 or so degrees, we’ll have more people turn out. Last year we had it in front of the stage area and had a band play. It was super-hot, like 95 degrees, last year,” said Smith Lake Park Manager Tony Harris.

With the hot sun of a June day being a possible deterrent for some people who wish to attend, Harris and his staff have come up with a new spot in the park for the show.

“This year we’re moving to the left of the pool near the wooded area. We’re going to have it back behind the stage in the wooded area heading out toward the water this year. I think it’ll be pretty scenery and we’ll get some shade from the sun.”

As reported last week, the possibility of incorporating Cruze Fest with the Memorial Day Festival is being explored by Harris in hopes of increasing attendance for next year’s holiday celebration. No decision has been made yet.

Harris is quick to thank his sponsors, noting, ““We have a lot of good sponsors and all of them are behind me and gave me money to keep it going this year.”

Admission to Cruze Fest is free for all ages.