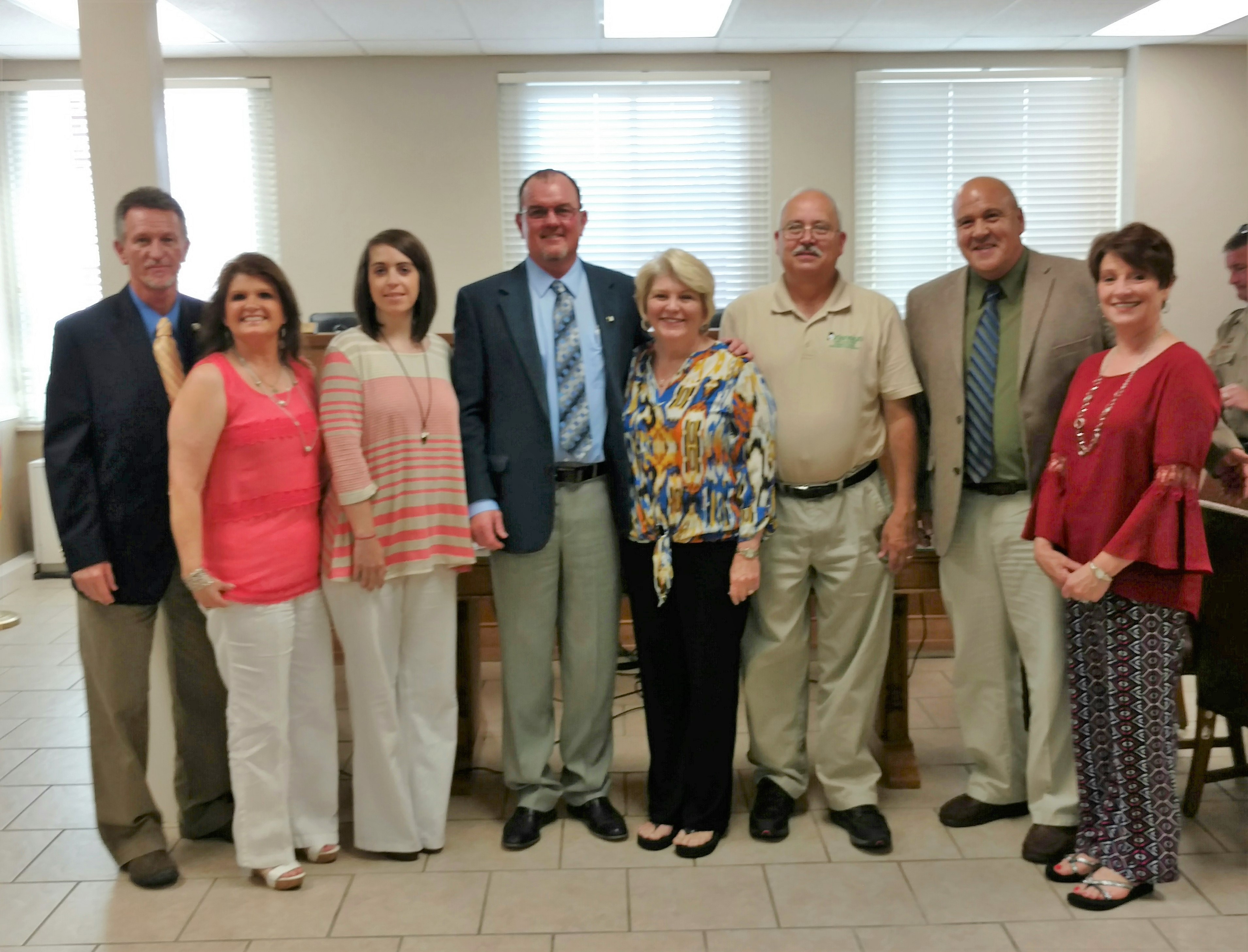 CULLMAN – The Cullman County Commission met on Tuesday morning with a packed agenda which was covered from beginning to end in under twenty minutes. All members of the commission, Kerry Watson, Garry Marchman and Kenneth Walker, were present.

After the obligatory business of approving minutes and establishing a quorum, the commission moved to new business including the reappointment of Annette Parker for a six-year term to end on May 15, 2022 to the Department of Human Resources (DHR) Board and the replacement of Diane Brown with Katherine Morgan to the DHR Board for the same term with the same expiration.

A $51,875 proposal from Alabama Correctional Industries for the revenue office’s renovation was approved. “This is something we’ve been working on for the past several months. I kind of went over the blueprints with the commission just to kind of give an idea, but by taking out the wall we’ll be able to redo the way the office layout works and it’s really going to set the office up for the next 20 years. So, we’re not actually adding any more desks to our current situation, but it’s going to cause the office to actually have a better flow,” explained Revenue Commissioner Barry Willingham to the county commissioners.

Willingham was also authorized to terminate a service agreement with Delta Computer Systems and his department was given an annual maintenance contract with Berney Office Solutions for office supplies.

Recognized by the commission during public comments were the members of the Overall Best Farm City Committee in the state, which was won for the fourth year in a row by the Cullman committee. Their recognition banquet took place in Birmingham on April 7.

The tax abatement by the City of Cullman for General Dynamics, located on Highway 157 just west of the interstate, was ratified in the amount of $2.7 million.

The commission entered an engineering service agreement with Fairview (Project No. ST-022-999-008) to provide services for the resurfacing of Welcome Road “from Highway 69 to Fairview High School, Mauldin Street,” according to Chairman Kenneth Walker.

Walker abstained from the vote which awarded Walker Brothers, LTD with the $87,800 contract for the painting of the Schmmuck Mountain water tank on County Road 449, approximately 6.5 miles from Good Hope.

Authorization was granted to enter the 2016 Water Revenue Warrants Trustee Agreement as was the sale for a 1.575-acre foreclosed piece of landlocked property on County Road 1214 near Battleground which was deeded to the county in 2009. Additionally, the county engineer was given approval to enter into an agreement with Orchard Management, Inc. for a paving project near the Lakeshore West subdivision on County Road 177 in Crane Hill.

The forestry department was given the green light to purchase a 2016 Honda Rubicon 4×4 for $7,797, while the sale of a 2009 Komatsu D39EX and 320BL Caterpillar on www.ironplanet.com was authorized. The Caterpillar that will be listed for sale will be replaced with Bid No. 1236 for a crawler dozer.

The low bid from Summit Sales and Service for a fuel system repair in the amount of $9,509 was approved.

$5,000 was granted to the Oktoberfest Committee for the help with the upcoming 2016 event.

Lastly, the City of Hanceville changed the name of the former Hanceville Recreation and Wellness Center to Hanceville Civic Center in January of this year, and the commission voted to recognize that name change due to the location being a voting center.

The Cullman County Commission meets on the second and fourth Tuesdays of each month at 10 a.m. at the Cullman County Courthouse, with their work sessions beginning at 8:30 a.m. Both meetings are open to the public. The next meeting will take place on Tuesday, June 14.