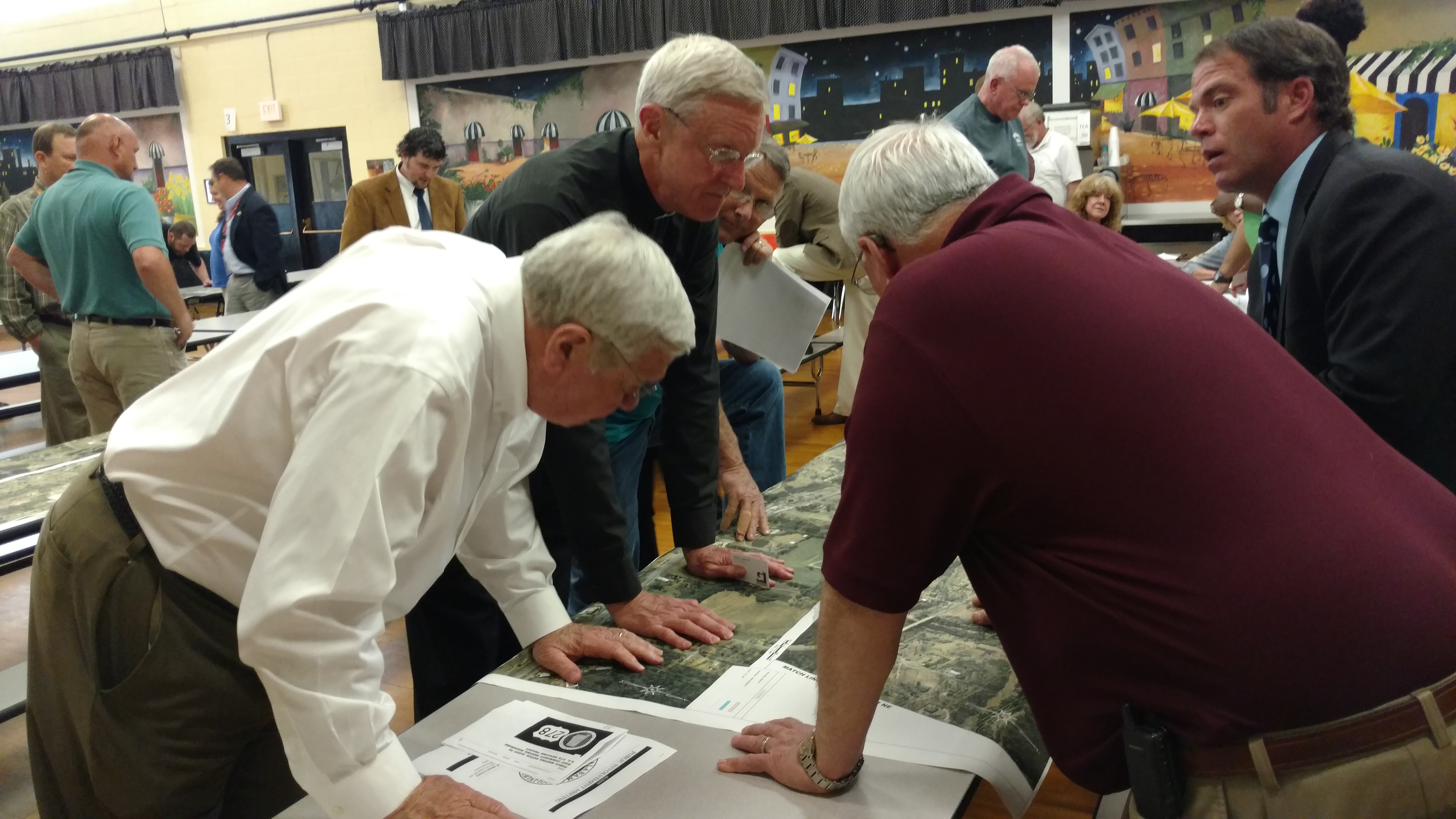 Father Marcus Voss and Mayor Max A. Townson voicing their continued concerns over the lack of a traffic signal at the entrance to St. Bernard on Highway 278 East.

CULLMAN – The Alabama Department of Transportation (ALDOT) held an informal public information meeting on Monday evening at West Elementary School in Cullman to answer any questions from the attendees about the upcoming project which will see the repaving of U.S. Highway 278 from I-65 to Alabama Highway 69 in East Point.

With no anticipated start date, the project is in its infancy, and ALDOT encouraged citizens to fill out the provided comment sheets and return within 10 days for the department to review and consider.

No detours are expected during the repaving project; however, motorists can count on lane closures, traffic merges and typical delays associated with usual road improvements. At times, private driveways, business entrances or intersecting roads may be closed for short periods while work happens in those particular areas.

St. Bernard Prep School’s Director of Development, Father Marcus Voss, did not appear pleased with ALDOT’s proposed improvement to the entrance to St. Bernard Drive from Highway 278. With the new plan proposing to construct a t-intersection, but without the much needed traffic signal, Voss, with Mayor Max Townson by his side, spoke at length with the ALDOT representative about his concern for the students’ and visitors’ safety when traveling to and from St. Bernard and the Ave Maria Grotto.

ALDOT responded with the need for a traffic study in the area, to which Voss replied there had been several performed over the years. Prior to the meeting on Monday evening, Voss looked up the last figures which showed 17,000 vehicles travel Highway 278 East at the St. Bernard Drive crossroad daily.