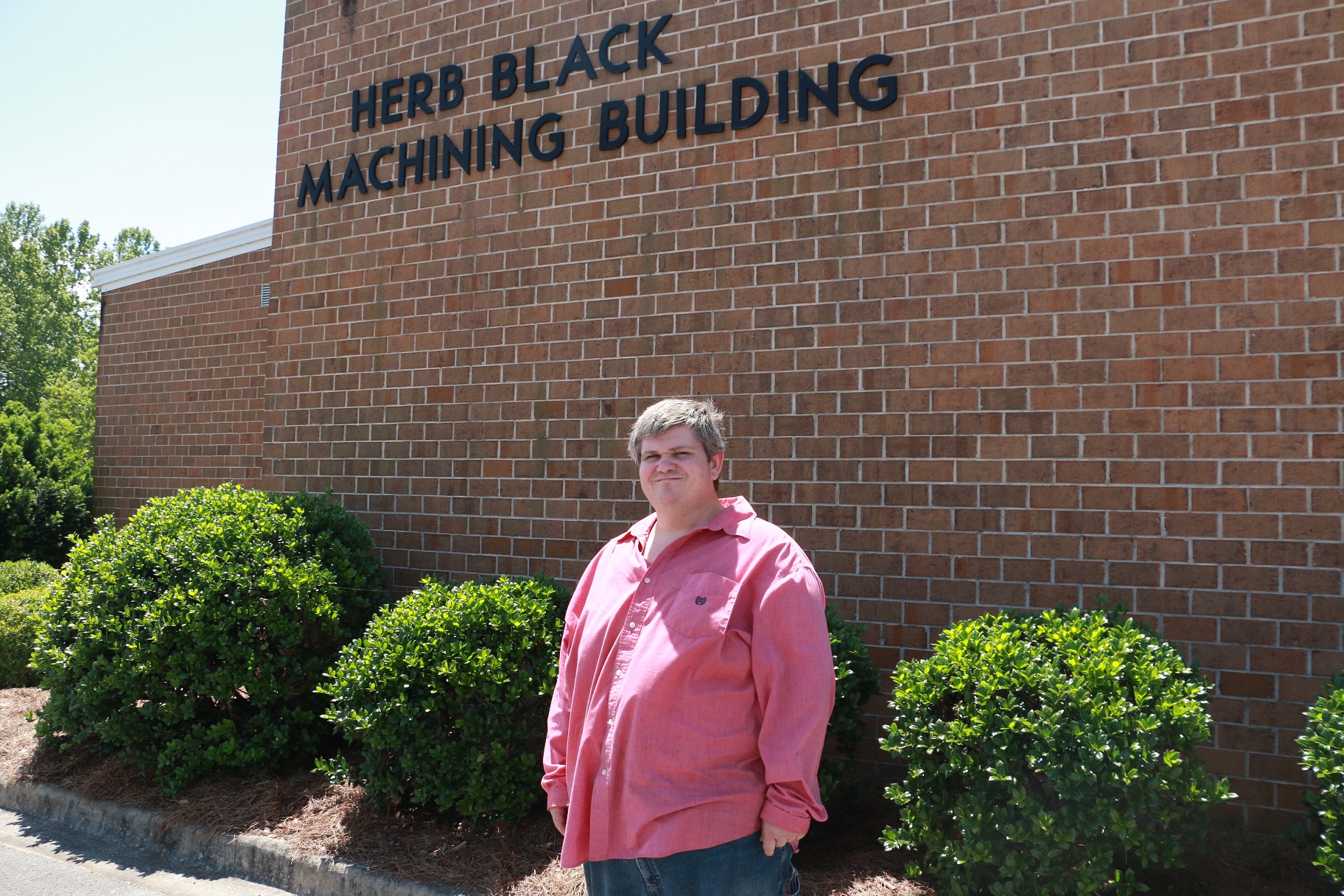 HANCEVILLE –  Stop by Wallace State’s Machine Tool Technology Department, and it’s easy to absorb the family atmosphere within the walls.

James Kaple has been one of the shining lights of the family over the past two years and graduates Friday after overcoming a drug addiction that lasted nearly two decades.

“I am proof that’s it’s never too late to change how you are living. I grew up in a good, Christian family and knew right from wrong. When I was 18, I went out and started hanging around some of the wrong people. They weren’t bad individuals; they just weren’t the best influences. We got involved into smoking, drinking and smoking pot,” said Kaple, now 42 years old. “I eventually got hooked on cocaine for a while and then I was addicted to meth for 12 years. I lived with my grandmother at the time, and it came to the point where I felt imprisoned. I didn’t want to leave her house. I didn’t want to go outside. I relied on drugs.”

Kaple’s drug addiction hit a breaking point years later when he was kicked out of his grandmother’s house.

“I hadn’t talked with God in a long time and got to the point where I didn’t even believe in him that much. I sat down and asked God to either take me out of this world or help me change the way I was living,” Kaple said.

Kaple recovered from his drug addiction at age 38, yet was required to serve a 90-day jail sentence in Lawrence County for a drug-related crime.

“I was in a better place mentally. I was doing better, but I was missing my family (in jail). I had plenty of time to think about what I wanted to do next,” Kaple said.

Even when Kaple was battling a drug addiction, he had thoughts of enrolling in Wallace State’s Machine Tool Technology program, especially because his uncle Randy Moon was the program’s department head. Moon had always encouraged Kaple to find a fresh beginning at Wallace State.

“I knew a lot of people who were machinists before I even came to Wallace State. For me, it was a matter of finding the motivation to do something good for myself. I just didn’t want to put the effort into it,” said Kaple, who lives in Hanceville. “I did know I didn’t want to be working dead-end jobs the rest of my life.”

Kaple enrolled in Wallace State’s Machine Tool Technology in 2014 and celebrated his three-year anniversary of being drug free last November.

Kaple’s journey to graduation has definitely been an encouragement for other students potentially struggling with their own personal demons.

“Jamie is a very outstanding young man and has been a great role model and mentor to our younger students and to students who are experiencing problems in life. He’s never shied away from sharing his story with our class, and I think it’s helped our students,” said Wallace State Machine Tool Technology instructor Gary McMinn. “There is a different dynamic here than there is with an academic program. We spend so much time together. A group of students starts here and they stick together for two years. They spend time in class together and eat lunch together throughout an entire week. It becomes a true family and they lean upon each other.”

Kaple, who compiled a 3.7 GPA as a Wallace State student, currently works at Irondale Custom Machine, where he’s been since August. He worked at Lufkin Industries in Cullman prior to working in Irondale.

As he continues to work in Irondale, Kaple plans to stop by Wallace State any chance he can to check in on his Machine Tool Technology family.

He may even have a student or two to mentor.