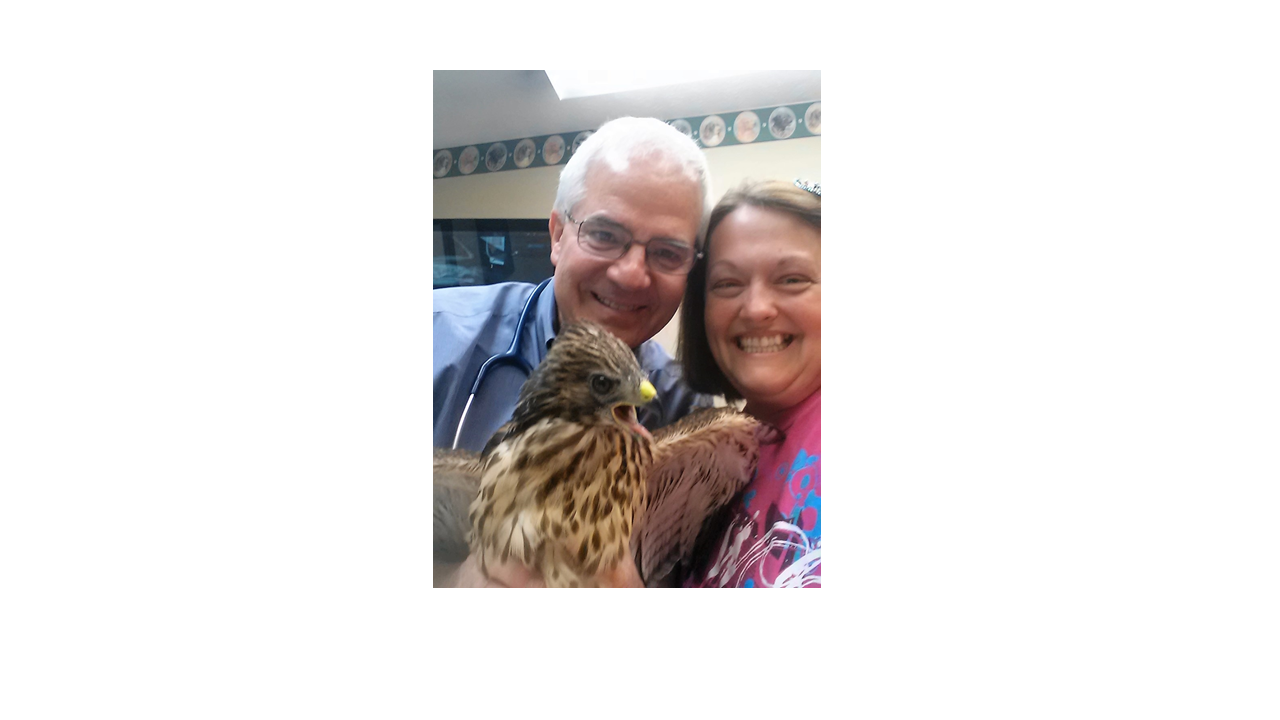 CULLMAN – Paula Campbell and her son Austin Miller were fishing in Cullman on Sunday when her son said a bird spiraled into the water.

“I told my son to, as best he could, bring the bird in towards the bank,” Campbell said. She and her Miller were able to fish the hawk out of the water, and when they got him on dry land, the bird did not seem very active.

“We helped him try to stand up; he was not dead, but he was not acting too lively either,” said Campbell. “He did not seem like he was able to fly.”

In order to find out what she needed to do, Campbell called around to local authorities. Those working at the police station on Mother’s Day instructed Campbell to find an open grassy area and leave the hawk there.

“Well, I wasn’t going to do that,” Campbell said.

She didn’t give up her search for options. Finally, Campbell got through to Dr. Bruce Lee at Lee’s Veterinary Hospital.

Campbell dropped the hawk off at the hospital Monday morning, and after an initial examination, Lee said that, although there is some damage to the bird’s feathers and some bruising, there are no broken bones and the hawk should make a full recovery.

The hawk is either a Red Wing or a Broad Wing, according to Lee; however, it is also very young, which makes it hard to distinguish between the two.

If anyone comes upon an injured animal in the wild, Campbell has a little bit of advice.

She added that she does not help snakes or spiders.

The hawk remained with the veterinarian and will be released into the wild as soon as it is healed.

For guidelines on how to capture or transport an injured raptor (hawk, owl, eagle, etc.), a great resource is the Alabama Wildlife Center in Pelham. Visit https://www.awrc.org/Found%20Injured%20Raptor or call the Wildlife Help Line at 205-663-7930, ext. 2 from 8 a.m.-8 p.m., seven days a week.