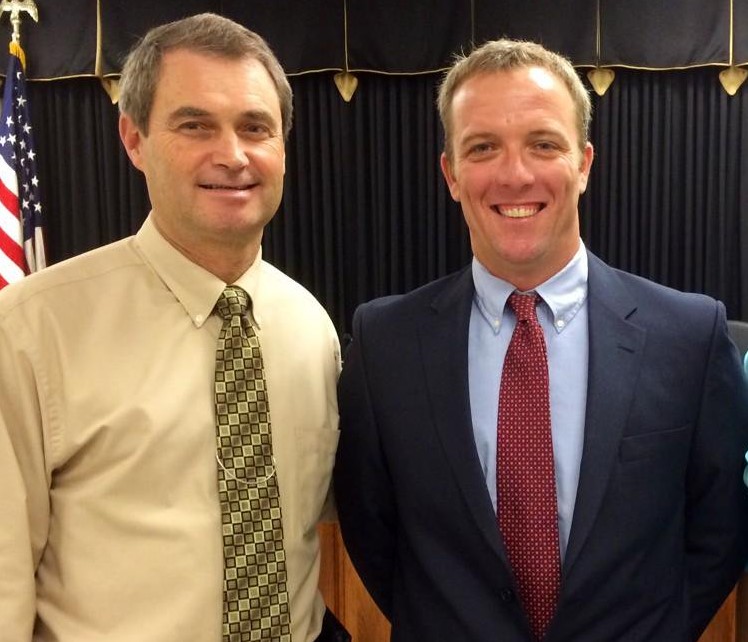 CULLMAN – The judge in the case against Cullman High School Principal Dr. Elton Bouldin this morning recused himself from the case.

District Judge Wells "Rusty" Turner III filed the paperwork this morning, to "avoid the appearance of impropriety and to prevent any perceived bias from affecting the case."

Specific reasons given, according to the filing, are:

The case has been referred to Circuit Judge Gregory A. Nicholas, Presiding Judge, for reassignment.

Judge Turner Recuses Himself from CHS Principal Case by cullmansense

New details are emerging about what may have led to the principal and assistant principal of Cullman High School being arrested and placed on administrative leave.

Depositions have been filed with the district court of Cullman.

The testimony was given by the mother of the student whose home the men are accused of trespassing in.

The mother says Bouldin was aware of an assault that happened to her son on April 11, but did not report it to authorities, nor punish the student who committed the offense.

Instead, she says she got a call from Stephens on April 14, asking to meet with her.

Because of work, she says she was not able to meet until the next day.

That's when she says Boudin and Stephens went to her home, waited for her son to arrive, then went inside their home, including her son's bedroom.

The mother says the men were asked three times to leave, but claims that instead of doing so, the men stayed for over 45 minutes.

The documents don't say why the men showed up at the student's home, but the mother says they crossed the line in their actions.