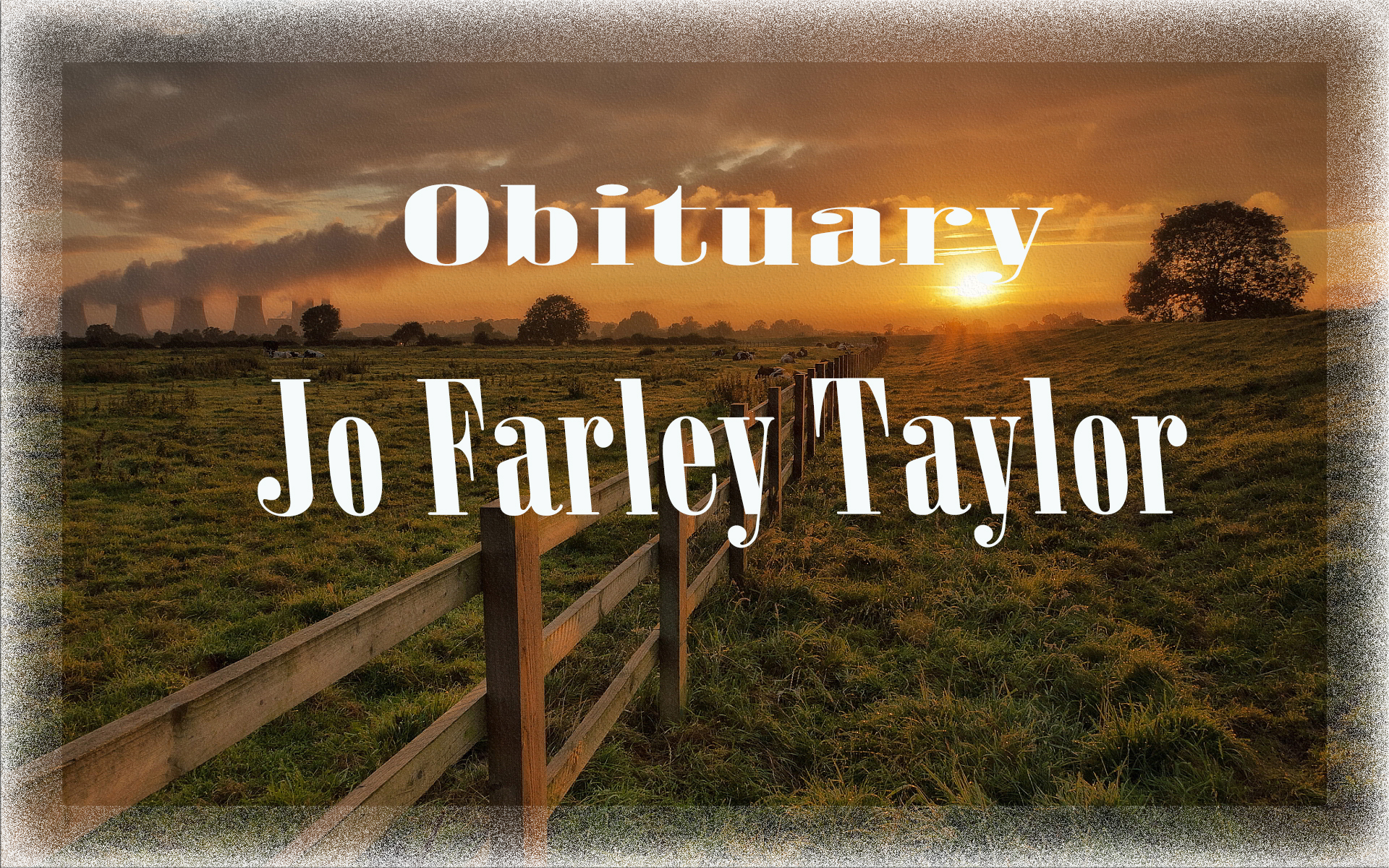 Jo Farley Taylor, age 89, of Springville, passed away on April 1, 2016. She was the secretary of New Hope Church and a founding member of the New Hope Independent Church. Mrs. Taylor was predeceased by a daughter, Lyn Gilliland, a granddaughter, Chrystal Blaylock and two brothers, Jim and Hoyt Farley.

Funeral services were on April 5, 2016, at New Hope Church, at 11 a.m. Reverend Jim Marsh and Reverend William Burton officiated. Burial was at New Hope Cemetery, in Springville. Lemley Funeral Home was in charge.