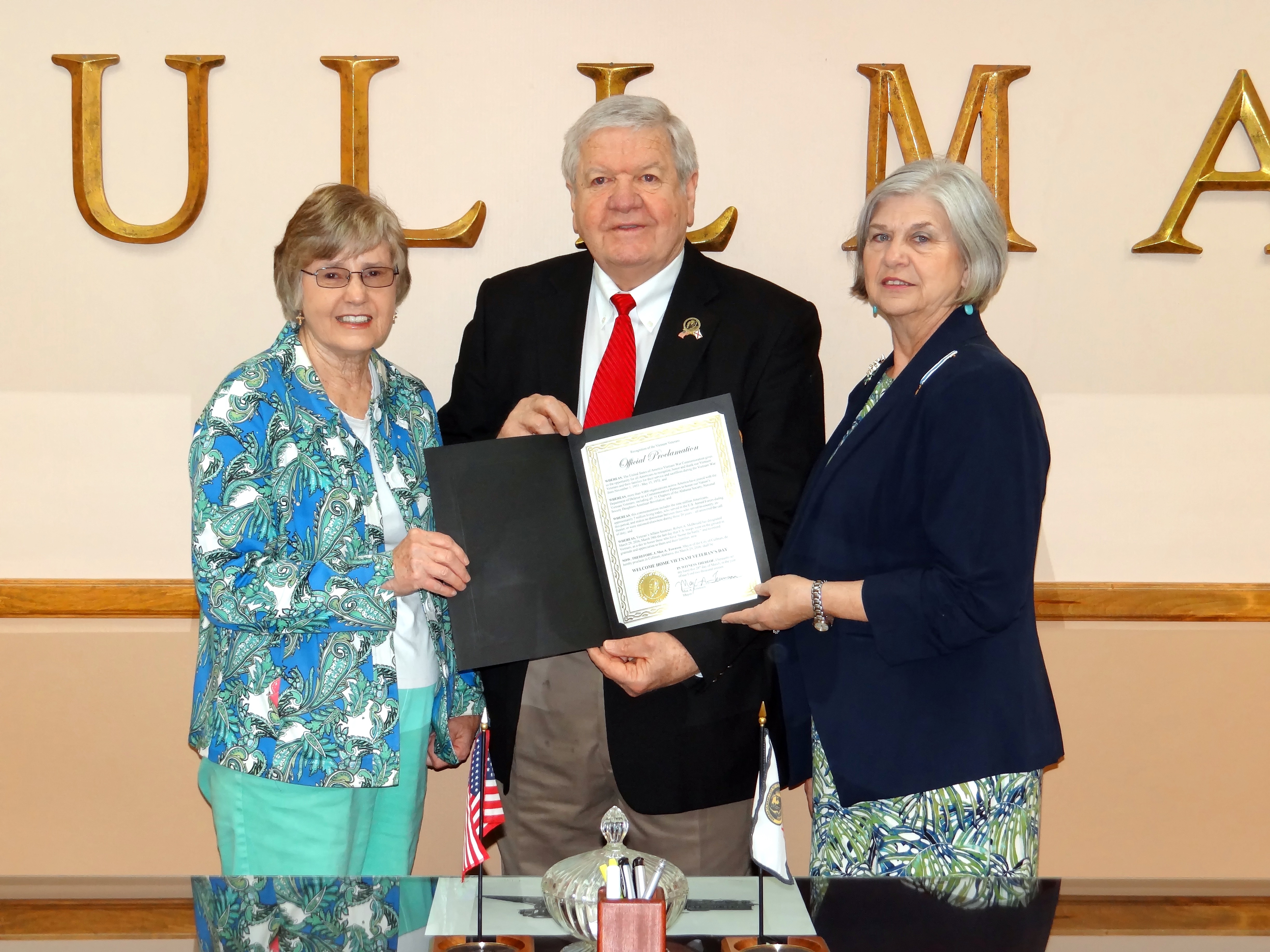 CULLMAN – On Monday, March 28, Cullman Mayor Max A. Townson proclaimed March 29, 2016 “Welcome Home Vietnam Veterans Day” in the City of Cullman as part of the United States of America Vietnam War Commemoration. The City of Cullman is proud to join over 9,000 organizations across America and the United States Department of Defense to honor our veterans and their families for their service and sacrifices during the Vietnam War. This commemoration includes the nine million Americans who served in the U.S. Armed Forces during this 20-year period, and makes no distinction between those who served in-country, in-theater or who were stationed elsewhere from November 1, 1955, through May 15, 1975, because all answered the call of duty!

March 29 is designated “Welcome Home Vietnam Veterans Day” because it marks the last day that U.S. troops were on the ground in Vietnam and has been set aside to honor and extend gratitude and appreciation to those who have “borne the battle.” On hand to accept the proclamation on behalf of the Dripping Springs chapter of the Daughters of the American Revolution were Brenda Scott and Rhonda Van Zandt.

Townson extended his personal thanks and gratitude to the veterans of the Vietnam War and urged all Cullman citizens to do the same.