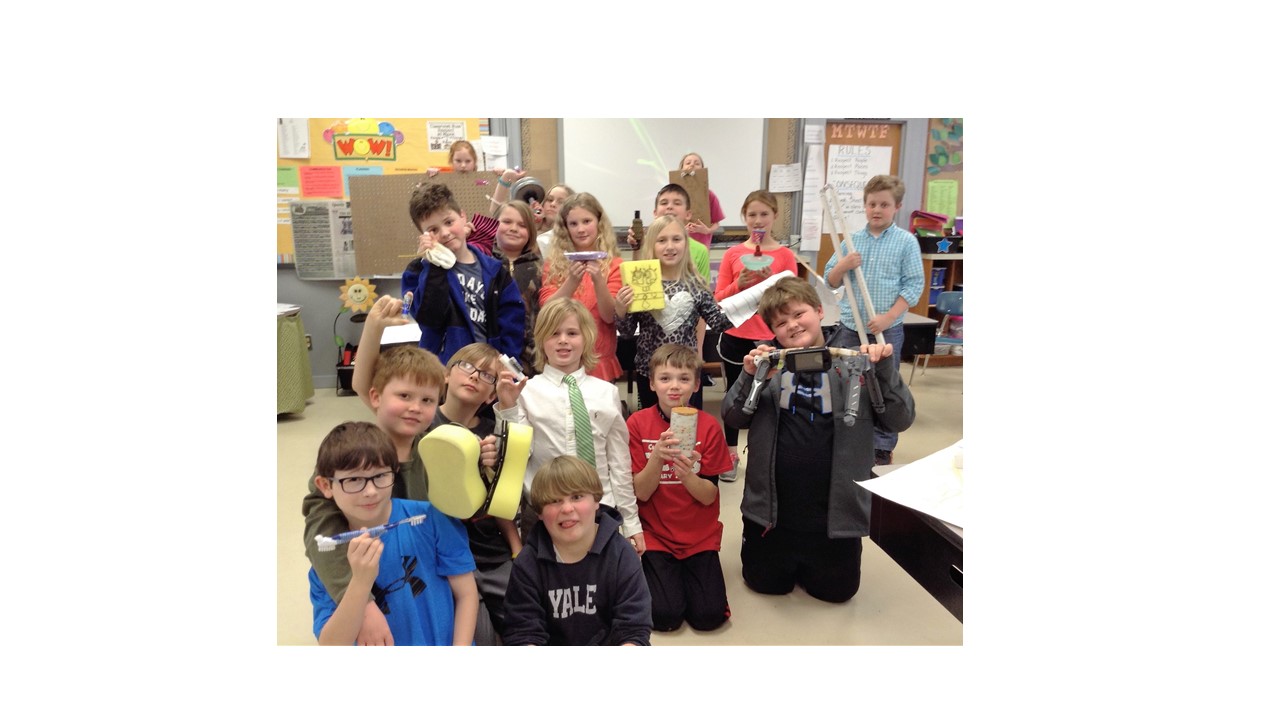 After completing research on inventors of their choice and taking part in various activities in the program’s invention unit of study, the students used the SCAMPER method (problem-solving technique) to brainstorm some possible inventions.

The assignment was for each student to think of a problem that needed to be solved in their world (home, school, etc.) and create a solution for it in the form of an invention.  They were to create a prototype if they could not create a real working model.  The students had to create it, name it, create an advertisement for it, calculate the approximate cost and explain their display to other students and parents.

The Invention Convention was held on Feb. 9 for third-grade students and Feb. 10 for fourth-grade students.  Parents were invited, as well as other students.

Miranda Gunter, who oversees the Discovery gifted program at West Elementary, said, “I was impressed by the creativity of my students with their inventions.  I told them that I would use many of them myself!  It was also great to see the excitement of other students who came to the Invention Convention.  More than one student told me an idea that they had for their own invention as they were leaving the convention."

Find out more about West Elementary School at http://wes.cullmancats.net/.