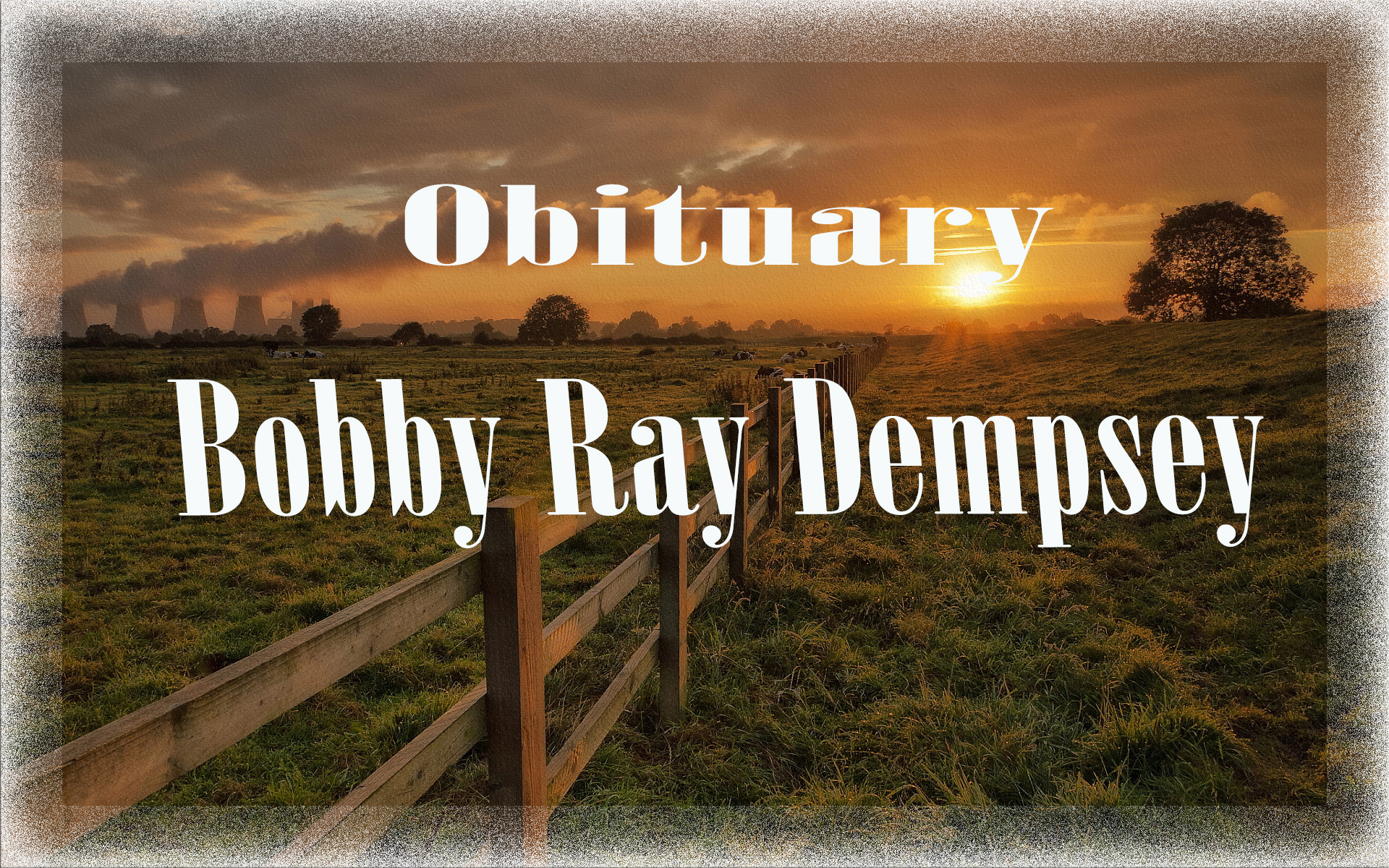 Mr. Dempsey was born on May 15, 1943 in Red Bay, Alabama. Bobby worked many years at Winston Furniture and Marshall Durbin's. He loved spending time with his grandkids and great grandkids. Bobby enjoyed fishing, handling his livestock, collecting knives, swords, and time with his dog "Bullet". He was a special man that never met a stranger and was always willing to help people out in any way he could.

Visitation were held on Tuesday, March 29, 2016 from 6 p.m. until 9 p.m. at Nichols Funeral Home in Haleyville, where services will be held on Wednesday, March 30, 2016 at 11 a.m. Brother Walt Bennett will officiate. Burial will follow in Mt. Ebron Baptist Church Cemetery.