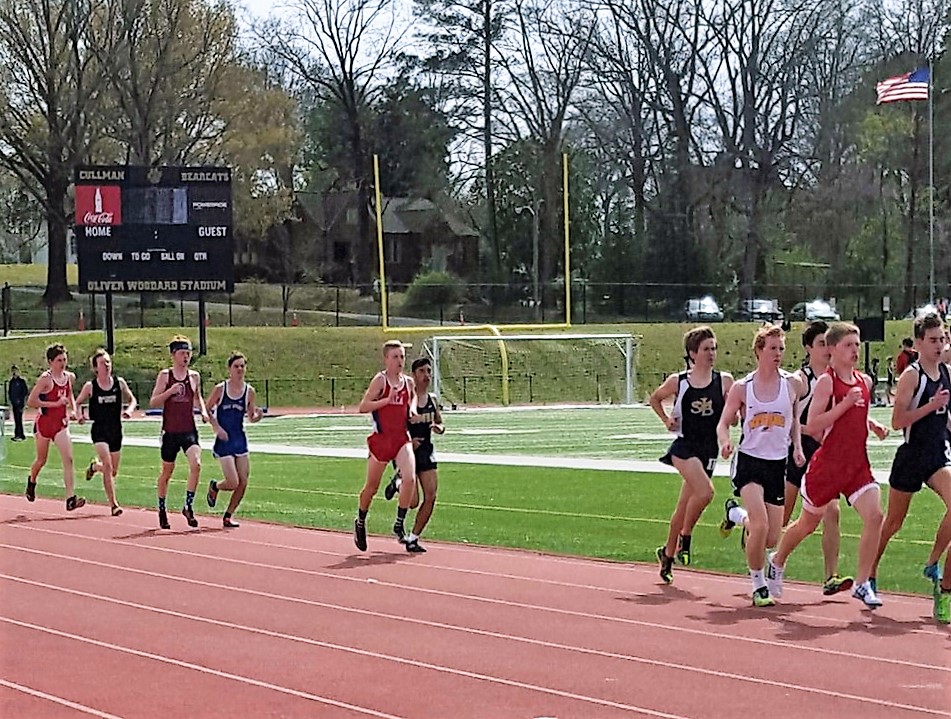 CULLMAN – From a solid performance by the Cullman Bearcats and Lady Bearcats Friday to respectable finishes from the Cold Springs Eagles and St. Bernard Lady Saints Saturday, the Cullman High School Track and Field Classic had a local flavor for success against very good competition from outside the area.

The Classic featured the large school divisions of 5A, 6A and 7A meeting one another Friday evening with the smaller schools of 1A through 4A taking to Oliver Woodard Stadium on Saturday.

Cullman overtook Albertville in the final event of the night, the 4 X 400-relay, and won with a total of 140 points. Albertville was second at 132 and Gadsden City third with 124 points. Twelve schools competed in this division, including 5A locals Fairview and West Point. The Cullman Lady Bearcats earned a first place trophy by holding off Arab 152 points to 142.5.

Then Saturday, Cold Springs worked hard to get the runner-up spot in its division, a total of 81.33 points to stay ahead of Oneonta who had 67. Winfield ran away with the title by scoring 107.5 points.

The St. Bernard Lady Saints excelled with a fourth place finish out of 18 teams, racking up 60 points. Holly Pond was sixth in the field with 44, Cold Springs seventh with 38 points.

Winfield swept the team competition as the Lady Pirates won the smaller division with a score of 122.

Walker Caretti, Will Kress, Tucker Franey and Logan Shugarts presented Cullman the team title when they turned out a winning time of 3:41.95 in the 4 X 400-meter relay. That allowed the Bearcats to move past Albertville, who led for most of the event.

Savanna Carter, Anna Franklin, Rachel Collins and Callie Hollingsworth led the Lady Bearcats to first place in the 4 X 400-relay with a time of 4:24.54.

Carter claimed victory in the 100-meter hurdles at 15.94. Tally Wilson won the pole vault with a distance of 11 feet, 6 inches.

Crandall excelled to first place in the 200-meter run at 22.91 to give him a good day running under adverse conditions of wind speed from 14 miles per hour, with gusts reaching at least 30 miles per hour.

Matt Cahoon of Holly Pond won the javelin with a toss of 157 feet, 6 inches and the high jump at 6 feet, 4 inches.

William Sciaroni of St. Bernard edged Cold Springs' Stanley in the 800-meter with a winning time of 2:04.83.

Kinley Campbell of Cold Springs was a winner for the first time in the javelin at 85 feet, 10 inches.

This was the second meet hosted by Cullman in a span of three weeks. Cold Springs is planning to have a couple of meets on campus after spring break. The dates are March 28 and April 1.

Each school has a month left in the regular season before they focus on sectional meets in late April and the state championships in May. The 1A-3A for the second consecutive year will be held at Cullman's Oliver Woodard Stadium.