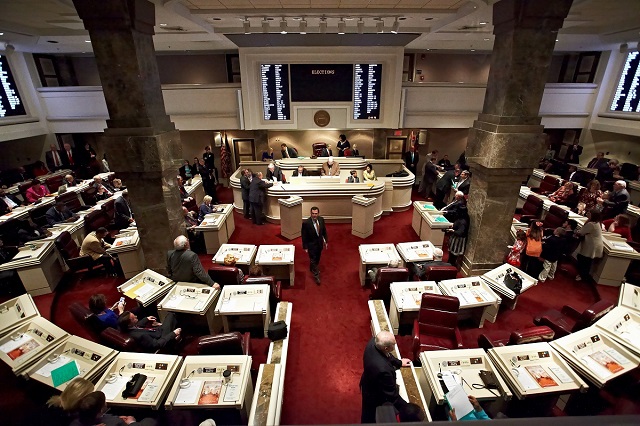 “As a result of the responsible spending practices that have been utilized since Republicans took leadership of the Legislature, this budget is able to reward teachers and support personnel with a needed pay raise that also closes the salary gap between administrators and classroom educators,” House Ways and Means Education Chairman Bill Poole, R-Tuscaloosa, said. “This budget, coupled with ongoing reforms, represents an investment in our children and our education employees, in our workforce development and job creation efforts, and consequently, in our future prosperity.  This budget truly focuses on solutions that will lead us to a better future.”

Under the House-passed budget, teachers and support personnel, such as bus drivers, lunchroom workers and others, earning less than $75,000 a year will receive a four percent salary increase while administrators and others earning more than $75,000 will receive a two percent raise.  The proposed ETF budget includes a four percent across-the-board pay raise for all community college employees. The budget also fully funds health insurance and retirement program funding requests.

Speaker of the House Mike Hubbard, R-Auburn, noted that Republican passage of the Proration Prevention Act in 2011 allowed the quicker-than-expected repayment of more than $400 million that Democrats had siphoned from a rainy day account.  The repayment freed up significant funding that can now be redirected to successful classroom programs.

“This budget also includes significant increases in classroom spending for priorities like First Class Pre-K, distance learning, school technology and Advanced Placement courses,” Hubbard said.  “When coupled with the funding we are providing to make us the first state in the nation to offer wireless broadband access in each of its K-12 public school classrooms, this education budget may be considered among the best ones passed in Alabama’s history.”

The highlights in the Fiscal Year 2017 Education Trust Fund budget include:

The ETF budget will now go to the State Senate for consideration.