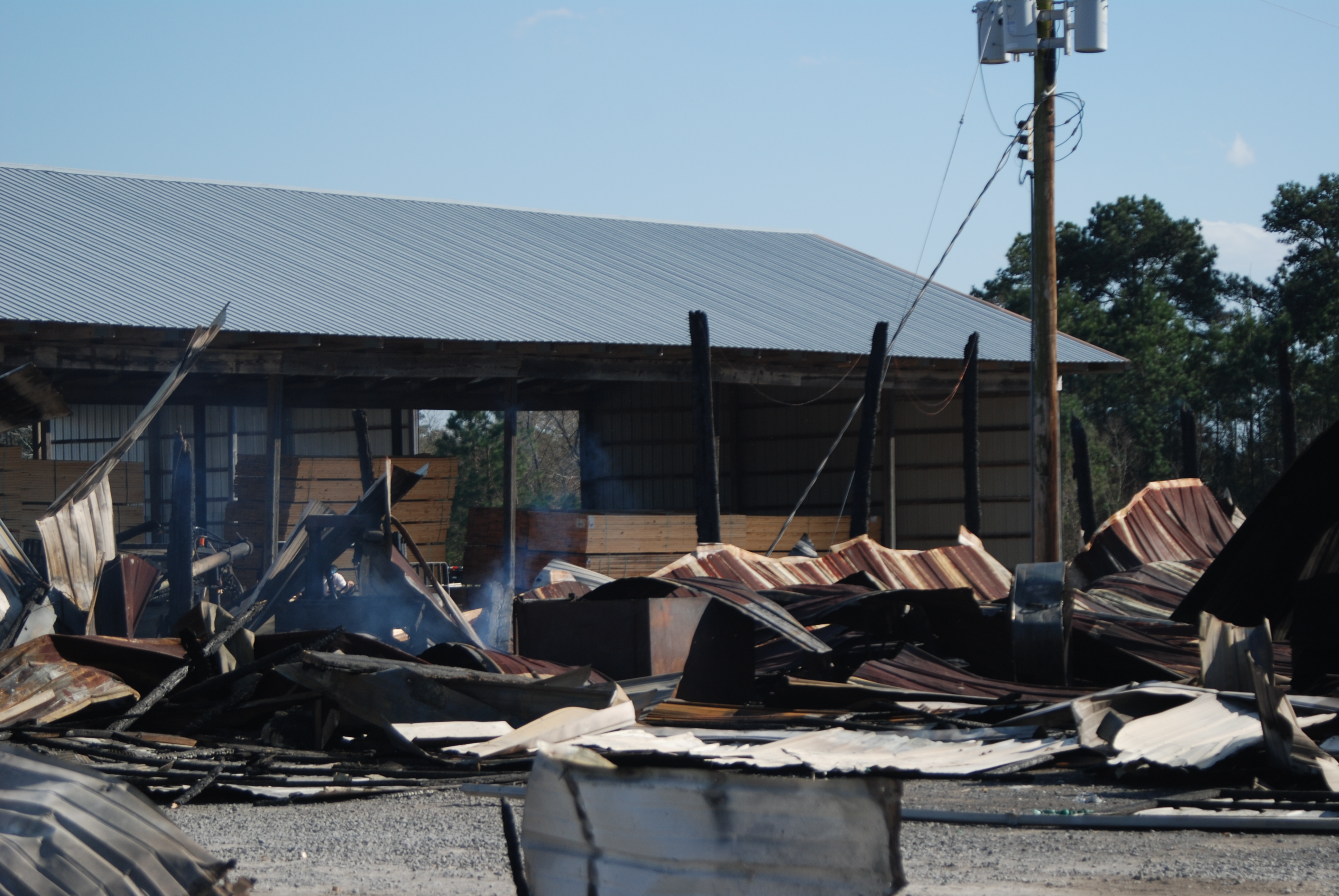 Of course we are still trying to figure out what we’re going to do. For trusses, we will probably be buying them from somewhere else.”
Terry Walker, owner

BAILEYTON – Last night, Monday, March 7, a fire completely destroyed part of Walker Brothers Building Supply, located on School House Road in Baileyton.  The fire is thought to have started around 9 p.m. and was contained a couple hours later around 11p.m. with the help of firefighters from Baileyton, Fairview and Joppa. As of Tuesday evening, the cause of the fire, which completely destroyed the company’s truss manufacturing building, is still unknown.

“The fire departments from Baileyton, Joppa and Fairview got here pretty quick last night. They kept the fire from spreading to other areas of the business,” said Terry Walker, owner. “We had about eight or nine trucks here at the same time.”

In time, Walker Brothers will rebuild their truss building, but for now, Walker had the following to say about their immediate plans.

“Of course we are still trying to figure out what we’re going to do. For trusses, we will probably be buying them from somewhere else. We have a little deal going with a place in Tennessee. It’s a place someone bought for the property and not for the machinery on it, so we’re going to go up and look at it. Hopefully it won’t be too old and there will be something reasonably priced we can purchase.”

What’s left of the truss manufacturing building’s rubble continued to smoke late into the day on Tuesday. In the meantime, it’s business as usual at Walker Brothers Building Supply.

CullmanSense will continue to follow this story and provide updates as they occur.