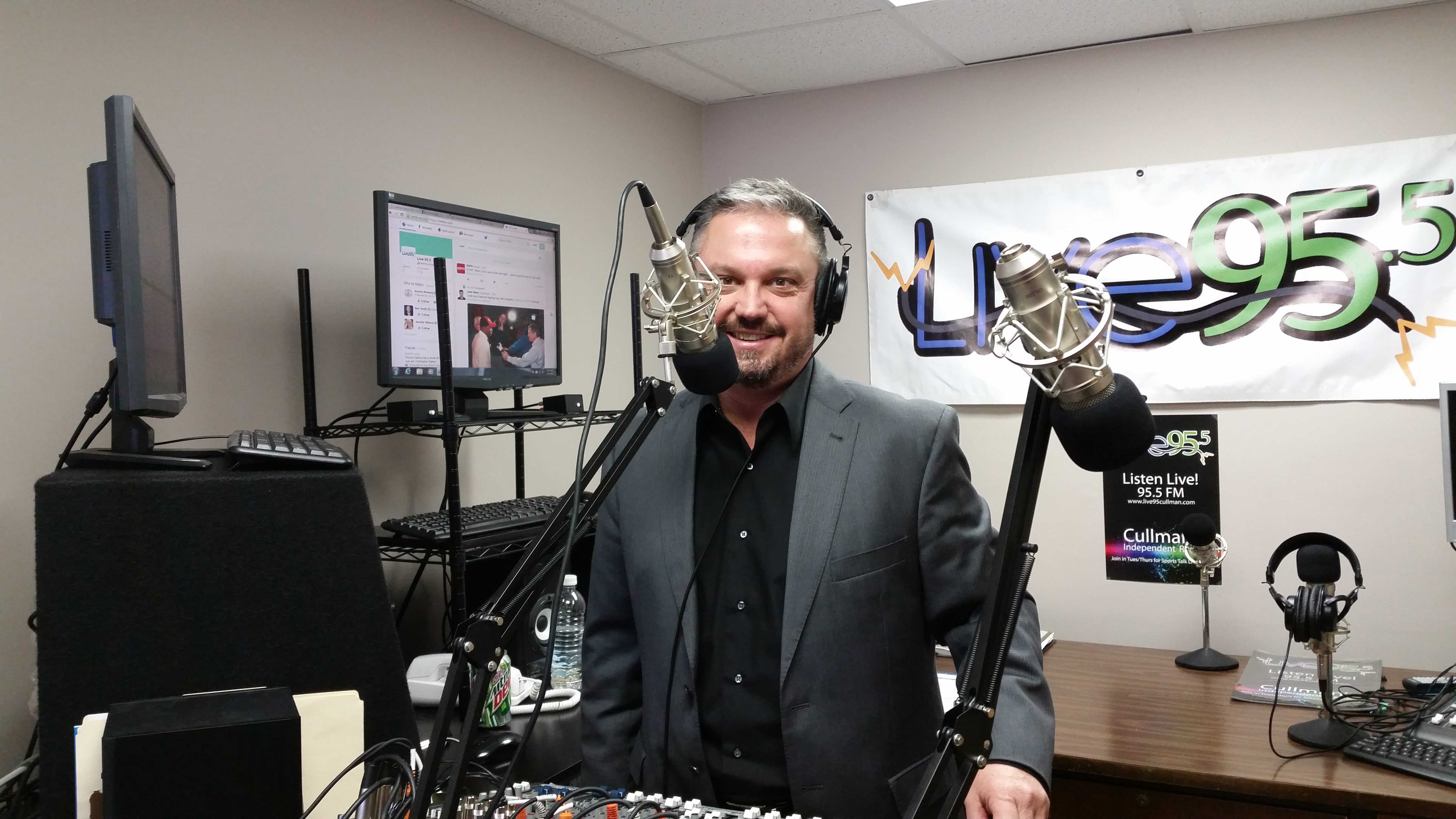 We broadcast the Cullman Community Band and we do local charitable events. We try to put stuff on air from around town, and so part of that I wanted to bring to the morning show, too.”
Tommy Warhurst, host

CULLMAN – There’s a brand new morning radio show on the FM dial, and it’s broadcast from right here in Cullman. “a.m. LIVE” hit the air for the very first time on Monday, Feb. 1 on Cullman's Live 95.5.

Show host Tommy Warhurst takes mornings by storm as he delivers Cullman's only local morning show. “a.m. LIVE” can be heard from 6-8:00 a.m. on Live 95.5. It features a great mix of music plus local headlines, events, guests and more – all spotlighting the Cullman County area.

Warhurst did Live 95.5’s football play-by-play the year the station signed on. Later, he took over the reins as The Voice of Cullman Bearcat Football. Insurance man by day, he gives back to the community weekday mornings by hosting the station’s new radio show where he promises not to talk too much because he knows morning drivers like their music.

“Cullman (did) not have a live local radio show, it’s simulcast from other places or you can listen to Huntsville or Birmingham,” said Warhurst. “Live 95.5’s license from the FCC is nonprofit; it is a 501c3, so part of that charter with the FCC is to be community-oriented. So we broadcast the Cullman Community Band and we do local charitable events. We try to put stuff on air from around town, and so part of that I wanted to bring to the morning show, too.

“The goal is, several days a week, depending on the availability, I am going to try to have local guests on,” he continued. “Next week, for example, I’ve got Jacqueline Schendle from the Better Business Bureau coming to talk about scams and what’s going on. I’m also going to have Javon Daniel on one day next week. He is with Cullman Caring for Kids. I want to bring those kinds of things to light; that’s what we are here for.”

Don’t miss the newest edition to the station, “a.m. LIVE” weekdays from 6-8 a.m.! Also, be sure to follow Live 95.5 on Facebook at https://www.facebook.com/live95cullman.