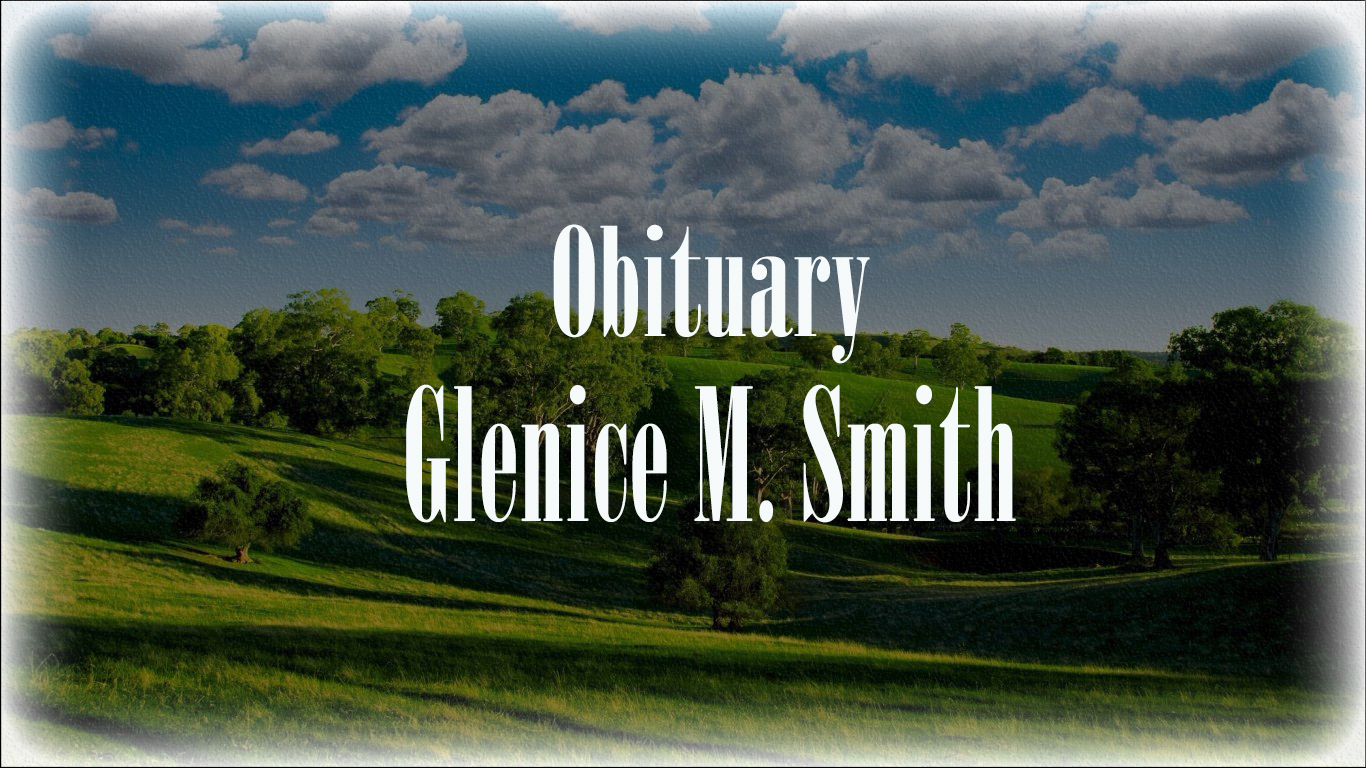 Mrs. Glenice M. Smith of Cullman Alabama passed away on January 25, 2016 at Woodland Village Health Care Center at the age of 86. She was born in Georgia on October 2, 1929 to Jackson A. and Bessie Smith. She worked as a seamstress. She is preceded in death by her parents, husbands: Edward H. Smith and Curtis Jackson, brothers: Arley and Jerrol Smith.

Funeral services will be on Wednesday, January 27, 2016 at Moss Funeral Home Chapel at 2 p.m. with Rev. Larry Duke officiating. Interment will be in Cullman Memory Gardens.