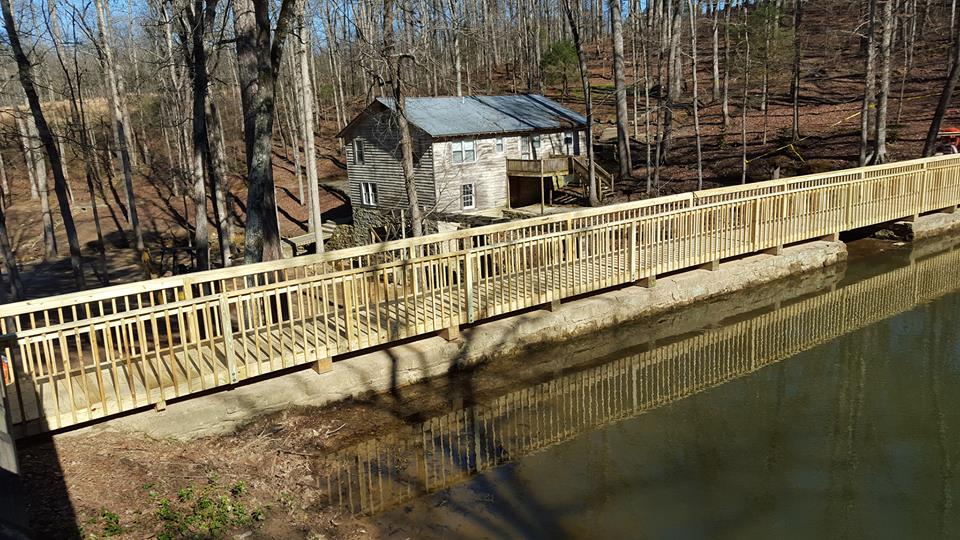 CULLMAN – Clarkson Covered Bridge Park reopened to the public on Jan. 13. The park, built around the historic bridge, was damaged during the 2015 Christmas Day Flood, and while no harm came to the bridge itself, walkways and paths around the park were damaged. The park was closed to the public for repairs that were expected to be take until the end of January.

Instead, repairs went more quickly than expected and the park is now officially reopened to the public.

According to officials with the park, walkways and bridges have been repaired along with the washed-out driveways. The flood caused quite a bit of damage, but park employees worked hard to get the park back open as soon as possible.

There are still small issues to be addressed, but they do not require the park to be closed.

Cullman County Parks & Rec Marketing Manager Sara Teichmiller and Director Doug Davenport spoke to the details regarding the repairs at the park.

“All damage to the park has been repaired,” they said.

Although the two could not comment on the cost of the repairs because they did not “have the true numbers” at the time, the expense was surely cheaper than replacing the bridge in 1921 after a flood carried it away.

But, according to Davenport, this is the worst damage to the park since that 1921 flood.