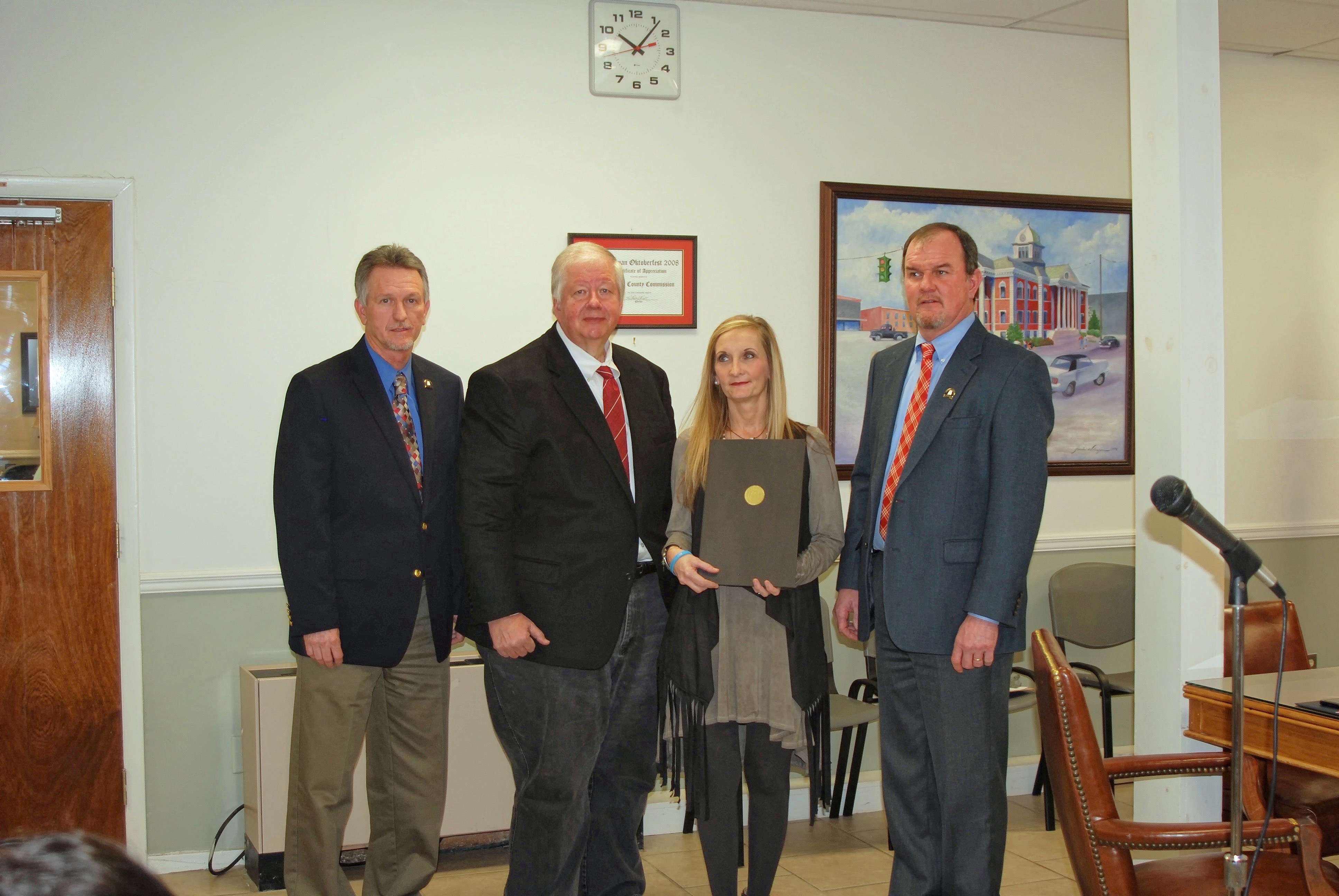 The average age of a (human trafficking victim) is 13-years-old; so you have young people who make connections online who are lured away with promises. Those promises soon turn to exploitation.”
Judge Kim Chaney, Human Trafficking Task Force member

“I am truly grateful that both the city and the county have both recognized this as Human Trafficking Month,” said Task Force Chair Kathy Wilson. “Hopefully this will help bring awareness to the community and keep us with the quality of life that we have. That’s our goal – awareness.”

“I wish I could say this didn’t happen in Cullman County, but it’s an issue that we have here,” said Chaney. “We’ve got some training that we are sponsoring; we have some practitioners training for law enforcement, teachers, nurses and juvenile probation officers. We have over 200 people, as of this morning, who have already signed up for that training. It is going to be at Daystar Church Jan. 26 and 27 from 9 a.m. – 4 p.m.”

Wilson stated that there is also a public training on Jan. 26.  The training is free to the public and will be from 6 – 7:30 p.m. at Daystar Church. The church is located at 200 Daystar Drive in Cullman.

“Jan. 26 is going to be for individuals and families that want to learn how to keep their children safe,” Chaney continued. “The average age of a (human trafficking victim) is 13-years-old; so you have young people who make connections online who are lured away with promises. Those promises soon turn to exploitation.

The Commission thanked Chaney and Wilson for all the work they have done to bring awareness about human trafficking to the community.

The following is a copy of the proclamation that was presented:

Whereas, human trafficking is a form of modern day slavery and is a crime against humanity that violates the most basic human rights; and

Whereas, human trafficking occurs when an adult or child is recruited, harbored, obtained or exported through force, fraud or coercion for the purposes of sexual exploitation, forced labor, involuntary servitude, debt bondage and other methods of slavery; and

Whereas, nationally, the criminal enterprise of human trafficking is second only to the illegal drug trade, in terms of the speed of its growth and being among the most lucrative; traffickers typically use multiple means to conduct their victims including: beatings, rape, isolation, drug or alcohol dependency, document withholding, and psychological and emotional abuse; and

Whereas, human trafficking is an industry that generates about 32 billion dollars in the U.S. each year, from girls and boys in the commercial sex trade who are as young as 11 years old; and

Whereas, since 2010 when laws were enacted making trafficking a crime in the State of Alabama it has become a rapidly growing problem in our backyards with the main targets being women and children with over 100 reports filed annually in our State; and

Whereas, our local community unites to combat this modern day slavery and brings together non-profits, government, and private sector businesses in prevention, prosecution, education and awareness efforts to restore freedom and dignity to survivors.

DONE AND PROCLAIMED this 12th day of January 2016.