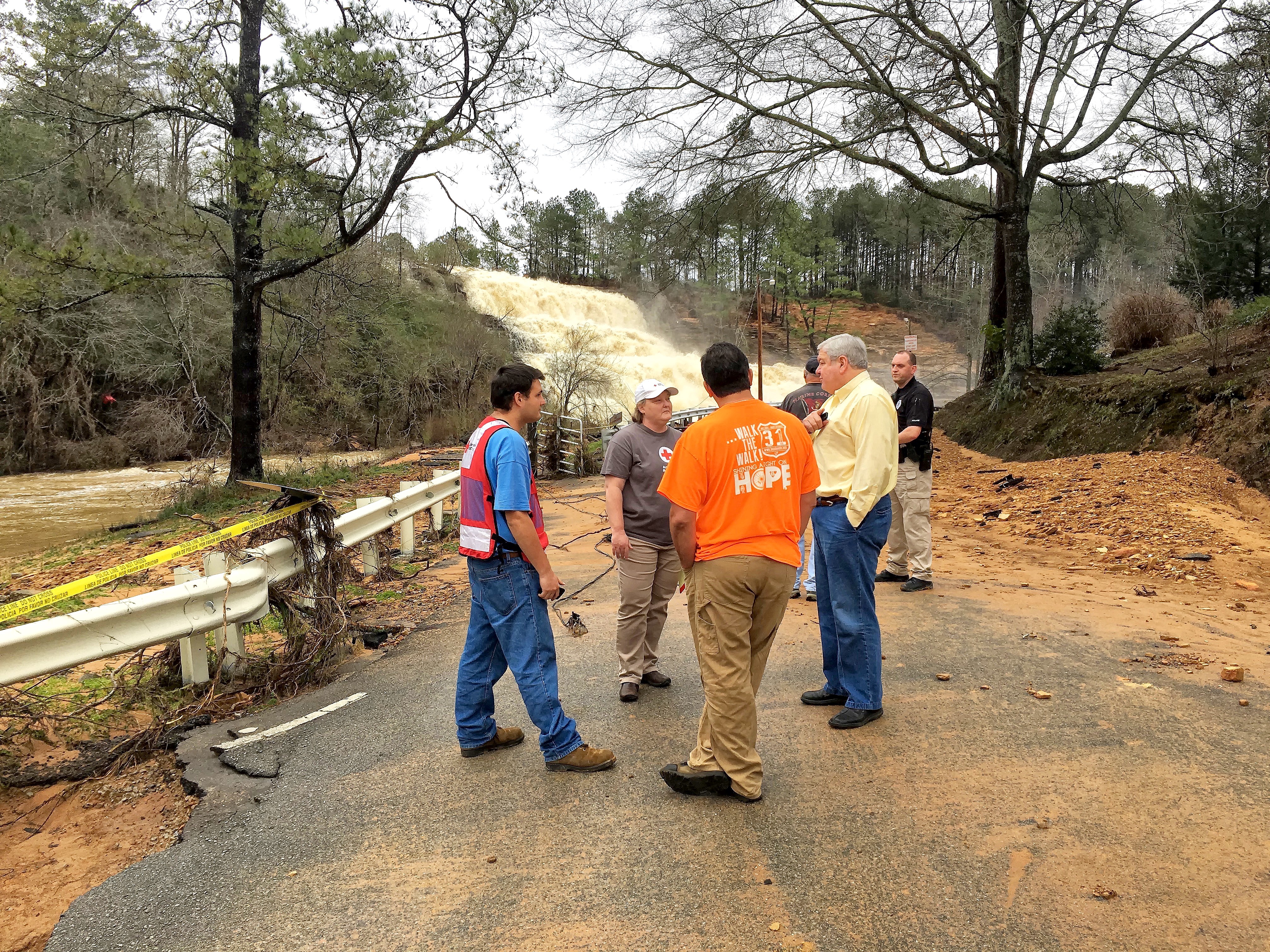 CULLMAN – Cullman and its surrounding areas are still recovering following the floods of Christmas week. According to John Lang, head engineer at the Cullman County Road Department, there were 75 roads and/or bridges that were completely impassable when the storms first hit.

As of New Year's Eve, all Cullman County roads have been reopened, according to the Cullman County Sheriff’s Office. In town, portions of Larkwood Drive and surrounding streets near Larkwood Falls remain closed.

“My initial projection for the damages caused by the storm was $526,000,” said Lang.

Lang thinks that now, however, that number seems very low.

Lang said that there were a couple of situations that caused people to be stuck because roads on either side of them were flooded.

He also said that the main thing that is needed now is patience from the residents of Cullman.

“We expect to get everything as close to as it was before the storms and repaired, but it won’t be overnight. I estimate it will take about six months, so please bear with us and be patient.”

As far as the city is concerned, Scotty Tally of the Cullman City Street Department said that in 18 years on the job he has never seen anything like this.

Tally had the same message for Cullman citizens as Lang, “Bear with us,” he said. “I know it sounds rude, but stay out of the way and let us work. It’s for the safety of everyone involved.”

Mayor Townson spoke about the storm, saying, “First of all, we feel for everybody, because this affects us all. And this situation here at the Larkwood Bridge, it’s the worst I’ve ever seen.”

Townson said that the bridge will be closed indefinitely, also saying that there is a new bridge to replace this one in 2017.

“This bridge has flooded, I believe, about four times since I have been the mayor, so we have to get it higher up.”

For those in need, whose homes have been destroyed by the storms, Townson said that “our hearts go out to them. Red Cross is available; EMA, United Way. We went through this in 2011, and we will come back.”

“We gave out clean-up kits to those who requested them,” Chappell said. “The clean-up kits include bleach, a mop, a commercial broom, chemicals for cleaning and a squeegee.”

Chappell, who has volunteered in Oklahoma, South Carolina and Kentucky, along with Alabama, said that he has never seen anything like the flooding at Larkwood Falls.

Dale Greer, assistant director of the Cullman Economic Development Agency and instrumental agent in moving the Duck River Dam project forward, said that the reports about the damage to the dam are greatly exaggerated.

“The dam is not overflowing,” Greer said.

While the dam was expected to take a year to fill up, it took less than a week, and according to the engineers onsite at the dam, all the equipment is running as designed.

According to Greer, there were gauges in Vinemont that recorded eight inches of rain on the day after Christmas. “Which approaches the qualification of a 100-year flood,” Greer said.

A 100-year flood is a flood event that has a one percent probability of occurring in any given year.