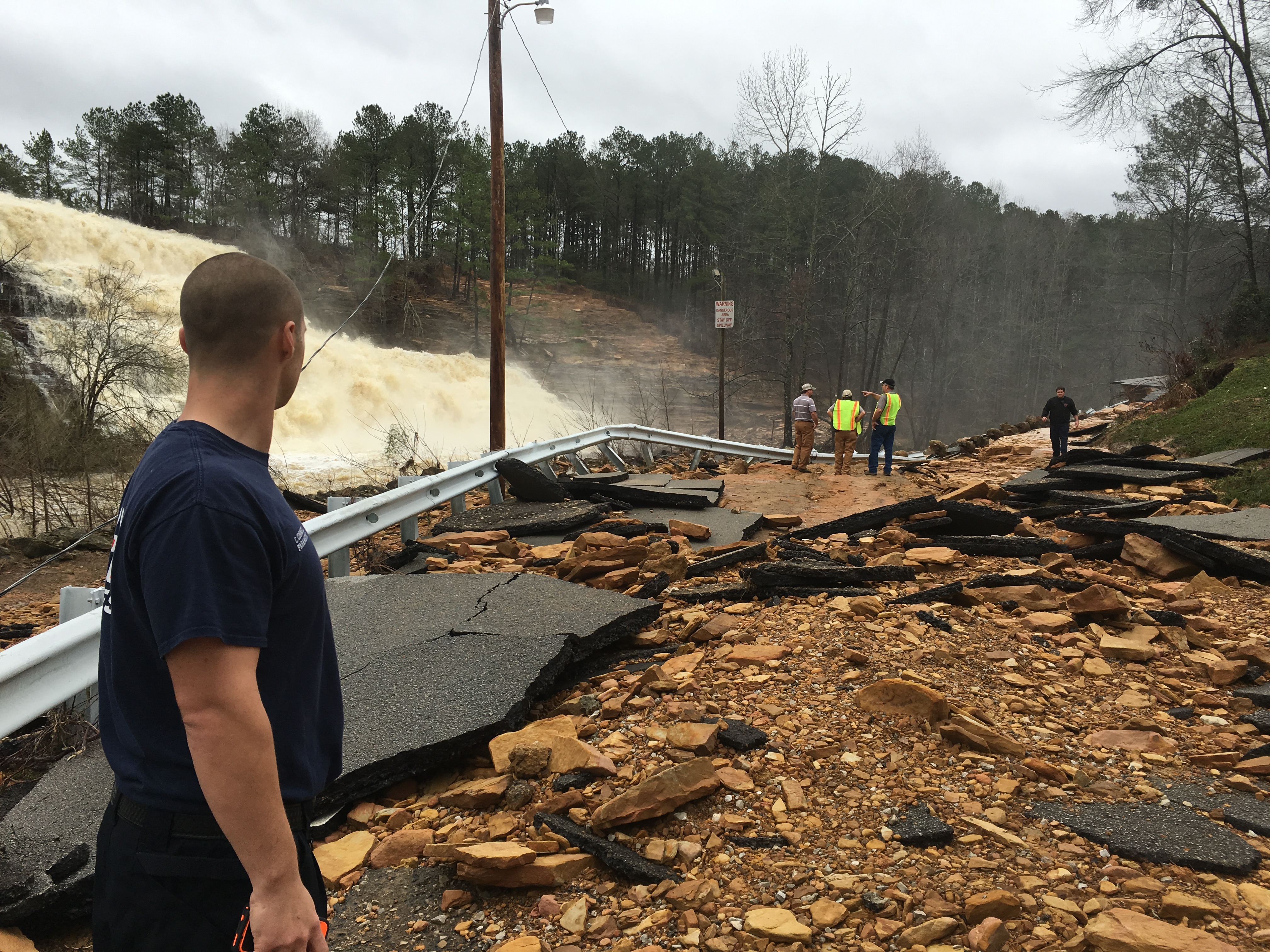 CULLMAN – The Cullman Police Department, Cullman Fire and Rescue, Cullman Power Board, Cullman Street Department, along with Cullman Mayor Max A. Townson are all asking the public to stay away from affected areas from the flooding which occurred on Christmas Day.

"These areas are still not secure at this time and we don't want anyone to be injured trying to get close to the falls at Larkwood," said Mayor Townson.

Cullman Police Department has reinforced the mayor's comments by adding, "we aren't trying to be rude, but these areas are not safe for residents. If you see a barricade or police tape, please turn around."

Mayor Townson said it will take some time before the roadways are back to driving conditions. Until then he is asking the public to be patient.

"It takes time for our street department to inspect all the affected areas, and this may cause delays for some, but we are just trying to get everything cleaned up and assess the situation," he said. "Please just be patient. We've dealt with tragedy in 2011 and we will handle it now."