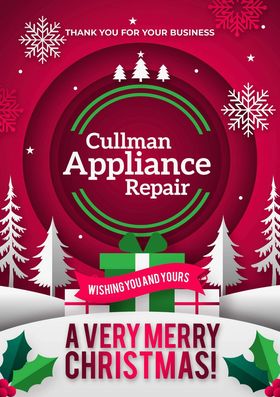 It’s uncommon nowadays that a business can be prompt, knowledgeable, efficient, reliable, kind and helpful all wrapped in one. It’s even more uncommon that you see a business that has all the above plus a team that works together to help get the job done efficiently, timely, and that keeps costs affordable for the community.

Yesterday was very eventful and productive here at my parent’s house to say the least.
My dad noticed that their refrigerator was leaking water and couldn’t find the leak anywhere. My dad shut the water off to the fridge to try and find out where the leak was and what did we need to fix it. Since my dad’s health has increasingly/rapidly declined, it makes it more difficult for him to do what he used to could do. I was doing my best to try and help and I finally broke down and said that I was calling my friend for help but I couldn’t remember his name to save the life of me (it made me feel bad). I then took to the old Facebook and made a post asking about refrigeration repairs. Thank you all for the recommendations. When I started reading the comments, I realized that it was Robert Brantley who had helped us once before right after the hail/tornado.

I called and left a voice mail. Within one minute, I got a return phone call from a lady named Christy from Cullman Appliance Repair! Christy was so nice and very helpful. She asked me a few questions and then proceeded to give me more in-depth information and what to expect. She explained the service fee, flat rates and the cost of parts/labor if deemed warranted. She was also willing to set up an appointment for one of their team members to come take a look this week as early as Wednesday. I was impressed by her knowledge, kindness, eagerness to help, friendly professional attitude, and (it) made me feel like a human being instead of just another customer. I told her that once my mom got home later yesterday afternoon that we would discuss what my mom would like to do to get their refrigerator fixed. Christy said that was fine and to call back if we needed them.

No sooner than I hung up from Christy, Robert called me. I told him what was going on and if it could be fixed. Little did I know that it was only a minor issue that could be fixed with some hot water!! He explained what I needed to do since we already had the fridge pulled out and had taken the covers off. I learned a lot yesterday about our refrigerator that I didn’t know before. That knowledge will now be with me the rest of my life!

With all the above said, I just want to give a huge shout out to Robert Brantley and Christy Best with Cullman Appliance Repair!!

Cullman Appliance Repair is the epitome of a locally owned business here in Cullman that provided excellent customer service!!

I highly recommend Robert Brantley and his team at Cullman Appliance Repair!!!