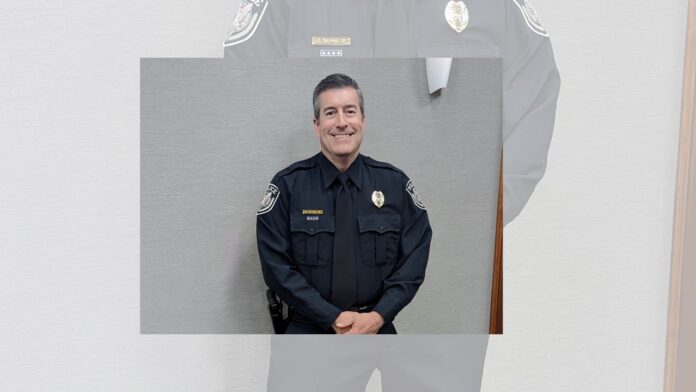 CULLMAN, Ala. – At its meeting Monday, Dec. 5, the Cullman City Council named David Nassetta the next chief of the Cullman Police Department (CPD), filling the spot left vacant after longtime Chief Kenny Culpepper’s retirement on Dec. 1.

Nassetta shared, “I am very excited to have the opportunity to lead the men and women of the Cullman Police Department.  I can’t say that there isn’t a little nervousness mixed in with that excitement, as I am taking over a position that has been very capably filled by Chief Culpepper for the last 34 years.  He’s been a vital part of the department, as well as the community, in so many ways.”

A 1993 graduate of St. Bernard Prep School, Nassetta began his career in public service in 1996 as a reserve police officer with CPD. After his graduation from Auburn University in 1997 with a bachelor’s degree in Criminology, Nassetta was hired full time by CPD as a patrol officer. In 2014, he was promoted to sergeant, then moved to Investigation in 2016. Soon after, in 2018, Nassetta was promoted to lieutenant, serving as the traffic unit lieutenant then investigation lieutenant. He was appointed assistant police chief earlier this year upon the retirement of Craig Montgomery.

During his tenure on the force, Nassetta has worked as a task force officer for the Bureau of Alcohol, Tobacco, Firearms and Explosives, in narcotics, as a firearms instructor and as a member of the tactical unit.

“I am so very grateful to the city council and Mayor (Woody) Jacobs for giving me this opportunity.  Finally, I can’t thank everyone enough for all the support I have received,” Nassetta continued. “From the folks I work with to all my friends and family – I can’t count the phone calls and well wishes I have received.  It’s a great motivator for serving a community that means so much to me.”