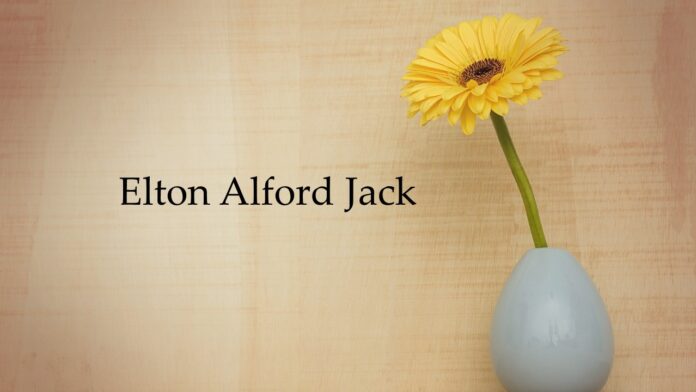 Elton was born on Jan. 6, 1934, in Haleyville to Joseph Virgle Jack and Bertha Elizabeth Berry Jack. He was a Deacon at St. Paul Missionary Baptist Church and a Mason of F & AM of the Grand Lodge of Haleyville.

A visitation will be held on Wednesday, Dec. 7, 2022, from noon until 2 p.m. at Nichols Funeral Home in Haleyville with funeral services to follow at 2 p.m. at the funeral home. Dennis Steward and Zachary Smith will officiate. Interment will follow in Winston Memorial Cemetery.