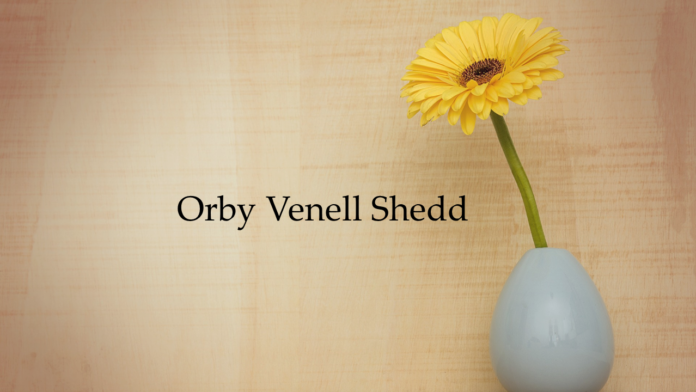 On Wednesday, June 15, 2022, Mr. Orby Venell Shedd went to be with the Lord and reunite with his wife of 66 years, Minnie Beatrice Shedd. Mr. Shedd was 90 years old and the son of Aaron Thomas Shedd and Ithoma Flemming Shedd.

Mr. Shedd served his country in the 11th Airborne Division as a paratrooper trainer and also represented his division as an army boxer. After service, he married and proceeded to build a career as a barber while running a construction business. Later, he finished his working career on the state road department. During retirement, he earned his GED and attended college to get training in psychology and volunteer his time in this field before settling down to various hobbies. His main hobbies were playing banjo on YouTube and assisted living homes and building scaled models of historical buildings and homes. His models can be seen at the Light Museum in Arab, AL, Baileyton Town Hall and the Montgomery Capital Building.

A memorial service will be held at a future time to be determined by his family.