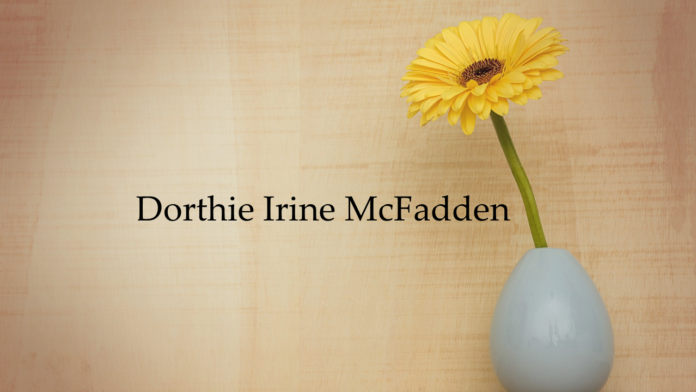 Funeral service for Dorthie Irine McFadden, 85, of Cullman will be at 2:00 p.m., Tuesday, December 7, 2021 at Cullman Funeral Home Chapel with interment in Hopewell Cemetery, with Rev. Steve Rodgers officiating. Visitation will be Tuesday at the funeral home from 12:00 p.m. – 2:00 p.m. prior to the service.

Cullman Funeral Home is honored to serve the McFadden family.

Mrs. McFadden passed away Friday, December 3, 2021 at her residence.  She was born August 5, 1936 to Dallas and Susan Pearl Folds Hines.  She was a loving mother and grandmother and will be truly missed.