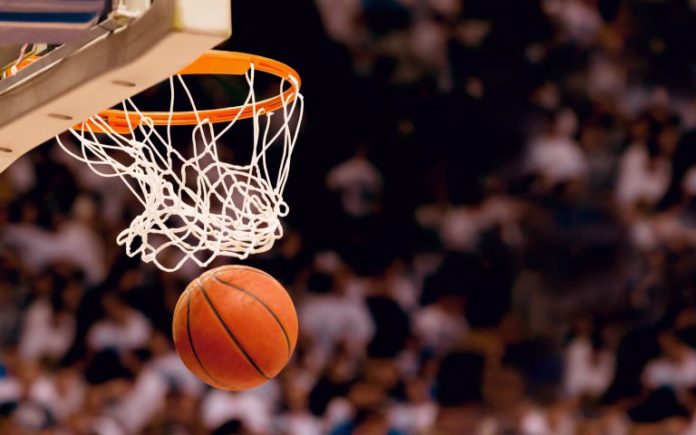 ADDISON, Ala. — The Addison Bulldogs split a pair of games with the 3A Clement Colts on a chilly night in Allen Stephenson Gym. The ladies dropped a closer than the score indicated 69-58 game, while the boys took the nightcap in a rout 61-41.

The ladies opened the night with high hopes as they hoped to tame the colts. The young bulldogs played hard and with tough defense led after one period, 14-13. Bracey “Tiny” Rodgers carried the ladies Dawgs by scoring 10 of the 14- points Addison scored in the period. The second period had Clements taking charge with their do all Sophomore point guard Jenny Trent driving to the basket and nailing three pointers. At the half, Clements had a slim 32-30 lead, and the game was still up in the air.

The second half turned into the third period of doom for the Lady Dawgs. Clements raced out and away outscoring Addison 24-11 in the period. Trent could not be stopped, and Senior Forward Janiah Anderson started rebounding and scoring as well. Rodgers and Molly Gilbreath tried to keep the Dawgs close but after three the Addison ladies found themselves down 15.

Addison first year coach Bailey West, who is very animated on the sidelines, get her young ladies to fight and claw back into the game and they actually outscored the Colts 17-12 in the final frame. But it was not enough as Addison had absolutely no answer for Trent. Trent led the Colts to 69-58 victory over the Lady Dawgs. The loss dropped Addison to 3-5 on the season.

Coach West said, “I know I have said it before, but we are a young team and we are still learning what we need to do to win. The girls are playing hard, but I need them to give that intensity for the entire game. We are not good enough to not give 100% effort and expect a good outcome. The simple fact is if we don’t play with maximum intensity we won’t win.   We are going to be a good team in the future. We have talent we just have to develop that talent and the wins will come.”

Coach Paul WIlson, Clements’ second-year head coach, said of Trent, “She loves the game and is a very hard worker. She was the best player on the floor tonight and is the heart and soul of our team. There isn’t anything that she doesn’t do well.”

Trent led all scorers with 37 points and six steals. Anderson chipped in 15 points and three rebounds.

Addison drops to 3-5 on the young season.

The Addison boys got their night off against a Clements Colts team that had only lost once on the season. The Colts were a run and gun machine who loved to go up and down the court bombing threes. Addison Coach Ben Mastin decided to slow the tempo down and play a very tough 3-2 zone defense which took away the Colts easy three-point shots.

The first period ended with both teams scoring 15 points, but the tempo seemed to be in the Dawgs favor. The period featured Clements senior guard J.T. Farrar hitting a few threes as well as junior guard Dylan Patrick driving to the lane for tough buckets. Addison attempted to get Logan “Baby Shaq” Wilkins involved by having him post up and drive the lane. Eli “Curly Howse was in control of the Addison offense. No one on then Colts could keep up with Howse as he drove to the basket at will.

The second period had Clements going on a small run to end the half by outscoring the Dawgs 15-11 to take a 30-26 halftime lead.

Coach Mastin kept the Dawgs in the locker room until 24 seconds were left in halftime. Don’t know what was said but whatever it was he needs to bottle it up and use it every game. Addison’s defense was suffocating, and the Colts were continuously frustrated by the Dawgs zone defense. The Dawgs dominated the glass and outscored Clements 18-7 in the period. Addison went from trailing by four to up by seven going into the fourth period. The entire Addison team played amazing defense in the period. The Barley Twins, Xavier “Smooth” Barley and Quentin “Fabio” Barley dominated the boards.

Howse and Wilkins continued to score, and the defense only allowed four points in the fourth period. Addison outscored the Colts 17-4 in the period to come away with a resounding 61-41 win over a good Clements team.

Coach Mastin said, “This is why we play good teams. You don’t get better by playing weak competition.  I know our record isn’t great right now, but we are a good basketball team. We are tough to beat when we play defense like we did tonight. I was so proud of how our entire team did the little things tonight.”

Clements was led by Farrar with 12 points and two boards. Patrick had eight points and five boards. Jamie Putman had nine points and three boards.

The boys pull their record to 2-5 and are looking to build on this effort. Good luck to both teams the rest of the year.