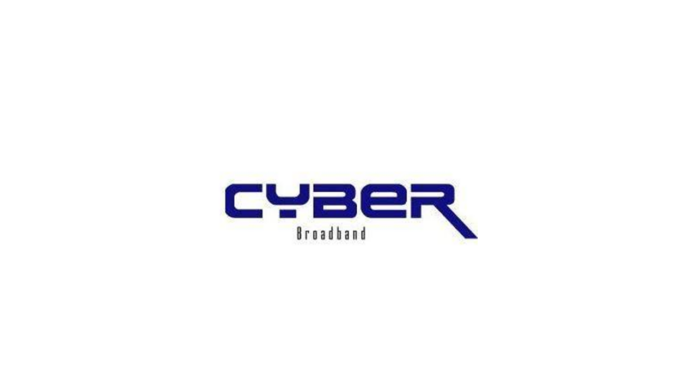 CULLMAN, Ala.  – Gov. Kay Ivey on Thursday announced she has awarded $2.9 million in grants to continue providing more Alabamians with access to high-speed internet services. The recipient of the largest grant is Cullman’s Cyber Broadband, Inc., which will receive $1.33 million to provide service availability to 1,600 households, 125 businesses and 50 community anchors in the vicinity of the Baileyton and Joppa communities in eastern Cullman County.

“It’s exciting news!” said Cyber Broadband Owner Jay Fuller. “This is the third grant we had written with the State. The first two were over in Winston County. Those particular grants, they had funded the first one back around Christmas and the second was funded about a month or a month and a half ago. We actually assumed that that round of funding was over and that we weren’t going to get this one. We were probably going to have to resubmit for this one. A little birdy told us out at the Baileyton Town Council meeting a few weeks ago that it was still in the running. I had a little hint that we had still had a chance at it, but it was still a complete surprise when it came in today.”

The governor awarded the grants to providers to extend broadband services in seven Alabama communities. With the latest funding, Ivey has awarded about $18.5 million this year to expand high-speed internet access in mainly unserved rural areas.

“The COVID-19 pandemic further emphasized how essential broadband services are to the unserved and underserved residents of Alabama,” Ivey said. “Thanks to the Broadband Accessibility Fund and broadband providers, we are making progress in ensuring that Alabamians have access to high-speed internet services, but there is no question we have a long way to go on completing this mission.”

The grants were awarded through the Alabama Broadband Accessibility Fund, which was created by the Alabama Legislature and signed into law by Ivey. It was created to assist broadband providers in extending high-speed internet service for households, businesses and community anchors in unserved areas of the state or in areas lacking minimum threshold service. A community anchor is an establishment like a police or fire department, city hall, library, school or medical facility.

“(Rep.) Randall Shedd (R-Fairview) had a lot to do with this bill, and Senator Clay Scofield over in Guntersville,” Fuller said. “They have been working for a couple of years to get some broadband funding through the state budget and this is where that money is coming from.”

He continued, “What we actually did on this particular program- our company has been around for 15 plus years; we primarily provide internet using radio technology- we’ve got equipment on water towers and things like that. We have rented the water tank near Eva that has high capacity coming off it that comes from our office in downtown Cullman. So, this grant, we can actually begin fiber at that water tank and it kind of winds its way around areas that we know have limited to no internet. It touches Joppa, it touches Baileyton, and I think it winds down somewhere around Holly Pond. We were not allowed to go into areas that other providers said that they had service, but out of the projects we wrote, this was by far the largest one.”

Shedd told The Tribune, “I’m excited about it. This is very important in the area there. It’s my understanding that 1,600 households will be eligible to utilize broadband because of the grant, and so, as well as businesses and other places throughout the Baileyton-Joppa area- not just Baileyton-Joppa but the whole area, as I understand it. These grants leverage the company’s funding, so it kindly helps make the company, make it feasible for the company to expand into an unserved area.”

Shedd and Sen. Garlan Gudger, R-Cullman visited Baileyton Town Hall earlier this year and heard complaints for local residents about broadband issues and the lack of approval for a previous state grant.

Gudger added, “You had a lot of people who had some really major issues on their internet service at their house, and some of them had to do- if they even had internet consistently- they had to do one child’s homework at a time on the internet, because they couldn’t do it all at one time on an iPad and then the computer. They had some major issues.”

Said Shedd, “People were kindly upset that the grant hadn’t been approved, but Senator Gudger and I assured them that night that it wasn’t over with, that there was some of the other companies that had filed challenges to the grant. But we got all that worked out, and Governor Ivey approved it and announced it today. So very exciting news!”

Gudger echoed Shedd’s sentiments, saying, “Thank goodness that this will be able to be awarded to help all the people out toward Baileyton and Joppa.”

Gudger pointed out that the COVID-19 shutdown, with its forced increases in people working online from home and students going online for virtual classes, helped bring about grants like this by pointing out weak points in internet coverage and areas of high need.

Shedd concluded, “A lot of people just don’t have service in the area, and so it’s my understanding that this company will offer high-speed internet and, of course, Cullman Electric Coop will, as well, in some areas, so people will have some choices, now, and go from slow or no internet to more choices. So that’s always a good thing.”

Last month, the Cullman Electric Cooperative announced the launch of Sprout Fiber Internet, which also aims to provide high-speed service to the area, but Fuller said what Cyber Broadband is doing is completely separate from that.

“We have nothing to do with them,” he said. “They are doing their thing and we are doing our thing. From what I have heard, their first round is to connect their substations. We don’t have substations. We aren’t connecting substations. Our entire mission is to provide broadband to the people. We reached out to them to see if they want to work with us, but we really haven’t gotten any kind of- well, we got a response. The response was something along the lines that, ‘We are still talking about it. We’ll let you know,” in terms of working together or them utilizing anything we do or we utilizing anything they do. They are totally separate projects. As far as I know, this was all based on what existed six months ago when we wrote the grant, so to my knowledge, it should not interfere at all. Theirs is still two to three years out from being built. I think ours will be built before theirs will be built. It’s a big project, so I would say a two-year time frame is probable, well, I know we will have to have it done within two years because that’s the amount of time the State is giving us.”

The Alabama Department of Economic and Community Affairs ADECA is administering the program.

“Having access to high-speed internet can make a huge difference in the lives of Alabamians in terms of doing business, obtaining an education and improving the overall quality of life,” ADECA Director Kenneth Boswell said. “ADECA is pleased to be a part of this process that will change lives for the better.”

The other grants awarded and coverage areas are:

Hayneville Fiber Transport Inc. (Camellia Communications) – $128,797 to provide service availability to 48 households and four community anchors in the Sherling Lake community which is northwest of the city of Greenville.

Gigafy – $178,782 to provide access availability to 486 households and 38 businesses in the vicinity of the city of Heflin.

Spectrum Southeast – $55,481 to extend broadband service availability to 55 households in the Deerfield subdivision west of the city of Selma.

Spectrum Southeast -$245,567 to extend service availability to 316 households in the Marina Marin area of Lake Martin near Alabama Highway 50.

The department is also conducting a Broadband SpeedSurvey to help identify gaps in broadband coverage for the state’s planning efforts. Alabamians can report their internet speed or lack of internet by taking the survey at https://alabama.speedsurvey.org. Those unable to complete the survey online may also call 334-353-4589 to complete it by phone.