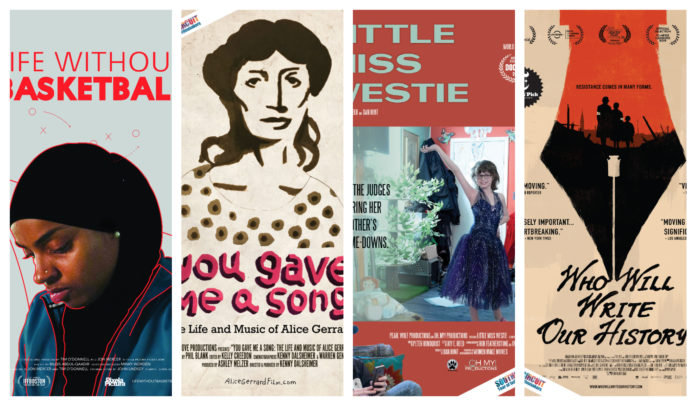 HANCEVILLE, Ala. — Due to the cancellation of screenings of Southern Circuit Tour of Independent Films in response to the coronavirus pandemic, free virtual screenings of “Who Will Write Our History” and three additional films have been made available for The Evelyn Burrow Museum at Wallace State to share with our students and community members.

The films, followed by conversations with the filmmakers, will be shown every Monday in April at 6:30 p.m. Offered as webinars, viewers will register for each film they would like to see. This will give participants access to links to view the films they registered for and an email address they can use to send questions that filmmakers may answer after the screening.

Wallace State was originally set to screen the film “Who Will Write Our History” later this month. With the change to virtual screenings, this allows access to three other films that would not have been available for screening on site.

Films to be screened include:

About the film: Bilqis Abdul-Qaadir broke records and barriers on her way to become the first Division I basketball player to play wearing hijab. When a controversial ruling ends her chances at playing professionally, she re-examines her faith and identify as a Muslim American.

About the film: At 84, old-time music pioneer Alice Gerrard performs, teaches, and inspires the next generation while safeguarding groundbreaking moments of her past.

About the film: A transgender girl participates in the Lil’ Miss Westie pageant with the aid of her transgender older brother and his hand-me-downs.

About the film: Led by historian Emanuel Ringelblum and known by the code name Oyneg Shabes, a clandestine group of journalists, scholars, and community leaders in the Warsaw Ghetto vowed to defeat Nazi lies and propaganda not with guns or fists but with pen and paper. Now, for the first time, their story is told in the documentary featuring the voices of three-time Academy Award® nominee Joan Allen and Academy Award winner Adrien Brody.

For more information, contact The Evelyn Burrow Museum at burrowmuseum@wallacestate.edu or leave a message at 256-352-8457.